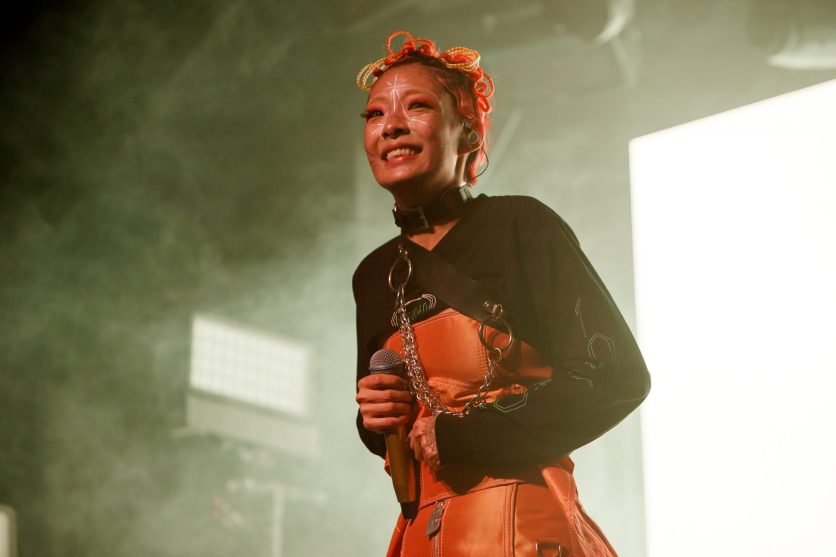 This isn’t a usual Rina Sawayama track. Well, to say Sawayama has a “usual” track would be a disservice. The artist recently has leaned into the pop scene with tracks like “Cherry” and “Flicker,” but songs like nineties R&B/techno “Cyber Stockholm Syndrome” show a history of variety and musical exploration. But still who could expect her new single “STFU” would be nu-metal?

“‘STFU!’ is a song about releasing the RAGE against microaggressions,” she wrote in a press release. “As a Japanese girl growing up in the West I dealt with an array of aggressors ranging from: sexual stereotypes…to people shouting Asian greetings down the street (nihao! Konnichiwa!), and finally to people doing ‘slit eyes’.”

And “RAGE” she channels. The track begins with an introduction more akin to the Halloween season—the video is a white man going through a rolodex of offense on a date with Sawayama—before she launches into a howl that propels the rest of the track. “How come you don’t expect me to get mad when I’m angry?” she sings as faceless screams decorate the background. “How come you don’t respect me? Expecting fantasies, leave our reality, why don’t you just sit down and…” Now enter the shut the fuck up’s.

Sawayama has been around for a few years and has even made an appearance on Mother Jones before. Previous tracks have explored a more bubblegum take on crushes and loves. But “STFU!” is a track for anyone who’s constantly had to deal with the never ending attack of microagressions. It’s a track that’s built to be blasted, and built to be screamed. It is nu-metal except, it’s not a white dude with dreds yelling this time. It’s Rina reclaiming her space and time, and inviting others to do the same.