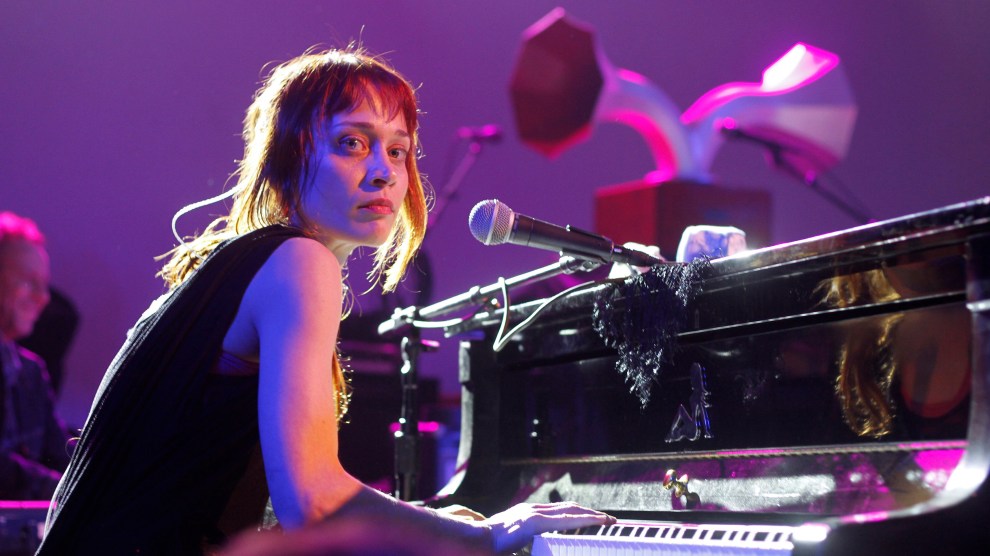 Fiona Apple has spent the better part of the last decade in her Venice Beach house, rattling the box that holds her dead dog’s bones.

On Fetch the Bolt Cutters, her first album in eight years, it’s one of many household objects Apple employs as a percussive instrument. Other items—writes the New Yorker’s Emily Nussbaum in a recent profile—include “containers wrapped with rubber bands, empty oilcans filled with dirt, [and] rattling seedpods that Apple had baked in her oven.”

“I’ve always felt like [my house] doesn’t want me to go anywhere,” Apple said in a recent interview with Vulture. “So I’m like, ‘All right, I’m going to give you what you want, house. I know you deserve to be the record. I’m going to make you the record.'”

Somehow, trapped inside on the record, Apple escapes the sadness that defines her previous albums, each song crescendoing into something angry and funny and, ironically, free. The reclusive Apple accidentally created the perfect album for quarantine, which she describes as being “no different than normal” for her and her housemate, Zelda Hallman.

The album doesn’t indulge in escapism or nostalgia. Instead, it fosters the beauty one can create in her own cluttered bedroom, a kind of claustrophobic delight to match the heavily layered and often chaotic sound Apple has grown into. Apple summed up for Vulture the message that underscores the album: “Fetch the fucking bolt cutters and get yourself out of the situation you’re in, whatever it is that you don’t like. Even if you can’t do it physically.”

The mind-numbing mundanity of sheltering in place has got me a little existentialist, a little dreadful, a little wary of the point of it all. I now cling to these lines from the second verse of the first track on the album, “I Want You To Love Me”: “I know that time is elastic / And I know when I go / All my particles disband and disperse / And I’ll be back in the pulse / And I know none of this will matter in the long run.”

As I sprawl in my apartment, summoning the creative impulse that has withered without glimpses of others’ lives in subway cars and cafes, or experiences to distinguish the days, I turn on Fetch The Bolt Cutters and let Fiona lead me not to the sad and introspective place she always has, but to someplace within my own dwelling, transformed bustling and new.