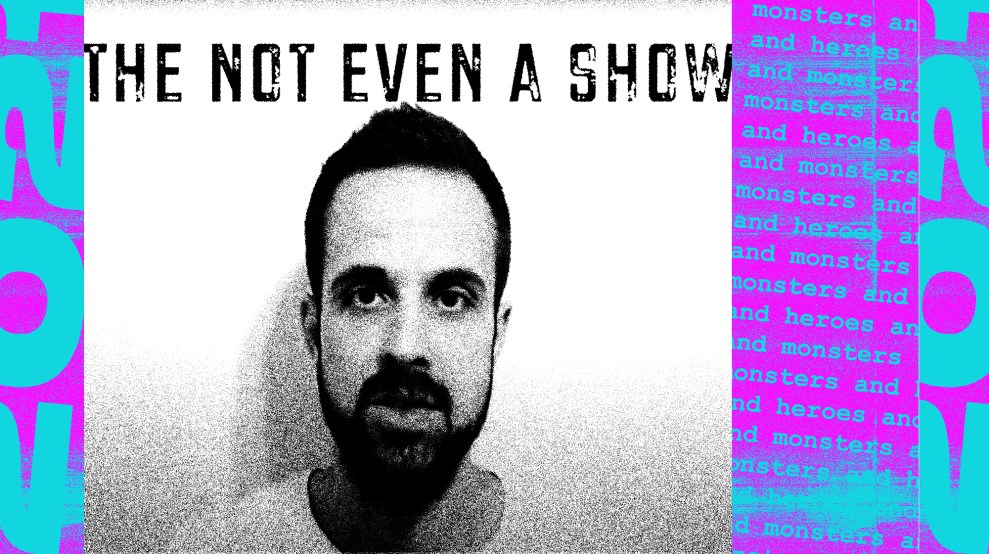 Not since the days of watching Comedy Central’s Crank Yankers as a teen have I enjoyed the simple art of the prank call as I did in 2021. Every week this year, the Canadian comedian Chris James’ streamed The Not Even a Show and I watched him put a thumb to the eye of the most revered figures within MAGA-land.

James is a stand-up comedian who lives in Vancouver. Making a living doing shows is difficult in Canada, and James didn’t want to move to the states, so he had the idea to host a show online. But it wasn’t until he came across the radio show of former Boston Red Sox Ace turned Breitbart hack Curt Schilling, found his calling. From there, the prank calls became an art. Instead of the hapless unknown targets we chose as teens, James’ victims are a who’s who of grifters, bigots and liars of the right wing political scene.

In the four years since Schilling, he’s pranked Marjorie Taylor Greene, Ben Shapiro, Brian Kilmeade, Mike Lindell, Sebastian Gorka, Dennis Prager, Nigel Farage, and Rudy Giuliani, among many others. He has a few particularly entertaining ongoing bits with lesser-known radio cranks like JJ McCartney and Ed Tyll. If McCartney hears the word “shirt,” it triggers a full-blown meltdown, and Tyll is locked in a blood-feud with a character James plays named Roy, who at some point called to start a fight with Tyll. Both predate my watching of the show, and it’s fun to go back through the catalog and track the evolution of James claiming real estate in his victim’s brains.

While James has signature digs, like making fun of the size of Gorka’s head or asking Giuliani about his cousin, this year James took his show to a new level. He began to appear on video programs, or hosted his own fake talk-shows booking guests like Roger Stone, Richard Spencer, Joe Arpaio, who he either torments until they leave the call, or breaks the fourth wall and outright tells them they’re a piece of shit to their face.

But his most brilliant bits are when he portrays characters that are able to push the sycophancy and dishonesty of the right to its most hilarious limits.

Officer Steve, a “law enforcement officer,” expects the utmost deference from the hosts and misconstrues everything they say as evidence of their insufficient respect for police. Patriot Pete demands that every self-identified Patriot immediately commit to move to Washington D.C and challenges hosts to turn up their shirt tags to prove they only buy clothing manufactured in the U.S.A. Darryl Craft is a comedian who can’t get any gigs anymore because of cancel culture and political correctness, and then shows how far people will go along with a bit if it’s supposedly being suppressed by social justice warriors.

There is a sobering fact hovering in the background of The Not Even a Show. These people have big audiences—bigger than James—which gives the show a laugh-to-keep-from-crying quality that feels right at home in 2021. James’ targets may have a depressing amount of money, power and influence on the state of majoritarian Democracy, but at least he can make them look like absolute idiots on a regular basis.