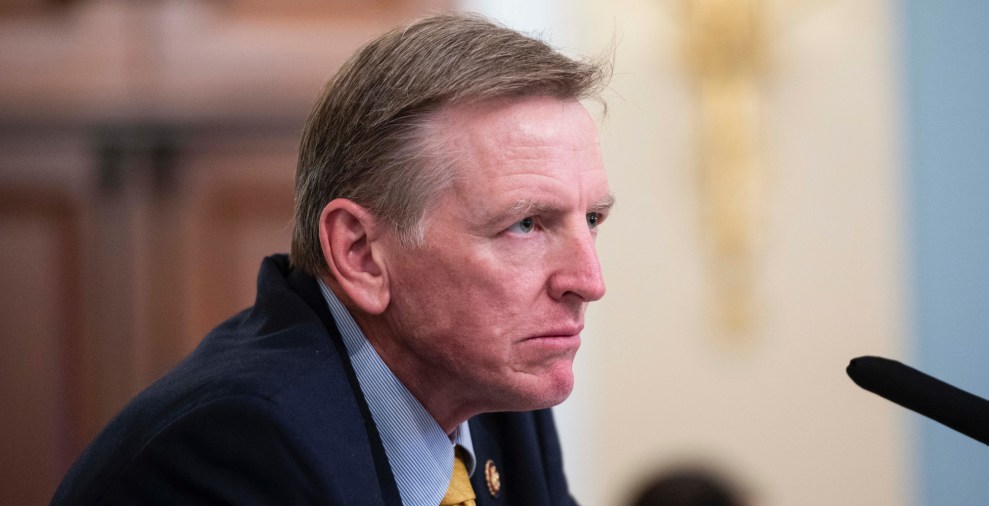 Rep. Paul Gosar (R-Ariz) skipped key votes in the House of Representatives, citing the “ongoing public health emergency,” to instead attend a conference hosted by white supremacists in Orlando, Florida on Friday.

Gosar, whose six siblings memorably endorsed his congressional opponent in a 2018 ad, has a long flirtation with far-right extremism. He appeared Friday at a white supremacist gathering in Orlando, America First Political Action Conference (AFPAC) organized by Nick Fuentes, a white nationalist figurehead and instigator of the Jan. 6 insurrection.

Gosar has fanned the flames of the Jan. 6 insurrection himself by calling the Democrats’ win an attempted “coup” and then President-elect Joe Biden an “illegitimate usurper.” After the election, he wrote in an op-ed promoting the “Stop the Steal” rallies: “Be ready to defend the Constitution and the White House.” His past ties to the right-wing militia group Oath Keepers are already under scrutiny. In 2017, he dismissed right-wing violence in the deadly Charlottesville Unite the Right rally as the doing of George Soros, lying about how the billionaire known for backing progressive causes was actually behind the violence. “Who is he?,” Gosar said. “I think he’s from Hungary. I think he was Jewish. And I think he turned in his own people to the Nazis.”

Here's another bit from the Nick Fuentes speech at AFPAC, delivered right after Rep. Paul Gosar got off the stage. Gosar's speaking at CPAC in a couple hours. Fuentes joked that he'd get a call from his lawyer afterward. pic.twitter.com/N0nX0maXrZ

On Saturday, Gosar, at CPAC, half-heartedly tried to distance himself from the association with white supremacists, saying, “I denounce when we talk about white racism.”

Paul Gosar kicked off his CPAC panel with a muddled attempt to distance himself from the white nationalist event last night. “Before I get to that, I want to tell you — I denounce when we talk about white racism. That's not appropriate.”

Gosar wasn’t the only member of Congress to skip Friday’s House session. Rep. Matt Gaetz (R-Fl), like Gosar, enlisted colleagues to vote by proxy, signing letters saying, “I am unable to physically attend proceedings in the House Chamber due to the ongoing public health emergency.” Instead, Gaetz spoke at the in-person CPAC on Friday, where the event’s thousands of attendees loosely followed policies on wearing masks.

The Republicans skipped a slate of important votes, including a $1.9 trillion COVID-19 stimulus package and a public lands measure to protect 1.5 million acres of new wilderness and to protect 1,200 miles of waterways. The Republicans had their proxies oppose the bills.