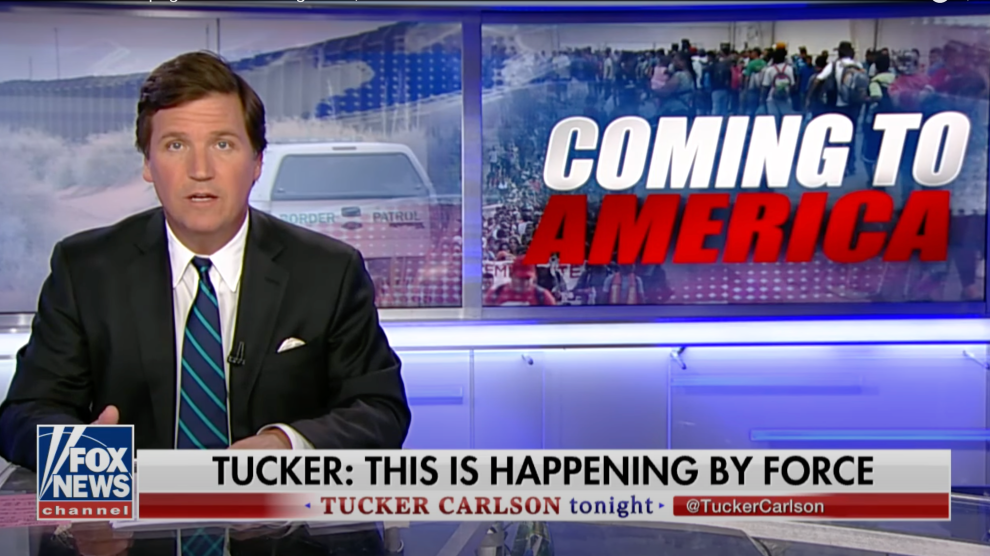 The mass shooting inside a crowded Buffalo, New York, supermarket on Saturday, which killed 10 people and injured three more, is renewing fierce condemnation of the racist conspiracy known as the “great replacement theory,” after a manifesto believed to have been written by the gunman was uncovered online.

The theory is popular among white supremacists and is predicated on the racist falsehood that white people are purposely being replaced by people of color. It’s reportedly all over the 180-page document written by the alleged gunman, a white 18-year-old who drove hours from his home to perpetrate the attack, in which he outlined detailed plans to carry out Saturday’s massacre. Those plans revealed that the alleged gunman specifically targeted the supermarket because its neighborhood had a high percentage of Black residents. “Zip code 14208 in Buffalo has the highest black percentage that is close enough to where I live,” a line from the manifesto reads.

Also reportedly referenced in the manifesto is the gunman who killed 49 people at two mosques in Christchurch, New Zealand, in 2019. At the time, a similarly racist document was found online, in which the gunman cited “invaders” and millions of people coming across the border “invited by the state and corporate entities to replace the White people who have failed to reproduce.”

Beyond the massacre in Christchurch, fears of a “great replacement” have fueled numerous mass shootings and other acts of violence against immigrant communities in the US in recent years, including the 2019 El Paso mass shooting inside a Walmart store. (My colleague Fernanda Echavarri traveled to El Paso shortly after the shooting; she detailed the devastation of the community and America’s new normal in a moving episode of the Mother Jones Podcast, which you can listen to below.) The theory became especially popular during the Trump administration when right-wing media, the president, and some Republican members of Congress openly promoted the same viciously racist views and warned of a violent “invasion” of immigrants.

But the most prominent espouser of the theory has arguably been Tucker Carlson. In a damning three-part series examining Carlson’s outsized role in stoking white supremacist fears, the New York Times recently found that Carlson has long pushed the false conspiracy theory that Democrats were carrying out an elaborate mission to bring “more obedient voters from the third world” in order to replace the current electorate and win elections. Carlson has even defended the theory’s role in motivating the January 6 attack on the US Capitol building.

Carlson is sure to receive fresh scrutiny in the wake of the Buffalo tragedy. Of course, none of this will prompt any meaningful punishment for the Fox News host. After all, embracing Carlson’s white supremacist views is now the bread and butter for the rest of the GOP.