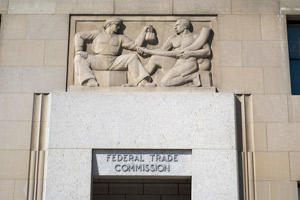 Bad news for financial scammers, predatory lenders, and peddlers of phony weight loss remedies: The Federal Trade Commission (FTC) has named the new head of its consumer protection bureau—and he’s a consumer protection champion, a formidable litigator with a resume full of public interest victories. On Tuesday, the FTC announced that David Vladeck will be filling this key post, a sign that the Obama administration intends to challenge the business world’s business as usual.

A longtime veteran of Public Citizen, the public interest outfit by Ralph Nader, Vladeck is a leading luminary of the consumer movement. For a decade, he directed the nonprofit’s litigation group. He’s considered an expert on regulatory reform and the First Amendment and has a successful track record of litigating public interest lawsuits—one of the primary functions of the bureau he’ll be leading.

Among Vladeck’s many public interest wins: He helped force the Occupational Safety and Health Administration to issue health standards for a host of toxins in the workplace. He represented members of Congress in a case successfully challenging the EPA’s failure to implement amendments to the Clean Air Act. He helped win the release of thousands of pages of government documents relating to the prosecution of alleged Soviet spy Alger Hiss. He successfully challenged a private prison company’s claim that its guards were immune from civil rights actions. In the 1980s, he even sued the FTC itself, after it issued rules saying that the smokeless tobacco industry didn’t have to put a congressionally mandated health warning on promotional materials like T-shirts, beach towels, hats, and other freebies. (He won.)

After leaving Public Citizen in 2002, Vladeck joined the Georgetown Law School faculty to train the next generation of public interest lawyers. He hasn’t worked in government since 1976, when he was a clerk in the US attorney’s office for the Southern District of New York. But his latest career move isn’t so surprising. He comes from a family of liberals with a public service bent. His mother, Judith Vladeck, was a famous New York labor lawyer who sued Wall Street investment firms like Smith Barney for sex discrimination and harassment, and she won multimillion settlements for victims of pay discrimination. Vladeck’s brother, Bruce, worked in the Clinton administration as head of the Health Care Financing Administration, overseeing Medicaid and Medicare. And his sister is a labor lawyer in the firm founded by his father.

In an interview, Vladeck says he was shocked when the new FTC chairman, Jon Leibowitz, called him “out of the blue” and offered him this job. But Vladeck is well acquainted with the FTC’s history. He spent a good part of his life working for Nader, whose “raiders” made the FTC one of their first targets in the late 1960s. They exposed patterns of cronyism and lethargic work habits of employees of “the old lady of Pennsylvania” that led to major reforms at the agency. And despite having sued the agency, Vladeck says he has good relationships with the staff there already. Vladeck’s high profile has the potential to bring some new life to the FTC, long viewed as a sleepy backwater of the federal bureaucracy. In fact, Vladeck says he has already been inundated with applications from “phenomenal” candidates who would like to work for him at the agency.

Vladeck says he intends to focus the office on the financial services sector, an area long neglected by the FTC and other federal agencies during the Bush administration. While the agency has broad authority to protect consumers from deceptive and unfair business practices, including those by finance companies, it largely failed to act as mortgage lenders laid the groundwork for the current financial meltdown. Under the Clinton administration, the FTC had actually made a big push to crack down on predatory and subprime lending, a growing problem in the late 1990s. But the FTC went MIA once the Bush administration took office. The commission’s major claim to fame of late? Implementing the “do not call registry” to keep telemarketers from pestering people during dinner.

During the Bush years, the FTC brought an average of one subprime lending case a year (in 2004 and 2005 there weren’t any), even as the industry was experiencing record growth and complaints mounted about abusive practices leading to home foreclosures. It did, however, take action against mortgage giant Ameriquest, albeit with a civil suit for violating the do-not-call rule. It settled that case in 2007, a little more than two months after the company shut down. Vladeck won’t comment on his predecessors, but says that going forward, he hopes the agency will do more to reach out to consumer advocates on the ground, like legal services lawyers who are dealing with the foreclosure mess. “They’re sentinels,” he says. “They see a lot of the problems even before the state [attorneys general].”

Vladeck’s appointment comes at a critical time, as Congress is considering giving the agency more power to crack down on abusive and deceptive lending practices. As he settles into his new role, he could find himself one of the more powerful government players when it comes to reshaping of the nation’s financial system.

Unsurprisingly, consumer advocates are cheering his appointment. “David’s appointment is some of the best news for consumers in decades,” says Rosemary Shahan, head of Consumers for Auto Reliability and Safety, a California nonprofit group. “It’s also an encouraging sign that the new administration gets it that they need to actually deliver for consumers, not just go through the motions, in order to keep any credibility and political capital.” Indeed, an appointment like this one suggests that the real change coming from the Obama administration is often best viewed not from the top, but from somewhere in the middle, in long-neglected regulatory agencies where the real work of governing is done.