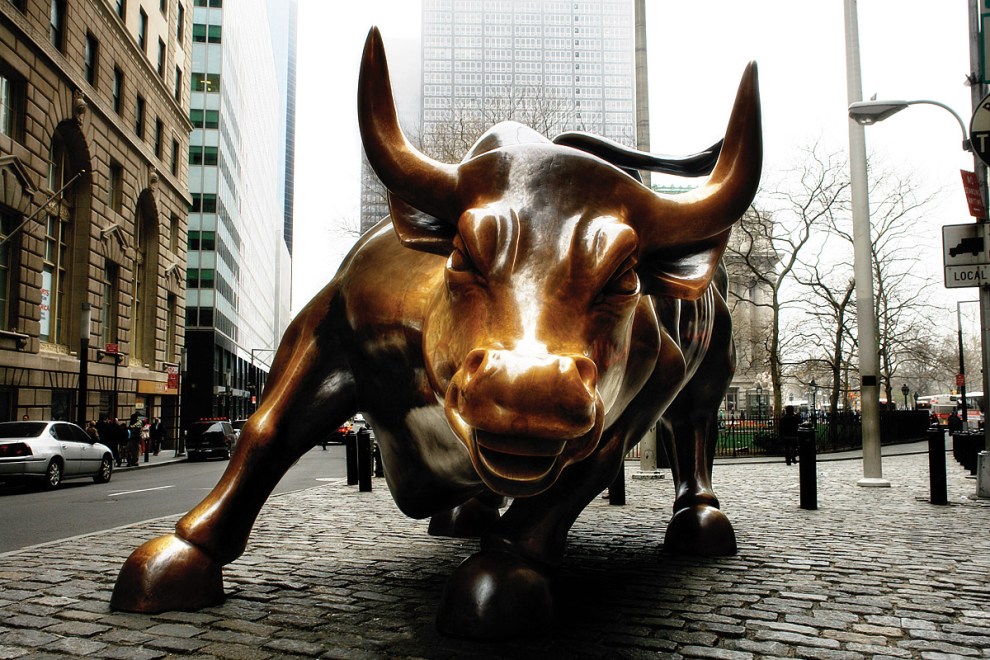 The strategic communications specialist advising a financial industry effort to enhance Wall Street’s image has plenty of experience in spinning the American public: In the Bush White House, he was one of the aides in charge of the administration’s fact-bending campaign to sell the Iraq War.

Bloomberg reported on Thursday that Jim Wilkinson, a one-time senior aide to former Treasury Secretary Henry Paulson, is part of a campaign, spearheaded by the Securities Industry and Financial Markets Association (SIFMA), to quell the upsurge of “populist” anger directed at the financial sector. But the story leaves out an important part of his résumé: He’s a GOP PR operative with a history of disseminating misleading information and once served as the deputy communications director in the Bush White House.

In the run-up to the Iraq War, Wilkinson was a member of the White House Iraq Group, which devised the administration’s information offensive making the case for deposing Saddam Hussein. He played a key role in drafting “A Decade of Deception and Defiance,” a white paper circulated in September 2002. The report outlined the myriad ways in which Saddam’s regime had flouted international sanctions, along with its alleged pursuit of weapons of mass destruction and supposed links to terrorism. The paper, riddled with information that has since been debunked, relied in part on the claims of an Iraqi defector, Adnan Ihsan Saeed al Haideri, who had previously been deemed unreliable by intelligence officials. Nevertheless, the document was released to back up Bush’s speech to the UN General Assembly on September 12, in which the president laid out a host of allegations against the Iraqi dictator. Among other things, Bush claimed, “Iraq has made several attempts to buy high-strength aluminum tubes used to enrich uranium for a nuclear weapon. Should Iraq acquire fissile material, it would be able to build a nuclear weapon within a year.”

By November 2002 Wilkinson had been installed as Central Command’s (CENTCOM) director of strategic communications, where he coordinated the administration’s information campaigns on Afghanistan and Iraq. As the military’s “Shock and Awe” campaign commenced in March, Wilkinson presided over press conferences at the military’s forward base in Doha, Qatar, where reporters were fed a daily dose of spin and misinformation.

In an updated version of The First Casualty, a comprehensive account of journalism during wartime, Phillip Knightley writes that in Doha:

stories were floated, picked up, exaggerated, confirmed and then turned out to be wrong. Basra was secured—it fell seventeen days later. Um Quasa fell daily. Saddam Hussein had been killed; Tariq Assiz had defected—both stories were wrong. There was an uprising in Basra that never happened even though Central Command announced at a briefing that it had. Was this deliberate strategic disinformation?

At one point, Wilkinson claimed that Saddam’s forces were seeking uniforms “identical down to the last detail” as those worn by US and British troops. He said Saddam’s Fedayeen intended to “wear them when conducting reprisals against the Iraqi people so that they could pass the atrocities off as the work of the United States and the United Kingdom.” His claim was never corroborated. Wilkinson was also in charge of CENTCOM briefings when the phony story about Private Jessica Lynch’s dramatic capture and rescue was floated, though, when this incident was later probed [PDF] by a congressional panel, he claimed he was unaware of the source of the false information provided to the press.

Wilkinson (who’s also credited with promoting the 2000 campaign meme that Al Gore said he created the Internet) later moved on to the Treasury Department. There he served as Paulson’s senior strategist and adviser, counseling the treasury secretary and former Goldman Sachs CEO on crisis management and other matters. At the close of the Bush administration, he joined the powerhouse international PR and communications firm of Brunswick Group. In March, Michele Davis, who’d served as Paulson’s public affairs director, signed on with the firm as well.

Along with Davis, Wilkinson is now fighting a new information war, on behalf of embattled finance firms yearning for the days when million-dollar bonuses and luxury retreats were none of the public’s business. The pair are part of a Brunswick team that’s devising SIFMA’s PR campaign, which earns the company a retainer of $70,000 a month. The strategy, according to documents obtained by Bloomberg, calls for a “city-by-city, grass roots” effort targeting such international hubs as New York, London, Washington, and Brussels. The goal: to convince the public that Wall Street is open to reform, and is part of the solution, not the problem. But what does it say about Wall Street’s commitment to change that it turned to a man notorious for misleading PR campaigns to sell the US public on its transformation?