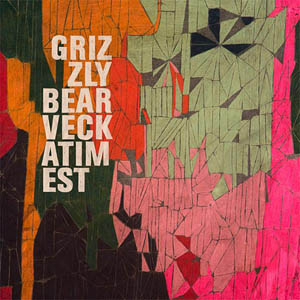 Veckatimest is one of the most anticipated and best-reviewed indie rock records of the year—”a game changer” and rare 9.0 on the Pitchfork scale that is said by The New Yorker to capture “a band in full, collaborative density.” On this, its fifth release, Grizzly Bear has expanded its psych-folk sound in multiple directions, making it sweeter and happier, or alternately jazzier and brusquer. The choirboy melodies brood and pine, the odd instruments meet seamlessly and neatly layer. The album took more than a year to make. Which is why, ever since its release in May, I’ve been wondering how it could be that I like it a lot but don’t totally love it. Is the problem with me, or with Grizzly Bear?

If there’s a literary analogue to Grizzly Bear, it’s Bruce Chatwin’s In Patagonia. Chatwin was a gay Londoner who worked at Sotheby’s before becoming a travel writer; he built vignettes with the same attention to detail as one might construct the leg of a Chippendale cabinet. Yet this tendency toward the baroque was leavened by the rough beauty of Chatwin’s subject matter. The same dialectic animates Williamsburg-based Grizzly Bear: Acoustic plucking, flutes or strings, and nearly effete falsetto harmonies lift us effortlessly on the wings of electric feedback toward the harshly sublime.

That’s Grizzly Bear at its best, and Veckatimest achieves it in songs like “Ready Able,” a Peter Pan journey into an Amsterdam in the clouds, or “While You Wait for the Others,” which marches up a chilly ridge of bass-line boulders and spiky guitars to reach a shimmering lake of pop, where one imagines Feist in a rowboat. But this time around, Grizzly Bear spends much more time in the picturesque foothills, stopping to smell the flowers in the exuberant “Two Weeks,” or traversing a beautiful plateau of harmonies over the catchy beats of “Cheerleader.” It’s often more polished, varied, and intimate than the band’s 2006 release, Yellow House. I see it as part of the zeitgeist in Williamsburg, and that might be why I don’t quite like it as much as Grizzly Bear’s older material.

Perhaps it’s an East Coast/West Coast thing. Yellow House is perfect for driving the rugged California Coastline. In “Easier” you emerge from a bank of cold fog and gaze across a glistening infinity; in “Knife” you traverse the Old West into the new one; in “Central Remote” you swoop between the crashing waves and the cold cliff-top winds. It’s in Yellow House that Grizzly Bear earns its name.

Don’t get me wrong, Veckatimest is great. It’s just not sublime. Grizzly Bear clearly benefits from its New York community, but for its next album it should look West again. The Rockies, the Sierra Nevadas, or to where their namesake roams, Alaska.