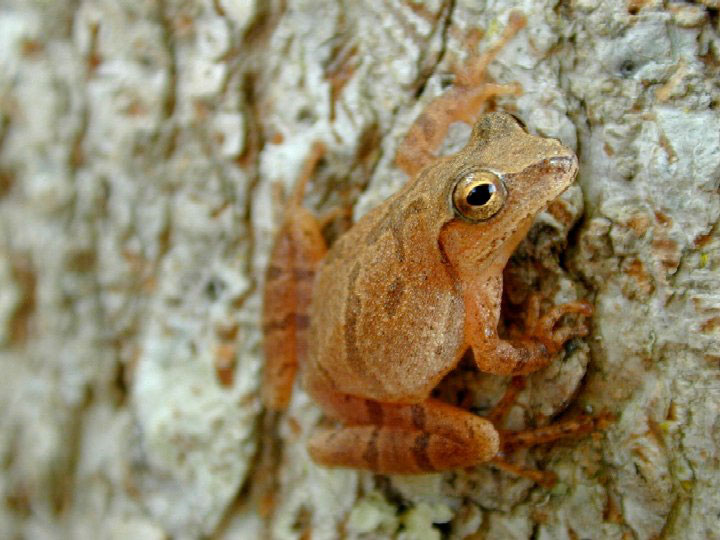 Hard to believe but the Environmental Protection Agency commonly uses 4-day tests to set safe levels of pesticide exposure for humans and animals. New research suggests this timescale is way too short and doesn’t begin to account for long-term effects.

The new data, published in Environmental Toxicology and Chemistry, describe how the highly toxic pesticide endosulfan—a neurotoxin banned in several nations but still used extensively in US agriculture (check out the CDC’s outdated description)—exhibits a “lag effect” after direct contact has ended.

The researchers exposed nine species of frog and toad tadpoles to endosulfan levels already occurring in the wild for the EPA’s required 4-day period. After 4 days the amphibians were transferred to clean water for an additional 4 days.

Although endosulfan was ultimately toxic to all species, three species of tadpole showed no significant sensitivity to the chemical until after they were transferred to fresh water. Within 4 days of being moved, up to 97 percent of leopard frog tadpoles perished along with up to 50 percent of spring peeper and American toad tadpoles.

Tadpoles and other amphibians are famously sensitive to pollutants and considered environmental indicator species. The authors suggest that if endosulfan does not kill the world’s most susceptible species in 4 days, then the 4-day test period is inadequate to gauge the long-term effects for larger, less-sensitive species—like us.

Co-author Rick Relyea said: “For most pesticides, we assume that animals will die during the period of exposure, but we do not expect substantial death after the exposure has ended. Even if EPA regulations required testing on amphibians, our research demonstrates that the standard 4-day toxicity test would have dramatically underestimated the lethal impact of endosulfan on even this notably sensitive species.”

A second paper by some of the same authors in the same journal expands on Relyea’s earlier findings that the popular weed-killer Roundup® is “extremely lethal” to amphibians in concentrations found in the environment. The latest report on Roundup® is available on Pitt’s website (pdf).

Last year Relyea reported that the world’s 10 most popular pesticides combine to create “cocktails of contaminants” that can destroy amphibian populations—even if the concentration of each individual chemical is within levels considered safe to humans and animals. I reported on this at TBM at the time. The cocktail killed 99 percent of leopard frog tadpoles. Endosulfan alone killed 84 percent.

A month earlier, Relyea published a paper in Ecological Applications reporting that gradual amounts of malathion (the most popular insecticide in the US)—too small to directly kill developing leopard frog tadpoles—nevertheless sparked a biological chain reaction that deprived the amphibians of their primary food source. As a result, nearly half the tadpoles in the experiment would have died in nature.

In other words, pesticides really really suck. How much research more does the EPA need to embrace 21st-century science?