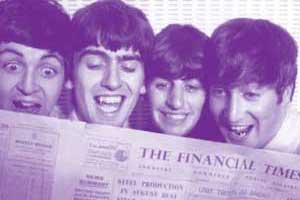 One afternoon in the late 1980s, I was vegging in front of the tube when a mysterious ad for a new amusement park ride called the Revolution came on. Its coolly contradictory tag line was hard to forget: “The Revolution Will Not Be Televised!” Of course, that catchphrase wasn’t written by a copywriter but Gil Scott-Heron, the poet and musician who’d originally sung it as a declaration of independence from the very folks who’d take his lyrical manifesto and turn it into a 30-second earworm for pubescent cartoon watchers. How his signature song ended up in a Great America ad, I have no idea. But Scott-Heron, whom Alan Light profiles in our current issue, wasn’t the first nor the last musician to have his or her message repackaged for prime time. Some more examples of turning musical rebellion into money:

1987 Gil Scott-Heron’s proto-hip-hop anthem “The Revolution Will Not Be Televised” goes for a spin in a TV ad for Great America’s new ride, the Revolution.

1995 KRS-One rewrites “The Revolution Will Not Be Televised” for a Nike ad. Sample lyrics: “The revolution will not refrain from chest bumping…The revolution is about basketball, and basketball is the truth!”

2000 The Who’s “Won’t Get Fooled Again” takes a bow for the new revolution—the Nissan Maxima.

2005 Tommy Hilfiger conscripts Jefferson Airplane’s “Volunteers” (“Got to revolution!”) for a spot filled with teen hotties.

2005 Lefty rocker Steve Earle okays the use of his “The Revolution Starts Now” in a Chevy truck ad.

2009 A British “ethical banking” firm convinces Bob Dylan to lend the rights to “Blowin’ in the Wind.”

Watch some of the ads below the jump.