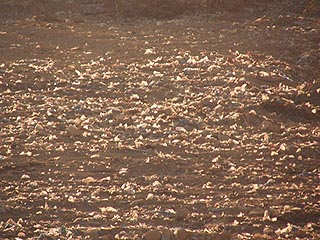 Recognizing the need to protect Wisconsin’s lakes and rivers, which support a large and economically important tourism industry, and which provide drinking water for a large portion of Wisconsin’s residents, the State no longer allows sale of phosphorus-containing lawn products intended for maintenance (recurring) application. There are exemptions for starting up a new lawn, gardening, and so on, but the bottom line is that retailers and producers are going need to stock no-phosphorus lawn care products.

Washington DC’s 5 cent tax on plastic bags, instated just this past January, has already proven to have a phenomenal impact: the number of plastic bags handed out by supermarkets and other establishments dropped from the 2009 monthly average of 22.5 million to just 3 million in January. While significantly reducing plastic waste, the tax simultaneously generated $150,000 in revenue, which will be used to clean up the Anacostia River.

t might come as a surprise to some, but pretty much all cities in the U.S. (and the world) have only a vaguest idea of how much parking spaces (public and private) they have. Almost all of them, but now there’s a sizeable exception: San Francisco spent the past 18 months counting parking spaces. Total: 441,541 spaces. Over 280,000 on streets, 25,000 of which are metered. Now that this is know, decisions about removing or adding parkings can be informed, and be part of a bigger-picture plan.

Peruvian farmers are about to get a windfall–and it’s all thanks to the burgeoning carbon offsetting market. Recently, one particular section of Peru was selected to be the site of a massive reforesting operation to offset CO2 emissions of Nestle Waters France over 6 thousand miles away. But, in age where the appearance of environmental responsibility often supersedes actual responsibility, the bottled water company has enlisted the help of France’s most well-known environmentalist to head the tree planting project to show that all is on the level–and he insists that Peruvians won’t be the only ones to benefit from it.

The US May Finally Get a Bigger Gas Tax, But Would It Work?

The US has long had among the most minuscule taxes of transportation fuels in the developed world–blame it on our deeply ingrained car culture or the plethora of wide open spaces that make transit via automobile seem more like a need than a privilege. Either way, we may finally see a significant bump in the amount consumers pay at the pump—one of the anticipated provisions in the soon-to-be-released Kerry-Graham-Lieberman energy reform bill is a proposed spike in the national gas tax. But would such a tax accomplish its intended goal of curbing carbon emissions and deterring Americans from relying so heavily on automobiles?