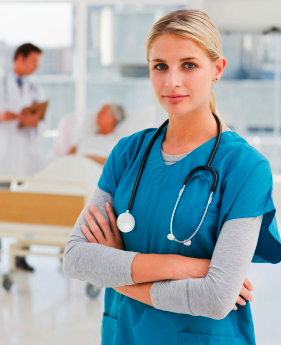 As more parts of health care reform are put into place, it’s become clear that there’s going to be a growing gap between states that have the political will to scrutinize insurance companies and protect consumers—and those that don’t. In the New York Times, Robert Pear explains how some states still don’t have the legal authority to enforce the new consumer protection rules set to go in effect next month.

Thirteen states, for example, don’t have the authority to review “unreasonable” insurance rate increases, which will be scrutinized under the new law. Consumer advocates say that such new laws will protect consumers who’ve been the victims of price-gouging by insurers like the much maligned Anthem, a WellPoint subsidiary that provoked a popular backlash after proposing a 39 percent rate hike this year.

But while some state regulators are planning to ask state legislators to pass laws that would allow them to insurers in line, others are more complacent. Arizona is one example, Pear points out:

Arizona said it was unlikely to pass legislation authorizing any state agency to enforce federal insurance standards, in view of its participation in a lawsuit challenging the federal law. Moreover, it said, Gov. Jan Brewer has “instituted an indefinite rule-making moratorium, so we have no plans to adopt rules related to enforcement” of the law.

Contrast this approach with a state like New York, which has historically been more aggressive about holding insurers’ feet to the fire:

Gov. David A. Paterson of New York said his state would require insurers to rewrite their contracts to include the new consumer protections. State officials have developed model language. In addition, Mr. Paterson said, the Legislature will consider amending state insurance laws so they “meet or exceed” federal requirements.

It’s no surprise that the difference between the two approaches toward the new health care law falls along political lines, between blue states that have embraced reform and red states that are suing the government over it. Perhaps if the health care lawsuit fails quickly in court, the 20 states that have joined on will more willingly adapt to the new law, knowing they won’t have a legal recourse to opt out.

But if red states never end up picking up the slack, the Affordable Care Act has a significantly less likely chance to succeed. As Jonathan Cohn explains, for the health law to deliver what has been promised—lowering costs, protecting consumers, and expanding access—insurers will have to change their behavior. State regulators will be on the front lines to make sure that they do so. If they fail to take up their responsibilities, health care reform will be more likely to fail—not because of the new laws, but because they were never properly put in action in the first place.