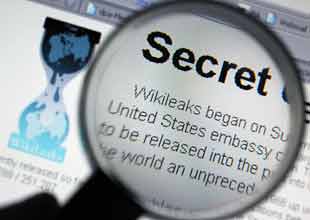 During a May 16, 2009, meeting in Riyadh with a senior Saudi official, Ambassador Richard Holbrooke—the Obama administration’s special adviser on Afghanistan and Pakistan—said that corruption in Pakistan was a problem but indicated that Washington had decided not to focus on it, according to a confidential cable sent from the US embassy in Riyadh to the State Department that was released by WikiLeaks.

Holbrooke was meeting with Prince Mohammed Bin Nayef, Saudi Arabia’s assistant interior minister, and much of the conversation concerned Pakistan. Holbrooke emphasized that to resolve the conflict in Afghanistan, the US and Saudi governments need to work together regarding Pakistan. Yet the meeting showed there were differences. MbN—as the cable called him—said that the Saudi government “viewed the Pakistan army as the strongest element for stability in the country.” In reply, Holbrooke noted the US supported Pakistan’s democracy.

Holbrooke was in Saudi Arabia to brief officials on the Obama administration’s policy on Afghanistan—which emphasized achieving stability in Pakistan. According to the cable, he told the prince, “The U.S. might be able to live with some degree of instability in Afghanistan, but not with an unstable Pakistan, because of Pakistan’s nuclear arms, fragile politics, and relationship with India.” MbN said the Saudis “absolutely” shared this perspective. (The cable noted that King Abdullah and Foreign Minister Prince Saud al-Faisal said the same thing in subsequent meetings with Holbrooke.)

Holbrooke, a veteran diplomat, said that the US and Saudi Arabia shared a common purpose regarding Pakistan but had not yet forged a “common collaboration.” If Pakistan were to fall apart, Holbroke remarked, the consequences for Saudi Arabia would be “unimaginable,” particularly if unfriendly hands snatched Pakistan’s nuclear weapons. “God forbid!” the prince exclaimed.

Holbrooke was angling for more Saudi assistance to Pakistan that would help the civilian government. Yet MbN was more keen on talking up General Ashfaq Kayani, the powerful Pakistani army chief of staff. He told Holbrooke the army was Pakistan’s “best bet” for stability. And the Saudis, MbN declared, care deeply about stability in Pakistan, given that 800,000 Pakistanis and more than 1 million Indians live in Saudi Arabia. MbN noted that the Saudis would not support a military coup in Pakistan, but he clearly wasn’t worried that Kayani could become the de facto ruler of Pakistan. (A February 12, 2010, cable from the US embassy in Riyadh reinforced this point: “The tumultuous democratic process in Pakistan makes the Saudis nervous, and they appear to be looking for ‘another Musharraf’: a strong, forceful leader they know they can trust.”)

The cable reported that when the matter of corruption in Pakistan emerged, Holbroke “agreed” it was an issue, but he said that “the US had decided it was more important to help Pakistan.” (In a March 3, 2009, secret cable to FBI director Robert Mueller, the US embassy in Islamabad said, “Although we do not believe Pakistan is a failed state, we nonetheless recognize that the challenges the state confronts are dire… The bureaucracy has settled into third-world mediocrity, as demonstrated by corruption and a limited capacity to implement or articulate policy.”) The prince said that King Abdullah despised the corruption that he saw in Pakistan and this colored his views toward that country. The cable did not record Holbrooke responding to this. Clearly, he had tried to play down the problem of Pakistani corruption, and the conversation moved on. But in this dialogue, one side was talking up the need to work with the civilian (though corruption-ridden) government, and the other was promoting the ability of the military to impose stability.

Holbrooke and the prince then discussed Yemen. MbN called it a dangerous failed state, noting it was a threat to Saudi Arabia because it was attracting Al Qaeda operatives. He said the Saudis had a strategy to co-opt—that is, buy off—Yemeni tribes with assistance projects. The prince also talked about the Saudi connection to terrorism. He said that in 2003, radicals were present in “90 percent” of Saudi mosques. He noted, according to the cable,

The Saudis realized they could not fight back without public support, he said, and developed a strategy of working with families of suicide bombers and other extremists who had been killed. This approach involved providing support to the families and telling them their sons had been “victims” and not “criminals.” This gave the families “a way out” and provided a public relations advantage to the government. “If you stop five but create fifty” new radicals, “that’s dumb,” MbN said.

The prince claimed that the Saudis wanted to defeat Islamic terrorists in cooperation with Washington. Time, he added, was “not in our favor,” so “we need to work fast.”