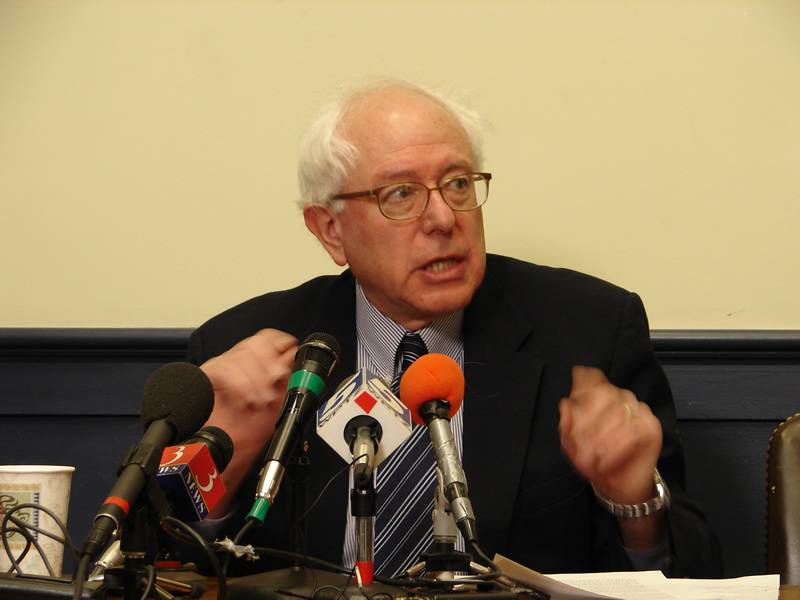 In a Sunday press release calling on wealthy individuals and corporations to pay their share, Senator Bernie Sanders of Vermont offered a list of what he calls “some of the 10 worst corporate income tax avoiders.”

Sanders, you’ll recall, made headlines for his epic 8.5-hour speech/filibuster this past December, dealing with how Obama’s pending tax-cut deal with the GOP would be bad for America. The speech—published this month as a paperback simply titled The Speech—was in vain: Congress passed the deal, extending tax breaks not merely to the poor and middle-class, but to America’s richest people.

It also slashed the estate tax from 55 percent to 35 percent and exempted the first $5 million of an estate’s value ($10 million for a couple)—up from $1 million pre-Bush. In his speech, Sanders warned against this change, noting, “Let us be very clear: This tax applies only—only—to the top three-tenths of 1 percent of American families; 99.7 percent of American families will not pay one nickel in an estate tax. This is not a tax on the rich, this is a tax on the very, very, very rich. (Click here for our blockbuster charts showing just how rich the very, very, very rich actually are.)

If the estate tax—which Republicans have cleverly rebranded the “death tax”—were to be eliminated entirely (another GOP goal), Sanders says it would cost US taxpayers $1 trillion over 10 years. “Families such as the Walton family, of Walmart fame, would have received, just this one family, about a $30 billion tax break,” he said in the speech.

As one of few voices in Congress calling seriously for balance between cuts and new revenues, Sanders wants to close corporate tax loopholes and get rid of tax breaks for Big Oil. He’s put forth a bill that would impose a 5.4 percent surtax on household income north of $1 million, and earmark that money for deficit reduction. He estimates it would bring in $50 billion a year, whereas Congress’ recent tax-cut deal will add around $700 billion to the deficit.

So, without further ado, here’s Bernie’s tax-avoiders list. In this case, one of his staffers informed me, “refund” means “negative federal income tax liability.” If you have any quibbles with his facts, let us know in the comments.

1) ExxonMobil made $19 billion in profits in 2009. Exxon not only paid no federal income taxes, it actually received a $156 million rebate from the IRS, according to its SEC filings. [Note: Our post last April reported that ExxonMobil was owed $46 million by the IRS.]

2) Bank of America received a $1.9 billion tax refund from the IRS last year, although it made $4.4 billion in profits and received a bailout from the Federal Reserve and the Treasury Department of nearly $1 trillion.

3) Over the past five years, while General Electric made $26 billion in profits in the United States, it received a $4.1 billion refund from the IRS.

5) Boeing, which received a $30 billion contract from the Pentagon to build 179 airborne tankers, got a $124 million refund from the IRS last year.

6) Valero Energy, the 25th largest company in America with $68 billion in sales last year received a $157 million tax refund check from the IRS and, over the past three years, it received a $134 million tax break from the oil and gas manufacturing tax deduction.

7) Goldman Sachs in 2008 only paid 1.1 percent of its income in taxes even though it earned a profit of $2.3 billion and received an almost $800 billion from the Federal Reserve and U.S. Treasury Department.

8) Citigroup last year made more than $4 billion in profits but paid no federal income taxes. It received a $2.5 trillion bailout from the Federal Reserve and U.S. Treasury.

9) ConocoPhillips, the fifth largest oil company in the United States, made $16 billion in profits from 2007 through 2009, but received $451 million in tax breaks through the oil and gas manufacturing deduction.

10) Over the past five years, Carnival Cruise Lines made more than $11 billion in profits, but its federal income tax rate during those years was just 1.1 percent.