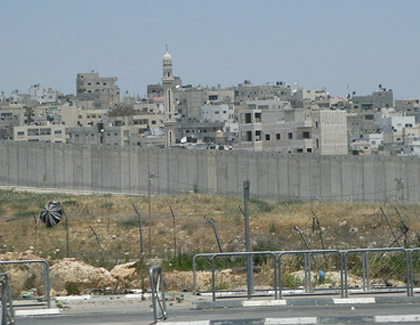 Can Israel survive? It’s a question that used to be asked with the threat of hostile neighbors and Palestinian terrorists in mind. Today, more often than not, it refers to the country’s viability amidst an intransigent right-wing government, a peace process going nowhere, an impending demographics crisis, seemingly imminent UN recognition of a Palestinian state—and maybe Iran.

These latter concerns dominate Hirsh Goodman’s thoughtful new book, The Anatomy of Israel’s Survival, which hits bookshelves next week. A longtime Israeli journalist who’s lived through at least five wars, two intifadas, and too many failed peace initiatives to keep track of, Hirsh counts as something of a rare breed among Israeli intellectuals these days: an optimist.

As Goodman runs through the list of threats to Israel, the source of his bright attitude isn’t immediately apparent. Iran represents an existential threat. Gaza is a “mini-Iran.” Israel’s 5.7 million Jews are about to be overtaken by the 5.4 million Arabs in Israel and the occupied territories.

Goodman, meanwhile, has nothing but stinging criticisms for Israel’s leaders since the 1967 Six-Day War. He calls Golda Meir “one of Israel’s most myopic leaders ever,” Benjamin Netanyahu’s first stint in office in the late ’90s “a disaster,” and Netanyahu’s successor Ehud Barak “like Midas in reverse” for squandering major peace talks with both Syria and the Palestinians.

Goodman is at once an outspoken critic of the occupation and an ardent, at times reflexive, defender of Israel against its detractors. He offers no apologies on behalf of the country he continues to view as an oasis of democratic pluralism in a sea of autocracy. Touching briefly on the 2008-09 Gaza war, Goodman writes, “I defy any army to fight an enemy like Hamas in the circumstances of Gaza and come out clean, or to have to impose an occupation on two million people and remain humane.”

But ultimately this brutality, which he neither justifies nor entirely condemns, explains why Israel must end its occupation—”not because of Iran or Hezbollah, but because of its own national soul.” Israeli politicians’ most consistent mistake, he argues, has been to believe Israel could retain its essential character—Jewish, liberal, democratic—while occupying another people. As damning as Goodman is in his assessment of Barak, nothing better sums up his basic philosophy than the former prime minister and current defense minister’s mantra: “They over there and us over here.” Integration, whether through Menachem Begin’s idea after the 1973 Yom Kippur War of granting citizenship to the residents of an annexed West Bank or some current hawks’ more sinister machinations, has never been tenable. Unless Israel gets serious about permanently breaking the cord with the Palestinians, it will slip further into a “self-imposed ghetto of security fences, watchtowers, and armed patrols”—one that cowers in the face of peaceful protests—or ceases to exist at all.

But how? Here Goodman’s confidence, stemming from the oh-so-close 2008 negotiations between Netanyahu’s predecessor Ehud Olmert and Palestinian leader Mahmoud Abbas and optimism about the Arab Spring, collides with some obdurate realities. Not long after denouncing the current Knesset leadership as cynical opportunists and bemoaning the influence of radical fringe parties, like Netanyahu’s coalition partner Shas—whose spiritual leader, Rabbi Ovadia Yosef, once said that gentiles only exist to serve Jews and called for a plague to befall Abbas—he declares that one can find the pragmatists needed to forge a breakthrough…in the Knesset. “In the wings is a young generation of Israeli politicians,” Goodman writes. “The majority are generally moderate in outlook, would prefer peace to war…and are deeply democratic.” And who are these bright young things we should pin our hopes on? Goodman doesn’t say. He really needs to, though, because between the government’s ultra-nationalist tear of late and recent polling that points toward a youth generation mirroring its elders’ rightward drift, there’s ample reason to be skeptical.

The closest Goodman comes to answering that crucial last question is in the book’s final two paragraphs, when he mentions his son Gavriel, who will be conscripted into the army in a few years. “I know no purer soul than Gavriel,” he says, adding, “I look deeply into the black pools of his eyes and see Israel’s future, deep and full of light.” It’s a touching tribute, but as you put down the book, you can’t help but wonder: Does Goodman really believe what he’s saying, or does he just want to?