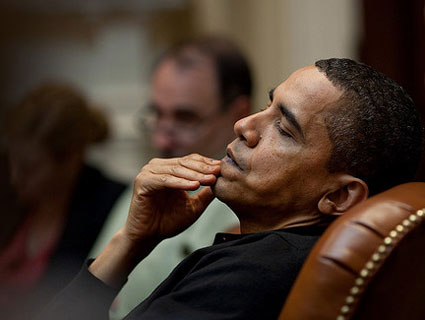 Planned Parenthood and NARAL Pro-Choice America, the two most important reproductive rights organizations in the US, both support the White House’s compromise, which ensures that women who work for religious organizations other than churches will have access to birth control without a copay. Sister Carol Keehan, the head of the Catholic Health Association, the main Catholic hospitals group, also supports the deal. Keehan and the CHA were key supporters of Obama’s health care reform legislation, which the US Conference of Catholic Bishops opposed as written.

Obama’s plan is unlikely to win the support of the bishops. In September 2010, when the policy was first being developed, the USCCB wrote a letter opposing requiring any employer—not just religious ones—to offer birth control coverage. Anthony Picarello, the USCCB general counsel who signed the letter, told USA Today on Wednesday that the bishops still oppose the entire policy.

Picarello told USA Today the bishops are worried about the problems the law creates for “good Catholic business people who can’t in good conscience cooperate with this,” and noted that if he opened a Taco Bell, he’d be forced to offer birth control to his employees. Only something like Sen. Marco Rubio’s (R-Fla.) “Religious Freedom Restoration Act”—which would allow any employer, not just religious ones, to cite a religious objection and thereby avoid covering birth control—is likely to satisfy the bishops on this front.

Here’s the full text of the White House’s fact sheet on its decision:

Thanks to the Affordable Care Act, most health insurance plans will cover women’s preventive services, including contraception, without charging a co-pay or deductible beginning in August, 2012. This new law will save money for millions of Americans and ensure Americans nationwide get the high-quality care they need to stay healthy.

Today, President Obama will announce that his Administration will implement a policy that accommodates religious liberty while protecting the health of women. Today, nearly 99 percent of all women have used contraception at some point in their lives, but more than half of all women between the ages of 18-34 struggle to afford it.

Section 2713 of the Affordable Care Act, the Administration adopted new guidelines that will require most private health plans to cover preventive services for women without charging a co-pay starting on August 1, 2012. These preventive services include well women visits, domestic violence screening, and contraception, and all were recommended to the Secretary of Health and Human Services by the independent Institute of Medicine of the National Academy of Science.

Today, the Obama Administration will publish final rules in the Federal Register that:

Covering contraception saves money for insurance companies by keeping women healthy and preventing spending on other health services. For example, there was no increase in premiums when contraception was added to the Federal Employees Health Benefit System and required of non-religious employers in Hawaii. One study found that covering contraception lowered premiums by 10 percent or more.