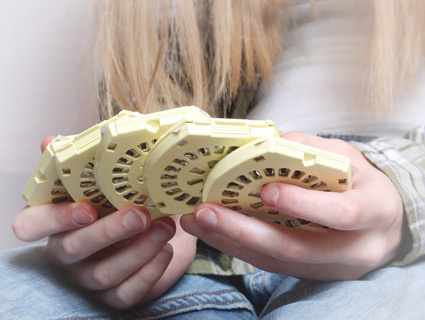 Recently, my doctor gave me an ultimatum: Come in for a pelvic exam, or I won’t refill your birth control pills. The problem arose after I tried to get my prescription refilled before going on vacation in March, only to be told that the doctor’s office wouldn’t sign off on the refill because it had been a year and one month since I’d had an annual exam and a Pap smear. A nurse grudgingly gave me a monthlong reprieve if I promised to come in for an exam when I returned from my trip.

I really, really didn’t want to go in for an exam. I’ve had two kids, a false positive Pap test and all the ensuing misery that comes with it, and spent enough time in the stirrups to last a lifetime. All I really wanted were my pills; I was pretty sure the exam could wait another year or more.

The science was on my side.

Just a few weeks earlier, the US Preventative Services Task Force, an independent group of national experts that makes evidence-based health care recommendations, released new guidelines declaring definitively that women over 30 don’t need a Pap smear more than once every three years unless they have a couple of risk factors, which I don’t have. The American Congress of Obstetricians and Gynecologists has said that birth control pills can safely be prescribed without a full-on exam.

Doctors, though, don’t seem to be in any hurry to give up old habits. After I got back from vacation, I emailed my doctor, citing the new guidelines, and asked if he could give me a new one-year prescription for birth control pills without a pelvic exam. He wrote back, “Yes, one can argue about whether or not you need a pap, but current recommendations are still for an annual exam, blood pressure readings, updating family history, (‘torturous pelvic exam,’ I’m afraid), etc. So I would still like you to come in. See you soon?”

The doctor had me over a barrel. As it turns out, my experience isn’t unique. Doctors regularly hold women’s birth control prescriptions hostage like this, forcing them to come in for exams that research is increasingly showing are too frequent and often unnecessary and ineffective. A 2010 study published in the journal Obstetrics & Gynecology found that 33 percent of doctors always require a pelvic exam and Pap smear for a hormonal contraception prescription, and 44 percent regularly do so, even though there’s no medical reason for linking the two.

Indeed, there’s a growing body of evidence that the entire annual ob-gyn exam, with the mandatory and miserable pelvic exam where doctors poke around one’s uterus and ovaries with their fingers, is largely obsolete. For instance, there’s no evidence that doctors can diagnose ovarian cancer with a pelvic exam in women showing no symptoms. A clinical trial found that doctors were unable to identify any cancers in test subjects by pelvic exams alone, and the National Cancer Institute no longer recommends the tests for postmenopausal women. Even chlamydia screenings, which are recommended for women under 26 and those at higher risk for the sexually transmitted disease, can be done by simply having women pee in a cup, and don’t require an invasive and expensive exam.

The scientific basis for much of the traditional well-woman ob-gyn annual check-up is so slim that “the routine pelvic examination may be an example of more service leading to worse outcomes,” Dr. Carolyn Westhoff, an ob-gyn at Columbia University, wrote in the Journal of Women’s Health last year.

Indeed, all this excess treatment has serious negative effects. Mandatory pelvic exams often deter women from seeking contraception in the first place. Failing to get contraception puts women at risk for the much more likely problem of an unwanted pregnancy, which is far more dangerous than getting birth control pills without a pelvic exam.

Despite not being very good at detecting cancer, annual pelvic exams are great at turning up stuff that if left alone would never cause a problem—things like noncancerous fibroids and ovarian cysts the patient never noticed. Discovery of such “problems” in exams usually leads to a surgical intervention. “The clinical trial data show no evidence that pelvic examination improves the early detection of ovarian cancer or diagnosis of other conditions in women who have no symptoms,” Westhoff says. “Overuse of the pelvic examination contributes to high healthcare costs without any compensatory health benefit.”

Westhoff and her colleagues suggest that the mandatory annual pelvic exam is one reason American women have twice the rate of hysterectomies as their European counterparts. And the Pap smear, of course, has its own issues with false positives, which can be as high as 10 percent. One of the treatments often recommended after a positive result can double the risk of a premature delivery for women who go on to get pregnant.

Getting a false positive is no walk in the park, either. About a year and a half after the birth of my second child, I had an IUD put in for contraception, which isn’t a fun procedure and is also very expensive because much of it isn’t covered by insurance. A few months later, I had to go in for the requisite annual exam. My Pap test came back with problems. So I had undergo a really painful and ultimately negative endometrial biopsy, which couldn’t be done without taking out the IUD I’d just had put in. Not only was I out hundreds of dollars, I also spent a week or two stressing out that I might be headed for chemo, hair loss, and dying before my children get to high school. The psychic trauma from unnecessary tests is real.

“It’s harder to get doctors to quit doing certain things” than to embrace new procedures, says Shannon Brownlee, a health policy expert at the New America Foundation who wrote a book about overtreatment in America. Part of the problem, she says, is that the primary way doctors learn about new science is through continuing medical education, which they have to do to keep up their medical licenses. Most continuing medical education is funded by drug and medical device companies.

“‘Don’t do it’ is not a message that the drug industry and the medical device industry is all that excited about,” Brownlee says. Guidelines from the government trickle down very slowly to doctor’s practices. And patients raise these issues at their peril, Brownlee notes. “When you have that conversation with your doctor, you often get labeled as a noncompliant patient.” The health care system is also plagued with irrational incentives that reward doctors for doing more rather than less, even when it’s in the patient’s best interest to be judicious. Doctors need to keep their waiting rooms full to keep their practices open.

There is one way to change the system: Make the Pill an over-the-counter (OTC) drug. If women could get birth control pills from a pharmacy, like they do in other countries, and could decide for themselves whether they should have a pelvic exam every year, the country could experience serious health care savings. Unnecessary health care treatment overall is estimated to cost at least $158 billion a year.

The FDA has been considering making the Pill available without a prescription at least since 1993. But with the recent debates about health care reform and the contraceptive mandate in the new health care law, the issue has come to the forefront again with new urgency. The Pill is one of the safest regularly used drugs on the market. Not surprisingly, though, the American Congress of Obstetricians and Gynecologists hasn’t signed on to the campaign, no doubt because of the prevailing view in the profession that if women could get their pills without a prescription, they wouldn’t come in for annual checkups.

Prominent ob-gyns Michael Cackovic and Michael Paidas, writing in the journal Contemporary OB/GYN, reflected this view in a 2008 op-ed against the OTC pill, writing, “women who [get] OTC pills could have little motivation for annual exams, sexually transmitted infection screening or Pap smears, which could possibly manifest as less screening for cervical cancer.”

Theirs is a common and paternalistic view of women patients. After all, men are never required to, say, have a colonoscopy as a condition of getting blood pressure medication, Viagra, or even a vasectomy, even though men are much worse about going to the doctor and getting checkups than women are.

Women don’t need to have their birth control pills held hostage to get needed cancer screenings. That’s not just my opinion. There’s hard data to prove it. In many places in the world, the pill is already available over the counter, so some smart researchers have taken a look at the behavior of women who get it that way.

Dr. Daniel Grossman, an ob-gyn and senior associate at Ibis Reproductive Health, coordinates a working group pushing to make the Pill available without a prescription. With colleagues at the University of Texas, Grossman has studied women in Texas who are able to get the Pill from pharmacies in Mexico without a prescription. As it turns out, the women who make the trip, he says, “had very high rates of getting all the preventive screening tests, higher than the national average.” Not only that, but women who got their pills without the hassle of an exam were much more likely to stay on the Pill continuously, a factor that research shows is directly related to fewer abortions and unplanned pregnancies.

Still, the Pill wasn’t going to be available over the counter soon enough to solve my problem. Fortunately, I discovered that there is one health care provider that’s a pioneer in disconnecting birth control pills from mandatory pelvic exams: Planned Parenthood. So I went there.

Passing through the bullet-proof, bomb-proof entrance to the DC clinic was a little unnerving; while I sat in the waiting room watching The View with a bunch of young women and solo men, I got slightly paranoid about errant bullets or bombs from anti-abortion nuts. But the visit turned out to be painless. After I filled out a lot of paperwork asking about my medical history, a nurse took my blood pressure—which, unlike a pelvic exam, is actually related to the potential risks of the Pill—asked me some questions about my history, and then wrote me a prescription. And unlike my doctor, she even offered to write it so that I could get three packs at a time instead of one.

Without insurance, the visit would cost $130, which isn’t cheap, but it’s still likely to be much cheaper than a full-on pelvic exam and all the related lab work. (Planned Parenthood also charges on a sliding scale, so the cost can be less depending on income.) It was worth it, mainly because I got my prescription without having to take my clothes off. And in a year, I might go back for a checkup with a doctor. But if I do, it will be because I think it’s the right thing to do, not because I don’t have a choice.