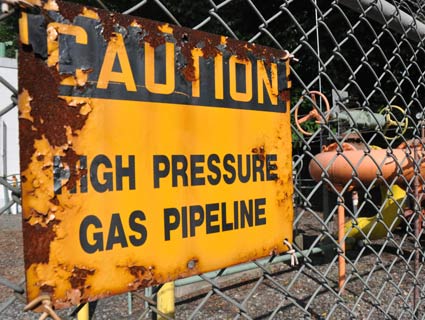 As the debate over a controversial “gag” provision in Pennsylvania’s new natural gas law ratchets up, state legislators are considering revoking the provision altogether.

The law (known as Act 13), which went into effect on Saturday, allows drilling companies to keep information about the composition of fracking fluid from the public in the name of guarding proprietary information. Pre-existing Pennsylvania law grants an exception to this rule for health professionals, who have the right to request and receive information about fracking fluid composition in order to diagnose or treat a patient who may have been exposed to the chemical.

But as MoJo‘s Kate Sheppard reported previously, a last-minute provision in Act 13 requires health professionals to sign confidentiality agreements with gas drilling companies, which critics argued would prohibit doctors from discussing the fracking fluid formula with their patients. Gov. Tom Corbett’s top energy official since clarified that doctors would still be allowed to share information about fracking fluid chemicals with patients, just not with a broader audience.

“It leads some to believe that it’s not about that, but it’s about keeping the public in the dark.”

That distinction isn’t made clear in the statute (PDF), says Sen. Daylin Leach, a Democrat representing the 17th district. When the bill passed in March, Leach called the provision “broad” and “troubling.” Now he plans to introduce a new bill (due out later this week) that will challenge the confidentiality provision and seek to clarify its terms.

“Act 13, as written, raises a number of issues which impede the timely and appropriate provision of health care to patients, and put health care professionals needlessly at legal risk,” Leach wrote in a public statement released Friday.

For example, he asks, “May a physician share the information with a fellow physician, or a nurse, or even the patient who has not signed, or refuses to sign a confidentiality agreement with the drilling company?”

Leach continues that Act 13 is poorly drafted not just from the perspective health care professionals and the public at large, but also from that of drilling companies:

In a given situation, it may not be clear which drilling company would be the appropriate party with whom to execute a confidentiality agreement. If, for example, a person lives near a drill owned by one company, but spends a lot of time at the home of a significant other which is located near another drill owned by a different company, who does that person’s doctor need to execute an agreement with? Which company can enforce the confidentiality agreement in the event of a breach?

“It is not enforceable in a lot of different ways,” Leach tells Mother Jones. And because drilling companies are already using fracking fluids to extract natural gas at comparable costs, he adds, there isn’t much value in one company protecting proprietary information from another. “It leads some to believe that it’s not about that, but it’s about keeping the public in the dark.”

If passed, the new bill would effectively revoke the confidentiality provision, allowing doctors and other health care professionals to share accessed information about fracking fluid chemicals as it pertains to patient treatment or in matters of public health emergencies, without legal risk. While the bill’s language must be finalized before officially soliciting co-sponsors, Leach says he’s already heard back from several legislators expressing interest.