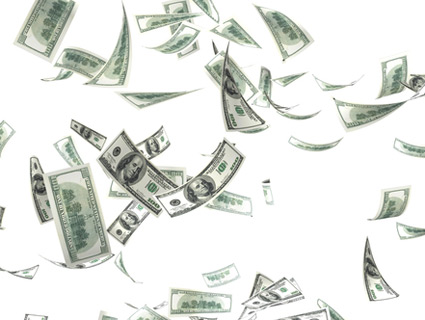 In the annals of loopholes, one that the Federal Election Commission, the nation’s election watchdog, created in 2008 could rank as one of the most absurd. The FEC’s Republican commissioners decided that shadowy nonprofits running political ads (think: the US Chamber of Commerce) could hide the identities of people who donate more than $1,000, as long as those donors didn’t earmark their money for a specific ad. So, for instance, a donor couldn’t say, “I want you to run an ad attacking Nancy Pelosi next Monday at 7 p.m. on NBC.” Donors and political operatives are not idiots, of course, and figured out how to capitalize on the loophole by just giving that money without specific requests, allowing groups like the Chamber to keep more and more donations in the dark.

But those days could be over. In March, a district judge ruled that the FEC’s loophole broke the law, and on Monday night, the Court of Appeals in the DC Circuit rejected a request to stay the ruling. It goes into effect now. The decision deals a blow to dark-money politics, while delivering reformers and transparency lovers a big win. “The American people have a right to know who is bankrolling the ads that are designed to influence their votes,” Rep. Chris Van Hollen (D-Md.), the lead plaintiff in the case challenging the loophole, said in a statement. “In its decision to deny the stay of the lower Court’s ruling, the Court of Appeals has signaled that the public interest is best served by increased donor disclosure.”

The appeals court’s decision on Monday could impact a slew of powerful political nonprofits spending big bucks in the 2012 elections. That includes Crossroads GPS, the brainchild of Karl Rove; Americans for Prosperity, which receives funding from the Koch brothers; and the Chamber of Commerce, which spent $32.9 million on the 2010 elections.

Dragging dark money into the sunlight is no small matter, either. According to the Center for Responsive Politics, conservative nonprofits such as Rove’s Crossroads GPS have already spent $121 million in the 2012 cycle without naming who funded the ads. Overall campaign spending by dark money groups has spiked from 1 percent to 47 percent since the 2006 midterm elections. And in the 2010 elections, 72 percent of political ad buys by independent groups came from sources that had been banned from spending any money at all back in 2006. A recent UPI headline summed up the state of things before Monday’s ruling quite nicely: “2012 election drowning in secret money.”