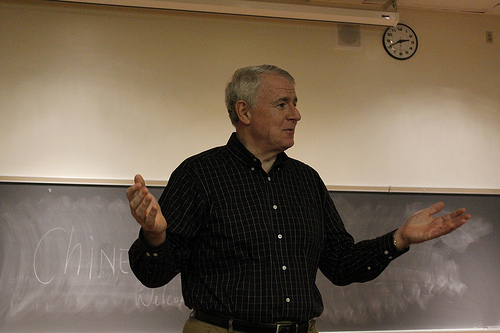 With a week to go until election day in Wisconsin’s cash-drenched recall battle, the Washington, DC-based Progressive Change Campaign Committee announced plans on Tuesday to pump $100,000 into get-out-the-vote efforts in Wisconsin to oust Gov. Scott Walker.

As the Washington Post‘s Greg Sargent reports, the PCCC’s latest move comes in the wake of Wisconsin Democrats’ complaints that the Democratic National Committee hasn’t fully invested in the Walker recall effort. The DNC, for its part, says it has directed $800,000 to Wisconsin since November, with $250,000 of it going to the state Democratic Party. DNC Chair Debbie Wasserman Schultz will also host a fundraiser this week for Walker’s challenger, Milwaukee Mayor Tom Barrett.

Adam Green, PCCC’s director, said in a statement that the Walker recall is “a top national priority for progressives—and it should be for the national Democratic Party.” Green went on, “When we heard that the Democratic National Committee wasn’t giving Wisconsin Democrats the resources needed to get out the vote, the PCCC made a strategic decision to do less fundraising for our own Wisconsin TV ads and instead focus our attention on righting the DNC’s wrong. We’re proud that in the last 9 days, thousands of PCCC members helped us raise $100,000 for Wisconsin Democrats to get out the vote in the final stretch.”

Green said the PCCC’s new get-out-the-vote cash infusion brings the group’s total investment in Wisconsin to about $230,000. The group has already spent $100,000 on TV ads and contributed $30,000 to local Democratic committees.