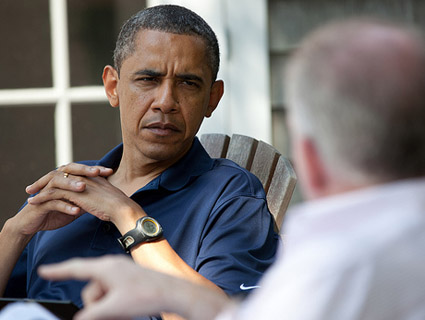 Most of the reporting about the Obama administration’s targeted killing program has focused on the president’s “kill list”—that is, the list of individuals the executive branch has decided are terrorists who can be targeted with lethal force. As a recent New York Times story detailed, kill list attacks are divided into personality strikes, which target individual suspected terrorists, and signature strikes, which target individuals whose identity is unknown, but who are assumed to be terrorists based on factors like age and location.

Targeted killing didn’t start with the Obama administration. But Obama has aggressively expanded the drone program that carries out these attacks. The irony is that, according to Newsweek/Daily Beast reporter Daniel Klaidman’s new book, Kill or Capture: The War on Terror and the Soul of the Obama Presidency, the president began his administration highly skeptical of the accuracy of drone strikes. This was a skepticism borne of experience: In January of 2009, outgoing CIA Director Michael Hayden had given the president a detailed briefing about an upcoming strike, going into such “granular levels of detail” that the president grew bored and frustrated. Yet the strike about which the intelligence community was so incredibly certain went badly awry, according to Klaidman:

Instead of hitting the CIA’s intended target, a Taliban hideout, the missile had struck the compound of Malik Gulistan Khan, a prominent tribal elder and member of a pro-government peace committee. The strike killed Khan and four members of his family, including two of his children.

So despite the “granular levels of detail” involved in prepping the strike, it ended up killing a group of innocent people. Klaidman writes that Obama was reportedly very angry. Not only that, but when briefed on the nature of signature strikes, he reacted, well, like a number of the critics of the targeted killing program do now:

Steve Kappes, the CIA’s deputy director, offered a blunt explanation. “Mr. President, we can see that there are a lot of military-age males down there, men associated with terrorist activity, but we don’t always know who they are.” Obama reacted sharply.

“That’s not good enough for me,” he said.

The president’s counterterrorism adviser John Brennan has largely avoided talking about signature strikes in public. This makes sense, because individual instances of targeted killing (such as the recent killing of Al Qaeda #2 Abu Yahya al-Libi) are far easier for the administration to defend and justify (or brag about). With signature strikes, the kind of certainty associated with killing a well known, longtime public face of al Qaeda is, by definition, impossible.

During Wednesday’s White House briefing, ABC News’ Jake Tapper confronted White House press secretary Jay Carney about signature strikes, noting that “any country” could fire a missile at a target and claim those killed were “terrorists,” citing the government of Syria as an example. Carney would only say that “this administration takes very seriously the decisions that are involved in the effort to disrupt, dismantle, and defeat Al Qaeda.”

That sort of explanation wasn’t good enough for Obama during his first few months in office, but as Klaidman’s book explains (and as we can see from the sharp increase in drone strikes) Obama eventually came to rely on signature strikes as a key part of his counterterrorism policy. Nevertheless, the president learned early on that supposedly detailed intelligence can be incredibly, tragically wrong, with irreversibly lethal consequences. Given that reality, why should the vague assurances that the strikes usually hit the right targets be good enough for the American people now?