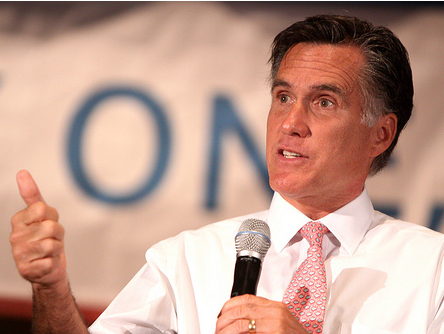 Mitt Romney took a break from his vacation in New Hampshire on Friday to hold a presser in response to the latest jobs report. A reporter asked the Republican candidate about whether his vacation was “somewhat hypocritical” given the bad economic news and his own previous criticism of President Obama’s vacations.

Romeny responded that he’s “delighted to be able to take a vacation” with his family. He continued:

I think all Americans appreciate the memories that they have with their children and their grandchildren. I hope that more Americans are able to take vacations. And if I’m president of the United States, I’m going to work very hard to make sure we have good jobs for all Americans who want good jobs. And part of a good job is the capacity to take a vacation now and then with their loved ones.

It’s worth pointing out, however, that the United States is the only advanced country with no national policy guaranteeing paid vacation time. Here’s a graph from the European Trade Union Institute’s recent paper on the “No-vacation Nation USA,” via The Atlantic: 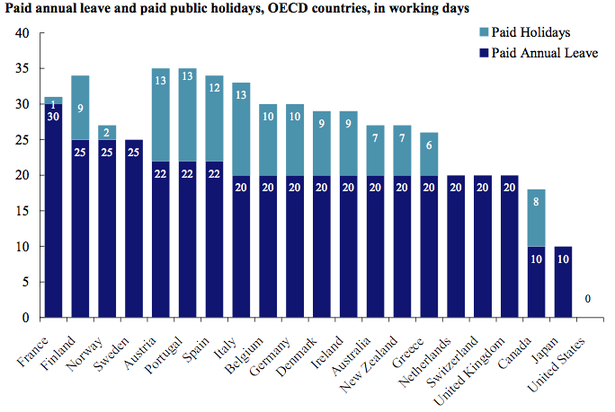 I’m sure that Romney didn’t intend for his remarks to be interpreted as a policy stance. Rather, it was meant as an aspirational goal—as in, “Hopefully some day more Americans have jobs that actually give them vacation time.” But it’s worth pointing out that we could guarantee more Americans can take vacations by putting policies in place that allow that.