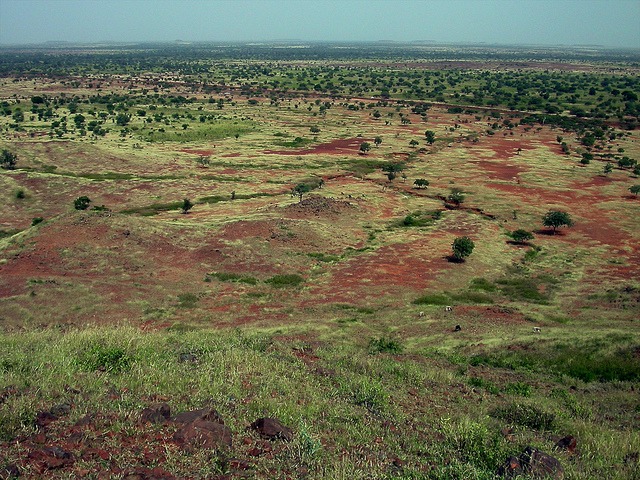 Sahel landscape in a good year: Center for International Forestry Research via Flickr

If you had to pick ground zero for climate change, you might pick the Sahel, the grasslands between the Sahara in the north and African tropical rainforests in the south. The region is immensely fertile—when it isn’t being slammed by recurrent droughts and floods. Many human lives are suspended in a fragile balance with the volatile climate of this region.

During the epic drought of the 1970s and 1980s, 30 percent less rain fell in the Sahel compared to the 1950s and more than 100,000 people died. Basically it was the biggest drought over the largest land area of the 20th century, according to the Geophysical Fluid Dynamics Lab at Princeton (GFDL).

At that time most believed the cause of drought was human overuse of the land—grazing, deforestation, poor farming practices—on a local scale. Nowadays the data suggest recurring Sahelian droughts are driven by a more complex constellation of factors, some related to global climate change, including:

Sadly 2012 has produced another drought in the Sahel, only two years after the 2010 drought. Water shortages, failed crops, insect plagues, high food prices, human displacement, conflict, and chronic poverty now threaten the lives of 18 million people in the region, including at least a million children, says UNICEF.

The global warming casualty list already includes 150,000 additional people killed every year, mostly from disease and malnutrition. That number is projected to grow. According to the Natural Resources Defense Council, heat waves could kill 150,000 Americans alone by 2099 (scary map of that here.)