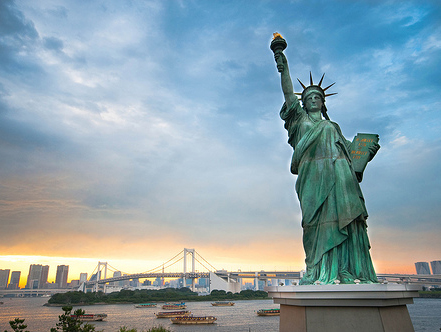 The GOP platform for 2012 is now official, and it includes its fair share of right-wing talking points on energy and environment. That includes deriding the Obama administration’s policies and espousing the kind of drill-everywhere, EPA-be-damned ideas that the GOP has become known for in recent years.

The current President has done nothing to disavow the scare campaign against hydraulic fracturing…We will respect the States’ proven ability to regulate the use of hydraulic fracturing, continue development of oil and gas resources in places like the Bakken formation and Marcellus Shale, and review the environmental laws that often thwart new energy exploration and production.

Meanwhile, fracking is virtually unregulated at the federal level, and state laws have massive gaps that leave many communities at risk.

Finally, the strategy subordinates our national security interests to environmental, energy, and international health issues, and elevates “climate change” to the level of a “severe threat” equivalent to foreign aggression. The word “climate,” in fact, appears in the current President’s strategy more often than Al Qaeda, nuclear proliferation, radical Islam, or weapons of mass destruction.

Actually, the words “climate change” don’t even appear in the energy and environment sub-section of the platform. You have to dig way down deep in a subhead called “A Failed National Security Strategy” to find them anywhere at all.

The most powerful environmental policy is liberty, the central organizing principle of the American Republic and its people. Liberty alone fosters scientific inquiry, technological innovation, entrepreneurship, and information exchange. Liberty must remain the core energy behind America’s environmental improvement.

There’s tons of other hilarious stuff in there, like “private ownership has been our best guarantee of conscientious stewardship,” and “[t]here is no place in regulatory agencies for activist regulators.” Read the whole thing here.