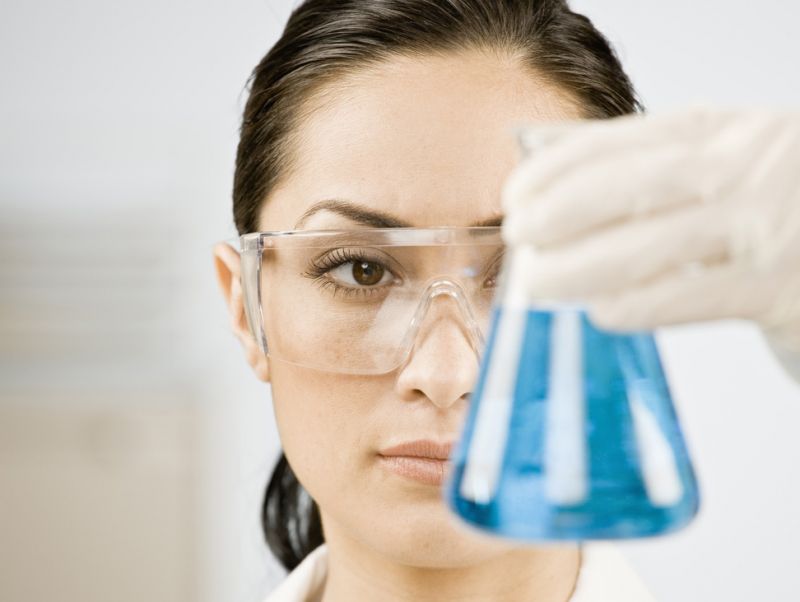 We hear a lot about the gender imbalance in the sciences. Now scientists have looked at one reason women might be disinclined to join the profession: gender bias. A new study from researchers at Yale University analyzed how professors treated candidates for a lab manager position, using applications that were identical in every way except the name on the top of the form. Here’s what they found:

The study, published this month in the Proceedings of the National Academy of Sciences (PNAS), focused on professors in biology, chemistry, and physics, three hard sciences where men typically outnumber women. The researchers found that, based on these fake candidates, professors preferred those with male names—and offered them a starting salary that averaged $4,000 higher than the candidate with female names.

But here’s what’s perhaps the most interesting part of the study:

It is noteworthy that female faculty members were just as likely as their male colleagues to favor the male student. The fact that faculty members’ bias was independent of their gender, scienti?c discipline, age, and tenure status suggests that it is likely unintentional, generated from widespread cultural stereotypes rather than a conscious intention to harm women.

This suggests that the answer isn’t necessarily just getting more women into the profession—and, more specifically, into academic jobs. Instead, it suggests that more needs to be done overall to change the impression of women as less-qualified simply by virtue of being women. Certainly, getting more women into the profession would go a long way toward addressing the bias, but it might not be the only remedy necessary.

This reminds me of an excellent piece in the Wall Street Journal from 2006, in which transgender scientists described their experiences working in the field first as a woman, and then later as a man after they transitioned. Neurobiologist Ben Barres talked about how much more accepted and praised his research was when he presented it as a man, rather than as Barbara Barres. As a woman, Barres was often rejected for positions that she was just as, if not more, qualified for than male colleagues.