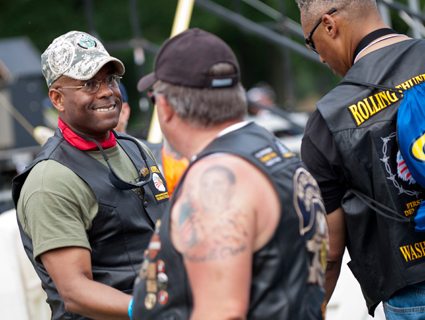 No one ever expected Rep. Allen West (R-Fla.) to go out with a whimper.

The tea party icon went to bed on election night trailing Democratic challenger Patrick Murphy by 0.8 points (about 2,500 votes) in the 18th congressional district, to which he had moved after redistricting turned his previous district decidedly blue. Since Florida law stipulates that a recount can only be requested if the race is within half a percentage point, under normal circumstances that would have been the end of the show for the losing candidate. Good job, good effort, time to begin plotting a comeback in 2014.

Except West wasn’t finished. He alleged almost immediately that the election had been stolen by a pro-Murphy clerk in St. Luicie County. He asked for an injunction—which was refused—to impound the voting machines in St. Lucie and Palm Beach counties, and demanded a full hand recount in St. Lucie. He got his wish on Sunday, sort of. The county board of elections convened in an abandoned shopping mall to do a partial recount of the ballots that came in during the last three days of early voting. The tally, per the Palm Beach Post:

Murphy’s total dropped by 667 votes and West lost 132 votes in the recount of 16,275 ballots from the last three days of early voting in St. Lucie County. West’s net gain of 535 votes still leaves him about 0.58 percent behind Murphy in congressional District 18, which also includes Martin County and part of Palm Beach County.

That’s quite a swing, given the limited sample, but it still leaves West behind by more than the margin needed for a recount. The West campaign insists the real problem wasn’t with the last three days of early voting (as problematic as the counting turned out to be), it was with the first three days of voting. So the St. Lucie partial recount has only exacerbated their anxiety. On Sunday, West’s campaign was characteristically apopleptic, issuing this statement:

What was originally viewed as dangerous incompetence on the part of [St. Lucie County Elections Supervisor] Gertrude Walker now appears more and more like a willful attempt to steal the election for Patrick Murphy. Nothing about this story adds up. If there is truly nothing wrong with the data from the first three days of voting, why will it not be released?

West for Congress will pursue every legal means necessary to ensure a fair election, not only to ensure Gertrude Walker is held accountable, but also ultimately replaced, so the citizens of St Lucie County will be ensured fair and accurate elections.”

Given that West is already alleging a conspiracy against him, this episode doesn’t stand much chance of winding down any time soon.