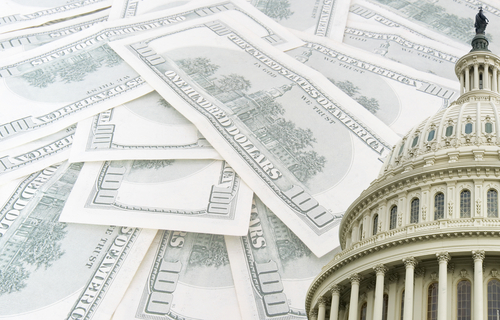 The final campaign filings are in, and we can now put a price tag on the 2012 elections: $7 billion.

That’s how much candidates, parties, PACs, super-PACs, and politically active nonprofits spent last year to influence races up and down the ballot. As Politico reported, Ellen Weintraub, the chairwoman of the Federal Election Commission, announced the $7 billion figure this week. Candidates spent the bulk of the 2012 total, at $3.2 billion, while parties spent $2 billion and outside groups $2.1 billion.

The FEC’s $7 billion figure is about a billion dollars more than what transparency groups had projected for 2012. It’s the most money ever spent during one election cycle in US history, a cycle in which Barack Obama became the first $1 billion candidate, both Obama and Romney rejected public financing, and outside spending soared to levels never before seen in the post-Watergate era.

“It’s obviously only an estimate,” Weintraub told Politico. “It’s really hard to come up with ‘the number.'” And Weintraub said future elections could see even more spending.

“It’s a lot of money. Every presidential election is the most expensive ever. Elections don’t get cheaper,” she added. Spending in the first post-Citizens United presidential election exploded as the FEC remained gridlocked on critical issues. Three years after the Supreme Court ruling that changed the campaign finance system, the FEC has yet to change its regulations to address the decision.