Editor’s note: This story was produced in partnership with Tumblr’s Storyboard. For more information about the Letters to Newtown project, and for additional images daily, follow our newly-launched Tumblr blog. What follows is an essay by Mother Jones illustrator and Newtown resident Ross MacDonald. On the one-year anniversary of the massacre, MacDonald reports that due to heroic efforts of Newtown residents, volunteer photographers, and the town library, most of the letters, quilts, banners, and artwork have been either saved or digitally archived.

Walk into the Newtown town hall and you see bin after bin of cards and letters—some 500,000 at least, more arriving every day. They line both sides of the long main hall, and fill up the branching halls and offices. Posters, paintings, quilts, and flags cover the walls. There are banners from students at Columbine and Virginia Tech; there are letters from school kids across America and from people as far away as France and Australia. And there are boxes of Kleenex on every table for those who read them.

We are overwhelmed. Residents like me, who were lucky enough to have our children come home that night; town leaders struggling to support the community and deal with the deluge of letters, toys, school supplies, and other donations sent to Newtown; and the volunteers who have been opening and sorting it all.

The spontaneous outdoor memorials that sprang up in Newtown after the shootings—the angels, teddy bears, Christmas trees, and other displays—became one of the symbols of this tragedy. But the many letters and cards and drawings that were mailed are less well known. 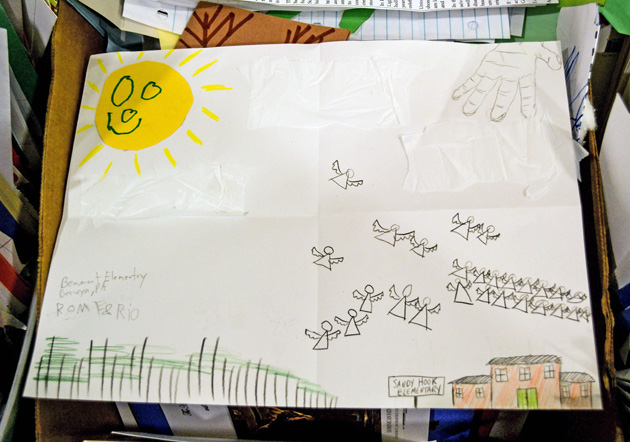 In their shock and grief, people were compelled to make these intensely raw, personal expressions, and send them to a town they probably hadn’t heard of before, not knowing if they would even reach us. They offered help, love, condolences, prayers. They came from children, parents, families, school classes, church groups, soldiers, mayors, survivors, inmates, and entire towns. The letters on display at town hall form a massive tapestry of a world’s sorrow. 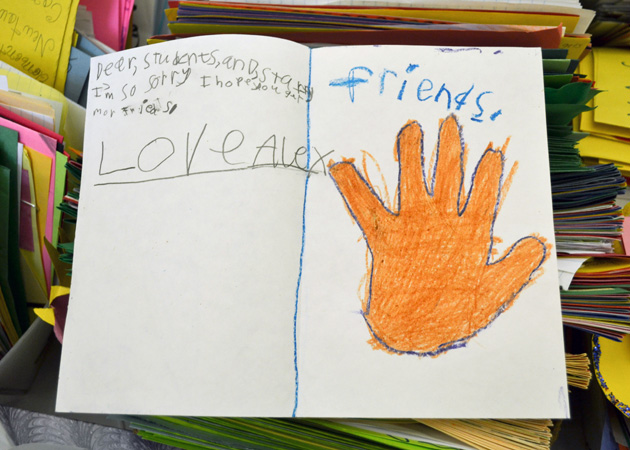 When my wife and I visited them in early January, we ended up taking hundreds of photos, returning again and again. Others have been moved to do the same. 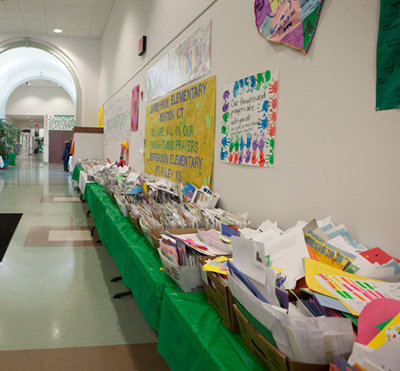 The town very respectfully cleared away most of the outdoor public memorials after a couple of weeks for incineration, the ash to be incorporated into a future permanent memorial site. When it announced that it would be doing the same with the cards and letters, we knew we had to try to save them. The town is emotionally overtaxed and lacks the funds and space to preserve them. But they are important to save—as an ongoing reminder of what happened and as a record of the world’s response.

So I reached out to the editors of Mother Jones, who’d published my account of the day of the shooting. They in turn reached out to Tumblr, and together we launched this project. We already have thousands of images, we’re gathering more, and we’ll be publishing batches every day until we run out. We have approached town officials about creating an extensive digital archive; it is my hope that we might also find a physical home for all these letters. Because the wisdom they express should not be lost to history. Take the words of one little girl named Brynn:

“Dear students and staff. I am sorry about your friends. I hope your school is safe from now on. I feel so bad for you. I don’t like to see people go. I am so sad. I wish people would stop being so mean.” 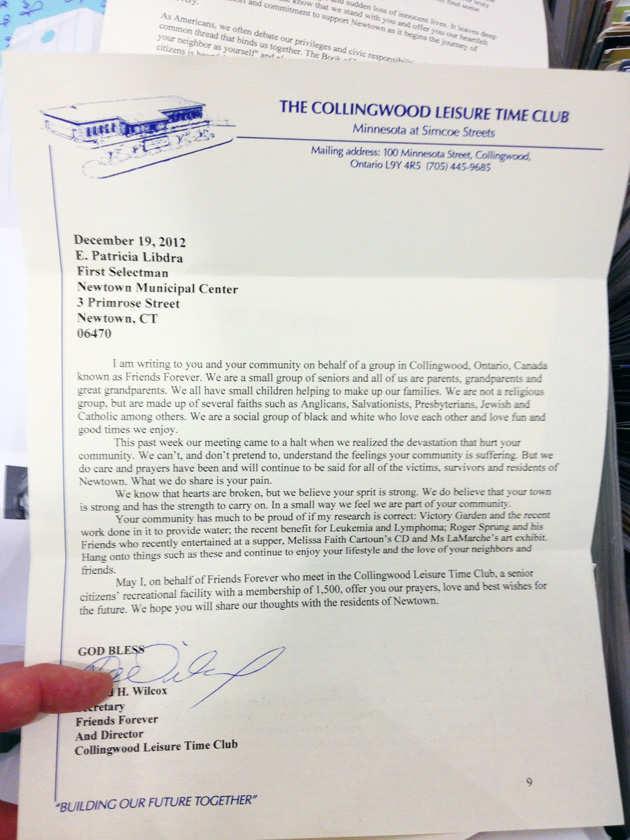 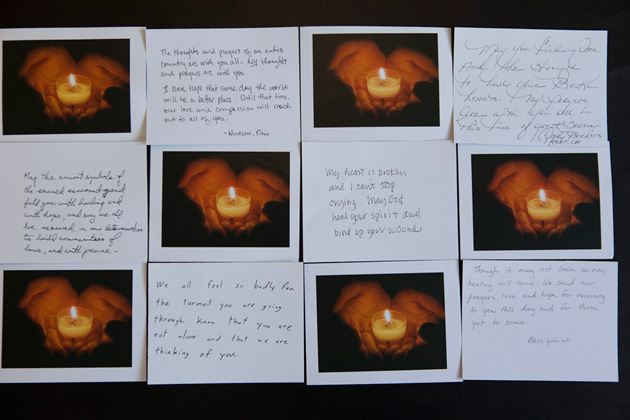 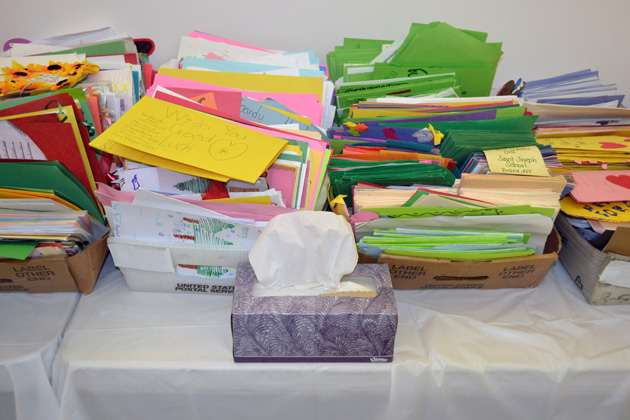