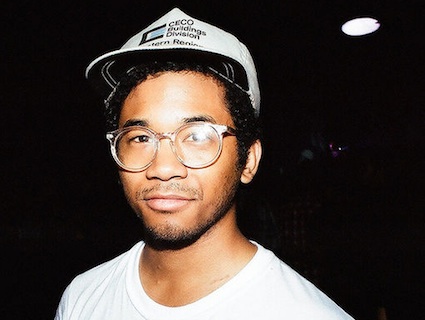 It’s possible that a concert lineup actually discriminates against the headlining act. By the time these bands saunter onstage, folks in the audience have been standing for hours, shifting weight from their bruised heels, and dealing with the fact that they are slowly, involuntarily being pressed into a malodorous neighbor as the venue fills. We’re cranky, we’re impatient, and our personal space has probably been violated. It’s part of the reason why headlining bands have a responsibility to be better than their openers. Sometimes they aren’t worth the wait.

While Noise Pop 2013 offered an expertly curated lineup, we found that some of the headliners fell flat. Toro y Moi’s anticlimactic experimentation lost the crowd, and new material from Rogue Wave was charming but boilerplate. Some of the festival’s most pleasant surprises were found off the beaten path (in a warehouse on a dead-end block), or opening for the larger acts. Here’s our abridged roundup of festival highlights (and frustrations).

Tiny Telephone Anniversary Party
Thursday, 2/28, Tiny Telephone studio
Approaching the address typed into a phone, past the empty playground and toward a cluster of darkened warehouses on a dead-end street, you can’t help but wonder if your GPS is trying to get you killed. But tonight, the faint beats from a DJ set signaled that it was the right place: Tucked away at the southeastern edge of the Mission District is Tiny Telephone, the recording studio responsible for recording Death Cab For Cutie, the Magnetic Fields, Spoon, and countless other projects from indie royalty.

Owned by California music legend John Vanderslice, the studio celebrated 15 years in business last week, inviting friends and band members to come hang out around the keg and sound boards. With his vast collection of digital and analog equipment and his cadre of highly trained, not to mention super friendly, engineers, Vanderslice, or JV as his friends and clients know him, has cultivated a reputation for helping artists achieve exactly the sound they seek. On Thursday, Tiny Telephone pilgrims got to see the inside of that operation, mingling in hallways lined with vintage recording gear and reading love letters from musicians posted on the kitchen fridge. For its first-ever open house, Tiny Telephone hit just the right note. —Maggie Caldwell 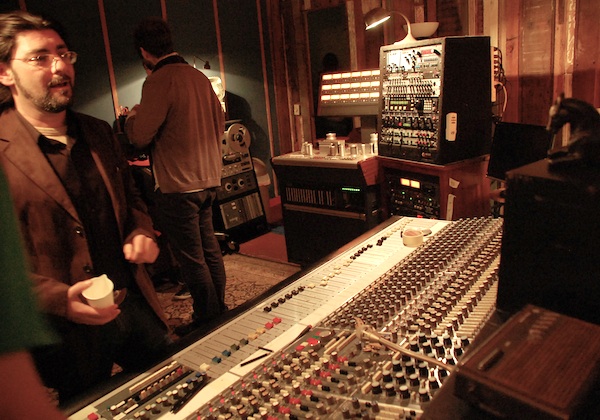 !!!
Thursday, 2/28, Great American Music Hall
“Like I give a fuck!” belted out Nic Offer, the frontman of Sacramento based dance-punk group !!! (pronounced chk-chk-chk), Thursday night at San Francisco’s Great American Music Hall. (Read our Q&A with Offer here.) But perhaps that’s what makes his performances stand out. Dressed in shorts and a simple white tee, Offer danced on top of speakers, waded into the crowd, and leaped off the stage, effectively catalyzing the audience into a massive rave. !!! rewarded the crowd for its enthusiasm, playing the new track “Slyd” live for the first time. Like !!!’s other songs, “Slyd” drilled the crowd with a repetitive beat and acid-house grooves, while strobe lights stoked the dance party. But odds are that concert-goers weren’t playing close or critical attention to the introduction of new material—everyone seemed content to dance and drink until the show ended, going home soaked in sweat and beer. —Mitchell Grummon 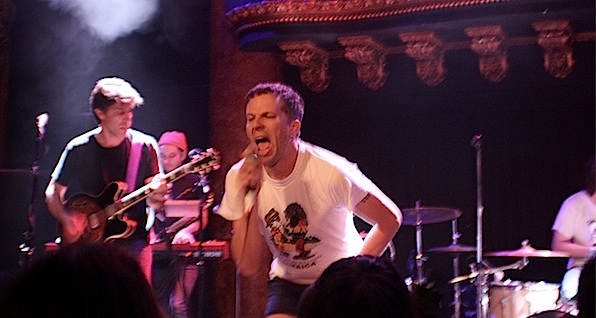 Rogue Wave
Friday, 3/01, Bottom of the Hill
Roughly halfway through his set at the Bottom of the Hill late last Friday night, lead singer Zach Rogue leaned into the mic and asked, with complete earnestness, “Are you guys comfortable?” Despite the fact that the band has played just one show in two years (and had three new members along with a bevy of new songs to test out during the set), Rogue definitely seemed comfortable; like a kid at the first pool party of the summer, Rogue was back on old turf, looking for familiar faces and a chance to get his feet in the water. This palpable giddiness was arguably the most enjoyable thing about the show, which consisted mostly of simple, straight renditions of crowd-pleasers like “Lake Michigan” that earned them indie fame in the mid-2000’s. The new songs harken back to the band’s early Guided by Voices-meets-Springsteen style, a feel that has been thoroughly mined by other indie rock bands in recent years, though the audience didn’t seem to mind. —Maggie Severns

Toro Y Moi
Friday, 3/01, The Independent
Fresh off the cover of SF Weekly and consecutive nights of sold-out shows, I came to The Independent on Friday filled with hope about Toro y Moi, a.k.a. Chaz Bundick. The show started with promise. Opening with “Rose Quartz” off his new album Anything in Return, Bundick slowly began to build layers of sound, combining synth, keyboard, and a sparse beat culminating in a chorus: “Don’t lie to me/ Because I feel weak.” But that’s about where my hope ended. I felt as if the song never reached its full potential, seemingly unsure of what it wanted to be.

Toro y Moi is at his best when he’s playing simple, stripped down tracks. But if Anything in Return was supposed to be where Toro y Moi found his fuller, more fleshed-out stride, his live rendition seemed to dampen the crowd’s enthusiasm before the show could fully take off. My own patience began to wither as I watched Bundick abandon potentially engaging sounds in favor of what felt like self-indulgent experiments.

After the final song, the venue’s lights stayed low, teasing the possibility of an encore. But the crowd couldn’t muster the noise to bring Toro y Moi back, some half-heartedly clapping, faintly hollering, and most just looking around unsure of what to do. When Toro Y Moi did not oblige them, the concert-goers trickled out of the venue, dissipating into an unseasonably warm San Francisco night. —Mitchell Grummon

Sonny and the Sunsets, Magic Trick
Saturday, 3/02, Bottom of the Hill
It’s always awkward when musicians’ stage banter misses its comedic mark. It’s even worse when musicians get all passive aggressive with their bandmates, addressing the audience with their grievances. Sonny Smith of Sonny and the Sunsets hadn’t even started his first song before upbraiding his bandmates at Bottom of the Hill Saturday. Unlike his Sunsets, he inferred, “I did not participate in taking illicit substances, because I care about this band.”

Notably peeved, the band played on, launching into a set that was a departure from the laid back and earnest sound of 2012’s Longtime Companion. The normally cool-headed Smith seemed to be strumming as loud and as fast as he could, with little regard to melody.

Earlier in the night, however, fellow San Francisco foursome Magic Trick managed to pull some kind of sleight of hand, winning over the packed house after a decidedly slow start. Following two high-energy acts, the Dune Rats and Cool Ghouls, vocalist Tim Cohen struck a different note, leading off with a song about salvation and torture and other things overwrought. Overheard by the bar: “This is music to slit your wrists to.” But rounded out by bassist Alicia Vanden Heuval, guitarist Noelle Cahill, and kickass drummer James Kim, Magic Trick managed to add buoyancy to Cohen’s brooding. By the end of the set, the crowd had gone from despondent to delighted; the high point was the totally danceable “I’m Never Going to Die,” which Cohen said was inspired by a guy who jumped off a building in the Mission. So yes, music about suicide doesn’t always have to be sad. —Maggie Caldwell 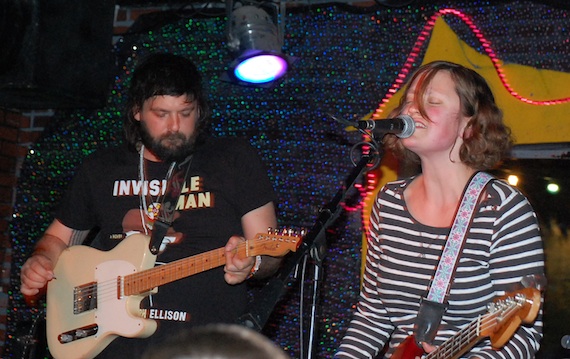