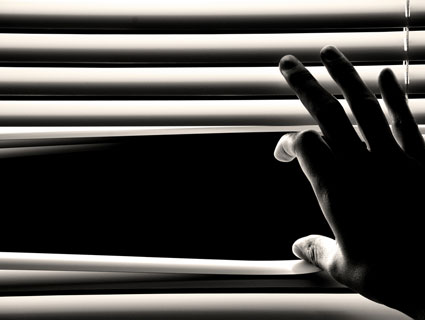 “I have patiently waited for the Department of Justice to complete its review of the situation, but it has been nearly two years since the story broke and over a year since the Department of Justice committed to doing a review of NYPD’s actions,” Rep. Mike Honda (D-Calif), who was detained in an internment camp during World War II, told Mother Jones. Honda said that the Justice Department should “conduct a full investigation, not a simple review, of the NYPD’s numerous constitutionally questionable actions immediately.”

Muslim advocacy groups have regular interagency meetings with the federal government but have also received no official response on the matter. Nor has Rep. Rush Holt (D-N.J.), who says he “first requested that the department conduct an investigation in response to news reports in September of 2011.” Since then, Holt adds, “I have received no substantive updates from the Justice Department, despite many follow-up inquiries. To my knowledge, no investigation has been conducted.”

Holder repeatedly promised lawmakers that the Justice Department was considering investigating the spying, telling Honda in February 2012 that the department was “reviewing” letters from members of Congress about the NYPD’s actions “to determine what action, if any, we should take.” The next month, the attorney general went even further: “Just what I’ve read in the newspapers is disturbing,” Holder told a Senate appropriations subcommittee on March 8, 2012. “There are various components within the Justice Department that are actively looking at these matters.”

The whole controversy began in August 2011, when the Associated Press published the first of a Pulitzer Prize-winning series of stories on an NYPD unit, established in 2002, that was advised by an official from the Central Intelligence Agency and engaged in broad surveillance and mapping of Muslim communities in New York and the surrounding region. (The CIA inspector general investigated the Agency’s involvement in the NYPD program concluding that its involvement was legal.) The unit’s operations were funded in part by federal grant money meant to help combat drug trafficking. Although an NYPD official admitted under oath that the unit’s work never led to a single investigation, New York Mayor Michael Bloomberg has defended the NYPD’s surveillance of Muslim communities as necessary “to keep this country safe.” A report by the Asian-American Legal Defense and Education Fund found that the surveillance program had a “devastating effect” on Muslim communities in the New York area, causing Muslims to censor their speech, become suspicious of those around them, and to fear that their political or academic choices could draw attention from government authorities. Last June, the Muslim civil rights group Muslim Advocates filed a lawsuit against the NYPD alleging that the department’s surveillance program violated the constitutional rights of New Jersey Muslims.

Shortly after they broke, the Associated Press stories had caused enough of a stir that members of Congress were getting involved. Holt says he first asked the Justice Department to investigate the NYPD in September 2011. Thirty-four Democratic members of Congress sent a letter to Holder in December 2011 demanding a Justice Department investigation of the NYPD. Assistant Attorney General Ronald Weich sent a letter to Honda on February 1, 2012, assuring him that they were “reviewing your letter, the news reports that you reference, and other information regarding the allegation that law enforcement agencies may have violated the Constitution or federal law by singling out Muslims or others for police contact—stops and investigations—based upon their race, ethnicity or national origin.” Several weeks later, Holder publicly told members of both the House and Senate that the Justice Department was “reviewing” whether or not there needed to be an investigation.

Members of Congress have pressed Holder on the matter since—including at a private meeting of the Congressional Asian Pacific American Caucus in September 2012. At that event, both Rep. Judy Chu (D-Calif.) and Honda both asked Holder in person about the review. Holder told them it was ongoing. Asked by Mother Jones, a DOJ spokeswoman suggested that the department still hasn’t made up its mind, adding that “we cannot comment on matters under review.”

The question of whether or not to investigate the NYPD’s surveillance activities pits two important Obama administration priorities against each other—its aggressive, often controversial efforts to prevent another terrorist attack on the United States, which have been frequently criticized by civil libertarians, and its reinvigoration of the Justice Department’s civil rights division. Since taking office, the special litigation section of the civil rights division has investigated more local police departments for unconstitutional policing than ever before, but never on behalf of American Muslims profiled by law enforcement.

Although Holder referred to the reports of the NYPD’s actions as “disturbing,” that’s not the view of everyone in the Obama administration. CIA Director John Brennan, formerly a top White House counterterrorism adviser, praised the NYPD’s surveillance program in April 2012. “I have full confidence that the NYPD is doing things consistent with the law, and it’s something that again has been responsible for keeping this city safe over the past decade,” Brennan said.

That was at odds with Holder’s initial take. “In performing these law enforcement functions, we have to take into account, you know, cost-benefit here,” Holder told the House appropriations committee in February 2012. “You do not want to alienate a community, a group of people, so that especially impressionable young people think that their government is against them. And then, you know, the siren song that they hear from people who they can access on the internet becomes something that becomes more persuasive to them.”

This piece previously stated that the CIA Inspector General was investigating the Agency’s involvement with the NYPD, that investigation has been concluded.