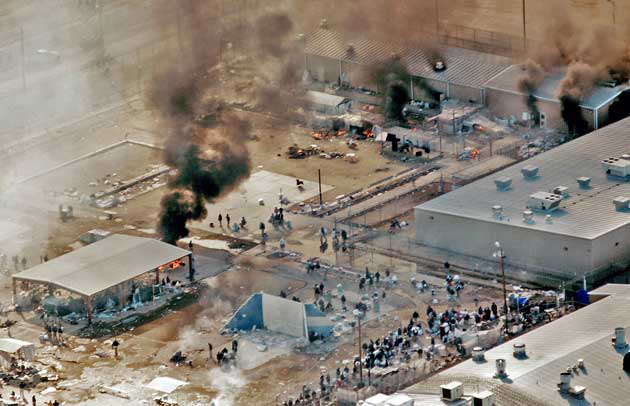 While there’s plenty of blame to go around, and while not all of the facilities described in this series have all of the problems we explore, some stand out as particularly bad actors. We’ve compiled this subjective list of America’s 10 worst lockups (plus a handful of dishonorable mentions) based on three years of research, correspondence with prisoners, and interviews with criminal-justice reform advocates concerning the penal facilities with the grimmest claims to infamy. We will roll out the remaining contenders in the coming days, complete with photos and video. Number 8 on our list is a corporate-managed Texas facility where Tylenol apparently passes for significant medical treatment.

The basics: Reeves houses so-called criminal aliens, held for various types of nonviolent violations—some three-quarters of them are held there merely for entering the country without permission. Like thousands of other migrants detained by Immigration and Customs Enforcement (ICE), they have been placed in the hands of a private prison company under contract with the Bureau of Prisons. The GEO Group, which operates Reeves, proudly declares itself “the largest detention/correctional facility under private management in the world.” 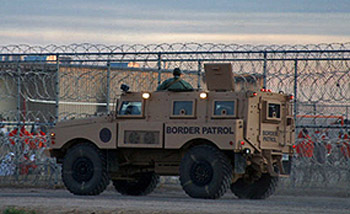 Overcrowded and understaffed, Reeves has a reputation for horrifically inadequate medical care. In 2008, an epileptic 32-year-old detainee named Jesus Manuel Galindo died of a seizure in his solitary confinement cell. His death, on the heels of at least four others at Reeves over the previous two years, followed repeated pleas from Galindo, his family, and fellow inmates to provide him with effective medication—the prison medical staff only offered him Tylenol—and to move him out of isolation so he could get help quickly when he had seizures.

The sight of Galindo’s body being carried out of the prison in what appeared to be a plastic garbage bag sparked the first of several riots in which detainees took hostages and set fire to parts of the mammoth detention complex.

The backlash: A 2010 lawsuit filed in the Galindo case by the ACLU of Texas (PDF) alleged that the prison kept costs down by withholding appropriate medical care—prisoners told ACLU investigators that they routinely would be given “two Tylenol” when they complained of serious medical problems, including stomach ulcers, blood in the urine or stool, lumps that appeared to be spreading, and various previously diagnosed chronic and serious conditions; those who pushed for better treatment ended up in solitary. “Prisoners at RCDC face an impossible situation,” said one ACLU attorney. “Private prison officials cut costs and provide deficient care, and the Bureau of Prisons won’t hear grievances about private prisons. That is a Catch-22 with deadly consequences.”

When we asked the GEO Group about the allegations, the company’s VP of Corporate Relations wrote back to say that medical care at Reeves is provided by a separate contractor. (He did not, however, address the ACLU’s claim that prisoners who complained were placed in solitary, or a follow-up question asking whether GEO Group employees are in a position to determine which prisoners get access to medical staff when they complain of a problem.) Physicians Network Association, the medical contractor, referred questions to its corporate parent, Correctional Healthcare Companies, which did not respond to our queries.

While the BOP chose not to investigate Galindo’s death, officials at Reeves identified several rioters, who were prosecuted and given additional time behind bars. As for the GEO Group, despite a long trail of complaints, lawsuits, and prisoner deaths, its annual revenues have grown steadily over the past two decades, reaching $1.7 billion last year. On the same day the Galindo lawsuit was filed, ICE awarded GEO a contract to operate another detention center in Texas.

Watch: Dan Rather reports on the conditions at Reeves.

Next prison: “A picture of such horror as should be unrealized anywhere in the civilized world.”