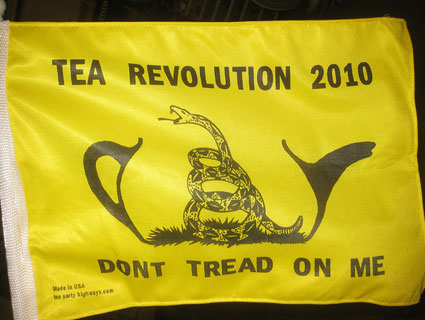 President Barack Obama announced Wednesday that Treasury Secretary Jack Lew has requested and accepted the resignation of acting Internal Revenue Service commissioner Steven Miller in response to news that the agency singled out some conservative organizations for extra scrutiny.

Beginning in March 2010, the IRS targeted groups with words like “tea party” and “patriot” in their names when applying tax laws relating to political activity. There’s no evidence other groups got the same level of scrutiny, although according to a investigation by the Treasury Department’s inspector general, that was due more to murky campaign finance laws than ideological discrimination.

“I will not tolerate this kind of behavior in any agency, but especially in the IRS, given the power that it has and the reach that it has in all of our lives,” said Obama, who took heat this week over the IRS affair as well as his administration’s handling of the Benghazi attack and the Justice Department’s seizure of journalists’ phone records.

Miller wasn’t at the IRS when the Tea Party targeting happened—Bush appointee Doug Shulman was in charge then. But according to the IRS, Miller failed to alert the Obama administration to the problem when he learn it in May 2012. Miller is scheduled to testify before the House Ways and Means Committee on Friday.

Obama also announced that he had told Treasury Secretary Lew to implement recommendations in the inspector general’s report, which doesn’t mention Miller’s name, and said he will work with Congress “as it performs its oversight role.”