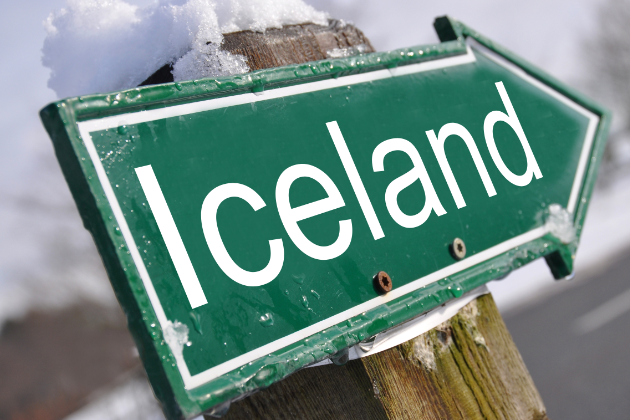 Edward Snowden, the former National Security Agency contractor who disclosed details about two massive spying programs, initially holed up in a hotel in Hong Kong, a part of the world he chose apparently because of its “spirited commitment to free speech and the right of political dissent.” But it’s not clear that Hong Kong officials are especially interested in sheltering him. And Snowden said when he went public this weekend that he might try to seek asylum in Iceland.

But Iceland is a long way from Hong Kong. At least 20 hours by air and easily a $3,000 ticket, the trip also would almost certainly require a stop in another European country that might be inclined to turn him over to the US during a layover. But could he try to follow the lead of Julian Assange and make his way to the Icelandic consulate in Hong Kong, where he could submit an application for asylum? The consulate is only about five miles from Snowden’s last known whereabouts, the swanky Mira hotel in Kowloon.

A spokesman for the government of Iceland told USA Today this would not be possible because asylum seekers have to be in Iceland to start the application process:

“The main stipulation for seeking asylum in Iceland would be that the person must be in Iceland to start the process,” said Johannes Tomasson, the chief spokesman for Iceland’s Ministry of Interior in Reykjavik. “That would be the ground rule No. 1.”

Snowden does have supporters in the country, namely Birgitta Jónsdóttir, a member of the Icelandic parliament, who released a statement this week saying, “We feel it is our duty to offer to assist and advise Mr. Snowden to the greatest of our ability.” In an interview with Mother Jones, Jónsdóttir noted that Iceland’s interior minister is a conservative “who has been saying [he wants] to strengthen ties with US, which means he will want to do everything that the US government tells him to do.” But she explained that the parliament has the power to grant citizenship to people in special cases, which could spare Snowden from extradition because, she says, Iceland has never extradited an Icelandic citizen anywhere. This would still require Snowden to get from Hong Kong to Iceland. If he did, whether Jónsdóttir could rally enough of her colleagues to take action is anything but certain.

Jónsdóttir is the public face of the Pirate Party, a newly formed opposition party dedicated to media freedom and digital innovation. The party won only 3 out of 63 seats in the recently formed parliament and may not have much clout in the matter. Moreover, others in the government have not expressed a great desire to help Snowden. After all, the United States is one of Iceland’s largest trading partners, and Iceland has a long-standing extradition treaty with the US, factors that even Jónsdóttir concedes could mean that Iceland is “not the best location” for Snowden to seek refuge.

If all else fails, Jónsdóttir says, “maybe we need to create like a whistleblower freedom boat somewhere to pick up refugees.”