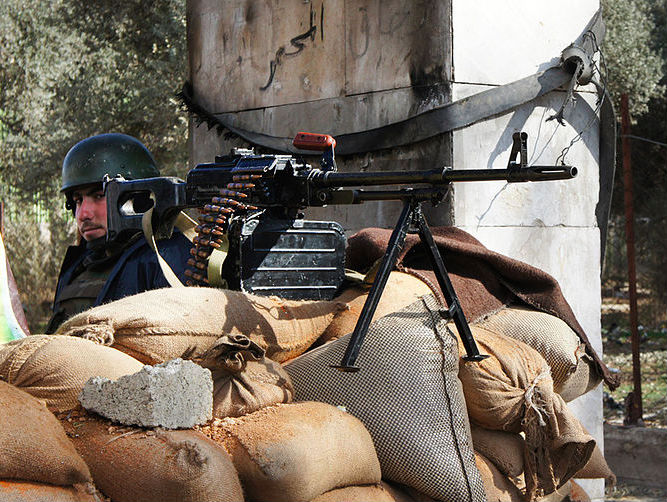 The Syrian civil war has resulted in more than two years of misery, a body count of roughly 100,000, too many war crimes to count, and talk of yet another American war effort. It might also boost the chances for approval of the Keystone pipeline, says a Republican senator.

“I believe it does,” Sen. John Hoeven (R-ND) told the Dickinson Press on Thursday. “Right now, we’re determining how to respond in the Middle East, specifically Syria, and it shows, with the volatile situation there, how important it is that we can produce our own energy in North America and not have to get it from the Middle East.”

On Thursday morning, Hoeven and Sen. Mary Landrieu (D-La.) introduced a resolution supporting the construction of the controversial Keystone pipeline, which would transport Canadian tar sands oil to the Gulf Coast in Texas. Syria isn’t a big producer of oil, and the Middle Eastern country’s exports have been severely restricted by sanctions imposed by Western powers. But it’s located near important pipelines and sea routes, and the Syria crisis and talk of US airstrikes have sharply affected oil prices.

Hoeven isn’t the only Republican tying Keystone to intervening in Syria. In late August, former House speaker and current Crossfire co-host Newt Gingrich recommended that House Republicans should link the two hot-button issues. “House GOP should combine Keystone Pipeline and Syria into one up or down vote,” Gingrich tweeted. “[Let’s] see who wants war while opposing American energy.” Right now, it seems that both decision are being put off. It is likely President Obama’s final decision on the Keystone XL project will be made next year, and this week the president asked Congress to delay a vote on authorization of military force against the Assad regime.