When it comes to holding the economy hostage, not all Republican members of Congress are created equal. While economists and financial-services experts are nearly unanimous in their view that failure to raise the debt ceiling on October 17 would be disastrous for the nation’s economic health, Republicans on Capitol Hill are divided on the subject. They can’t even agree that it’s even possible for the government to default—let alone whether running out of money to pay America’s bills would really be such a bad thing. Here’s a guide to where Republicans fall on the debt ceiling denial spectrum: 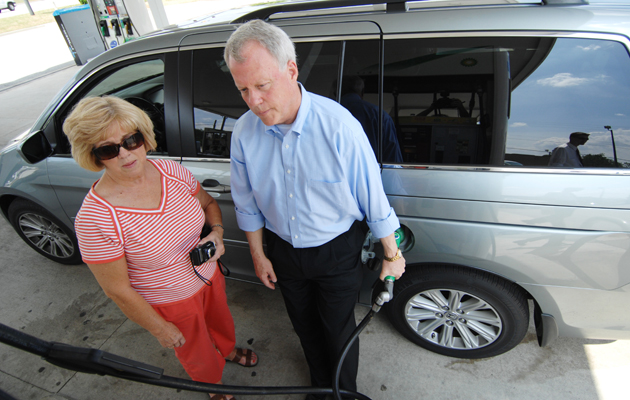 The Debt-Limit-Is-Too-Damn-High Caucus: What’s wilder than opposing raising the debt ceiling? Proposing to lower it. But in 2011, Rep. Paul Broun (R-Ga.) wrote a column in the National Review Online proposing a bill that would do just that: “Admittedly, this is not your run-of-the-mill kind of law,” he conceded. “My one-of-a-kind bill offers a real and true solution for our fiscal dilemma, and I wholeheartedly hope that my colleagues will either ante up—or try their luck at another profession.” Broun has since moderated his view. Sort of. He told NRO he’d support a debt limit deal on one condition: “America is going to be destroyed by Obamacare, so whatever deal is put together must at least reschedule the implementation of Obamacare.” 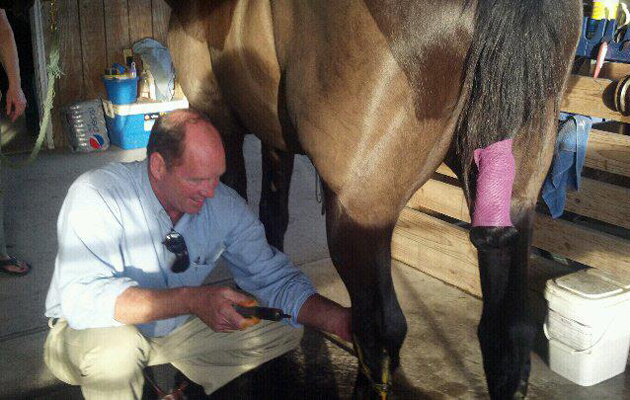 The #YOHO Caucus: One member of Congress is on the record saying that a default would be a good thing. Rep. Ted Yoho (R-Fla.) raised eyebrows last week when he told the Washington Post that a default “would bring stability to the world markets.” He explained that view more fully in a town hall in his district: “The creditors that we owe money to around the world would say, ‘You know what, they’re getting their house in order.'” Back on Earth, China, the largest foreign holder of US debt, told Washington it had a “responsibility” to raise the roof. 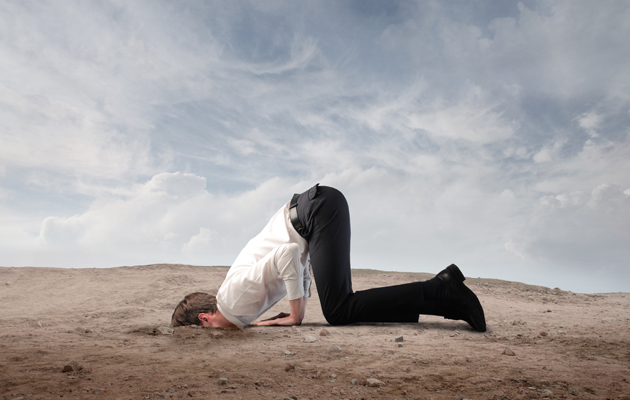 The Default-Deniers: A growing group of Capitol Hill Republicans believe that a government default is out of the question, even if Congress punts on a debt ceiling hike. Rep. John Fleming (R-La.), for his part, dismissed the notion that members of Congress should listen to economists who say Republicans are playing with fire: “Economists, what have they been doing?” Rep. Justin Amash (R-Mich.) argued in an interview last month that the country would avoid default so long as the government could continue to pay off interest with new revenues: “Democrats have a different definition of ‘default’ than what we understand it to be. What I hear from them is, ‘If you’re not paying everything on time that’s a default.’ And that’s not the traditionally understood definition.” The view has taken hold in the upper chamber too. On Monday, Sen. Tom Coburn (R-Okla.) sought to “dispel the rumor that is going around that you hear on every newscast that if we don’t raise the debt ceiling we will default on our debt—we won’t.” Economists disagree. Tim Bitsberger, a George W. Bush administration Treasury Department official, told Bloomberg that a missed payment “would blow Lehman out of the water,” referring to the investment house whose collapse triggered the 2008 financial crisis.

The It’s-Just-a-Flesh-Wound Caucus: Some members of Congress contend that the Treasury Department can cushion Americans from the negative consequences of inaction on the debt ceiling simply by prioritizing the payment of bonds and entitlements. “I think paying interest on the debt has to be paid, I think paying Social Security payments have to be paid,” said Rep. Joe Barton (R-Texas). “I don’t think paying the secretary of energy’s travel expenses have to be paid 100 cents on the dollar. We’ve got more than enough cash flow, more than enough cash flow to pay interest on the public debt when it comes due and the House Republicans have passed a prioritization bill.” The problem: The Treasury says such a selective payment system would be logistically impossible, possibly illegal—and wouldn’t be enough to stave off a severe economic hit. 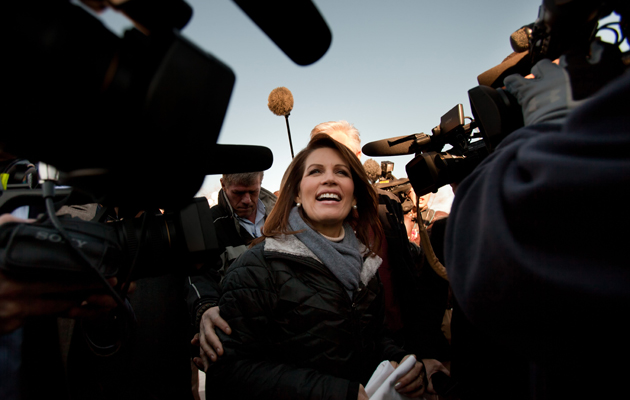 The Holdout Hipsters: Rep. Michele Bachmann (R-Minn.) opposed raising the debt ceiling before it was popular, but now she’s surprisingly mainstream. After then-House Minority Whip Eric Cantor promised an up-or-down vote on the debt limit in 2010, she called on conservatives to “force our elected officials to stop spending cold turkey.” Now she says a debt increase “needs to happen”—provided Republicans extract huge policy concessions, such as defunding Obamacare. 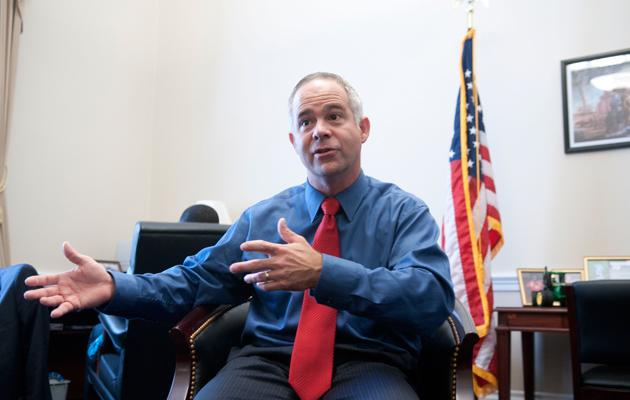 The Calendar Counters: The freshest argument to emerge from Capitol Hill Republicans is that the debt ceiling and the consequences of breaching it may be real—it’s just that the White House is lying about when D-Day will be reached. There’s no consensus as to what the alternative deadline is. Rep. Devin Nunes (R-Calif.) put the date closer to October 25. Rep. Tim Huelskamp (R-Kan.) told ABC news that “October 17 is not the real date” because “we don’t have a payment on debt until October 31 according to the Treasury Department [and] we have a big one on November 15.” Sen. Susan Collins (R-Maine), generally viewed as a moderate, said the October 17 deadline was subject to change because the Treasury “plays games.” Rep. Jeb Hensarling (R-Texas) offered a more fatalistic spin: “The bottom line is, Treasury has the ability to manage that, so the date is whatever Secretary Lew claims the date will be.” 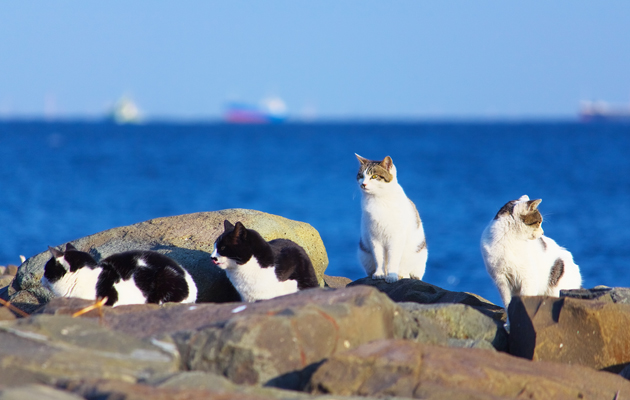 The Cat-Herding Caucus: Some Republicans fully acknowledge the legitimacy of the October 17 deadline, but contend that it’s unrealistic to expect any sort of deal that doesn’t extract sizable concessions from Democrats. Speaker of the House John Boehner (R-Ohio) has vowed to raise the debt limit, recognizing the damage a default would cause to the national and global economy—but not without certain preconditions. On Sunday he declared that he didn’t have the votes for a “clean” vote to raise the debt ceiling and has proposed packaging the hike with broader reforms on spending. 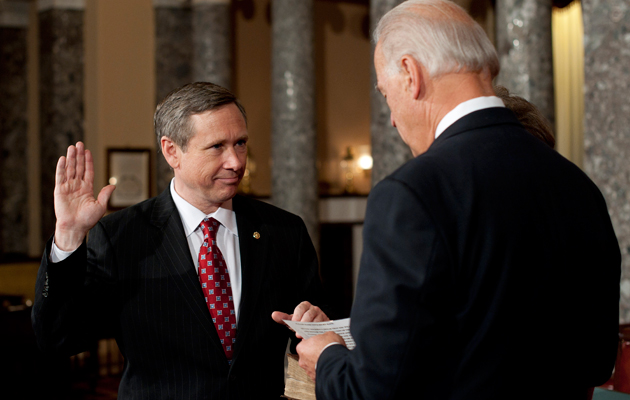 The Few, the Proud, the Yes Votes: Not all Republicans are in denial about the debt ceiling and what to do about it. On Monday, Sens. Mark Kirk (R-Ill.) and Lisa Murkowski (R-Alaska) became the first GOPers in the upper chamber to back a clean vote to raise the debt ceiling. Sen. Thad Cochran (R-Miss.) followed suit on Tuesday. Arizona Sen. John McCain said he’d still have to think about it. On the House side, Rep. Ed Whitfield (R-Ky.) is the only member of the 232-member GOP caucus to come close to endorsing a clean vote to raise the debt ceiling.