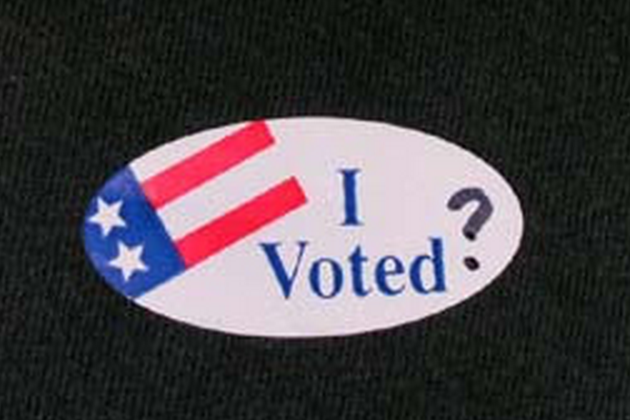 When voters across America hit the polls yesterday, many eyes were on Texas, which has faced recent criticism that its new voter ID law could make it harder for women to vote. But plenty of other states have passed restrictive voter ID laws recently. Legislators claim the laws clamp down on voter fraud—there were only 13 credible cases of in-person voter impersonation between 2000 and 2010—by requiring voters to present various forms of identification. Poor, elderly, and minority voters, along with women, are hit particularly hard by these strict voting requirements, and voters of all stripes were feeling the effects as they tried to vote yesterday.

While some Americans headed to Twitter to express their support for the new voting regulations, others used the medium to complain about not having their votes counted or being forced to jump additional hurdles, such as signing a sworn affidavit. And to underscore the confusion that these laws have wrought across the country, some voters didn’t know what kind of identification, if any, they needed. There are also reports of poll workers requiring IDs in states like New York and Iowa, which don’t have voter ID laws on the books. Mother Jones is tracking voter complaints across the United States, through both Twitter and organizations that run help lines, to determine which states were having trouble. Here’s what we’ve found:

Texas
Texas has one of the strictest voter ID laws in the country, requiring voters to prevent photo identification with a name that “substantially” matches the name on the voter registration list. High-profile Texans, including ex-House Speaker Jim Wright and Democratic state Sen. Wendy Davis, would have been unable to vote under the new law. But thanks to an amendment offered by Davis, voters whose names don’t match—particularly women who’ve taken their husbands name—can sign an affidavit swearing under penalty of perjury that they are who say they are. While plenty of voters questioned why the law was such a big deal and said they had no trouble voting—others complained of having to sign affidavits:

Voted w/ wife, who had to sign affidavit to vote, TX no longer in America! Jim Crow law in TX! @GregAbbott_TX

@GregAbbott_TX @TexasGOP Actually, it caused a delay for me. I had to keep pushing for my right to vote w/o unnecessary “affidavit.”

I voted by affidavit in Texas b/c my Tx License didn’t match my registration card. #gopfraud pic.twitter.com/eKvdat4QM3

Some voters said they couldn’t vote at all because they didn’t have proper identification:

I can board a plane with my expired license, but I won’t be able to vote today.

Went 2 Vote today and all of a sudden, my ND license is not valid photo I.D. to Vote in TX. What a crap of Bull! Even my voter card? Nogood!

And other voters were incorrectly denied the right to vote even though they had proper identification. “One Texas voter with a current voter registration card and multiple forms of ID was not allowed to vote because her driver’s license was expired and her other state-issued ID card did not reflect her current address,” says Stacie B. Royster, a spokesperson for Election Protection, a nonpartisan organization that tracks voter issues.

And Krissi Trumeter, who works for the Texas Observer, tells Mother Jones that her passport was denied despite being an accepted form of ID, and she was told she needed a Texas ID to vote. She says she was eventually allowed to vote after about 30 minutes but believes it may have been counted provisionally.

Virginia
Virginia held a closely watched gubernatorial election, where Republican Ken Cuccinelli faced off against Democrat Terry McAullife (McAullife won). Although Virginia has passed one of the strictest photo voter ID laws in the country, the law isn’t in effect yet, and voters are only required to bring in a nonphoto form of ID, such as a bank statement. Hope Amezquita, a legal staff attorney for the ACLU, tells Mother Jones that she received two reports of Virginians having trouble voting because of the current law, but noted that she anticipated a lot more reports next year, when the new law goes into effect.

Tram Nguyen, co-executive director of the Virginia New Majority, a progressive group, tells Mother Jones that her organization received “a few reports” out of Newport News from people who “believe they were improperly removed from the rolls due the voter purge” and had to cast provisional ballots. According to the Washington Post, more than 38,000 Virginian voters were purged recently from the voter rolls.

Lots of voters tweeted about having to show ID in Virginia —Teri Galvez, who has run for Republican National Committeewoman in DC, quipped that showing ID to vote “makes sense”—but other people said they had trouble casting ballots in Virginia, either because of the law or because of voter roll issues:

@dliebelson she filled out proper paperwork and turned it in. They didn’t let her vote today. Said she wasn’t on the list.

Went to Vote but learned that I need to go to my old parish, I thought going to DMV and getting new license and address was enough Fr Stefan

New Jersey
New Jersey doesn’t require that people bring ID to vote unless they didn’t provide identification when they registered, or the information they provided could not be verified. This voter says he ran into problems:

@FoxNews Edison NJ refused to let me vote until I showed an ID. They told me it is NJ law that I MUST show ID to vote. Since when?

Iowa
Gavin Aronsen, a former Mother Jones reporter, had trouble voting because he was asked to produce two forms of ID, contrary to Iowa state law. The poll worker allegedly told Aronsen that even though the state didn’t have a voter ID law as of November 5, “there will be [one], soon enough.”

Even though New York City Mayor Michael Bloomberg said that New Yorkers had “no excuses” not to vote—and New York doesn’t have a voter ID law—some people were scared off by reports of voter ID laws in other states and stayed home:

And others found that their names had been erased from the registry:

Just voted by “affidavit” in New York because apparently I’ve been purged from the voter rolls. #Conspiracy

Went to vote this morning; couldnt find my name in the registry, had to cast a provisional ballot. Just checked online: I’m registered. WTF?

Or were asked for documentation that wasn’t required to vote:

I was told a couple of illegal things this morning when I went to vote, one of which was that I was required to show ID.

Ohio
In Ohio, voters are required to bring in a nonphoto ID, such as a bank statement or utility bill. But some poll workers seemed to be dishing out provisional ballots or turning away people for not having adequate ID:

I indeed went into town to vote. For some reason they marked me as a “provisional” ballot despite me not requesting one. Still voted though.

New Hampshire
New Hampshire has one of the strictest voter ID laws in the country, requiring that the name on a voter’s photo identification substantially match the voter registration:

Had to sign an affidavit to vote this morning. How is that not a fucking problem?!

Indiana
Indiana also requires that the name on a voter’s photo identification substantially match the voter registration. This voter was asked for an ID, but notes that he didn’t mind going back home to get it “because having an ID is an important part of voting.”

Forgot my ID to vote and the woman talked to me for like 3 mins explaining why I have to have one. Clearly didn’t check my party designation

Michigan
Like Indiana and New Hampshire, Michigan requires that the name on a photo ID matches a person’s voter registration. This caused trouble for some:

Had to do a provisional ballot

They couldn’t find me in their books or on the computer, yet I voted there three times

While this voter said that it wasn’t a big deal:

Please VOTE! There are no lines, easy in, easy out! Two questions, it couldn’t be more straight forward. Our kids need your YES vote!

Tennessee
Tennessee law requires government-issued photo identification, and your signature must match the voter registration list. That part of the law tripped up this voter:

ugh. looks like i do not get to #vote today. somehow my signature is not valid. uhhh…valid enough for my passport and state-issued ID.

Pennsylvania
Pennsylvania’s strict voter ID law is currently on hold until a pending lawsuit is resolved. But that didn’t stop poll workers from allegedly asking voters for ID. Election Protection also reported that it received calls from voters concerned they would be required to show photo ID at the polls.

Voter 99 at my polling place this morning. Was (illegally) asked for ID. Go vote. #BucksVotes