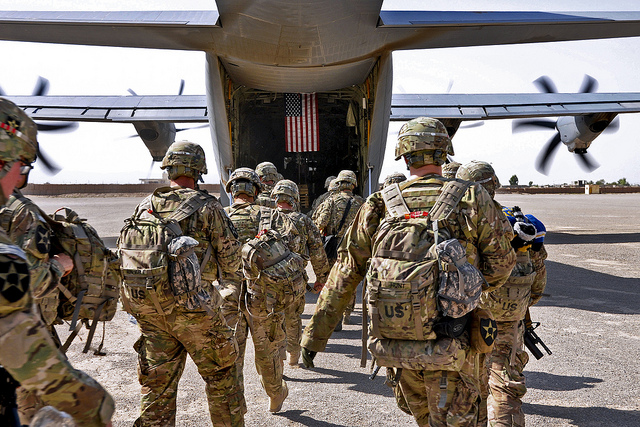 Courtesy of the US Army

A provision buried in the Pentagon spending bill soon to be adopted by Congress could open the door to anti-gay bullying, hate speech, and aggressive proselytizing inside the US military.

Earlier this week, the Senate and House Armed Services committees reached an agreement on the National Defense Authorization Act, allotting $625 billion in military spending for fiscal year 2014. And on Thursday, the House passed it by a 350-69 margin. While the measure enjoys broad congressional support, gay-rights advocates are concerned about the revamped “conscience clause,” a variation of which appeared in the version of the bill that the House passed in June. Below is the text:

Except in cases of military necessity, the Armed Forces shall accommodate the beliefs, actions, and speech of a service member and chaplain reflecting the service member’s or chaplain’s conscience, moral principles or religious beliefs, and in so far as practicable, would prohibit use of such beliefs, actions, or speech as the basis for any adverse personnel action, discrimination, or denial of promotion, schooling, training or assignment.

Critics argued that extending the protections to “actions, or speech” would allow service members to lash out at those whose faith, sexual preference, or lifestyle they opposed on religious ground, and to aggressively proselytize. (Some military institutions, particularly the Air Force Academy, have come under fire for allegedly forcing evangelical Christianity on recruits.) They also maintained that the provision would bar commanders from stepping in to prevent discrimination. In June, the White House issued a statement opposing the amendment on these grounds:

By limiting the discretion of commanders to address potentially problematic speech and actions within their units, this provision would have a significant adverse effect on good order, discipline, morale, and mission accomplishment… If the bill is presented to the President for approval in its current form, the President’s senior advisers would recommend that the President veto the bill.

The version of the defense authorization bill that the House and Senate agreed on this week has a somewhat milder conscience clause:

Unless it could have an adverse impact on military readiness, unit cohesion, and good order and discipline, the Armed Forces shall accommodate individual expressions of belief of a service member and chaplain reflecting the service member’s or chaplain’s conscience, moral principles or religious beliefs, and in so far as practicable, would prohibit use of such expressions of belief as the basis for any adverse personnel action, discrimination, or denial of promotion, schooling, training or assignment.

While the new language gives commanders more latitude, it still limits their ability to intervene. And the provision still protects “expressions of belief,” which naturally includes action and speech–meaning it could still be a license to discriminate.