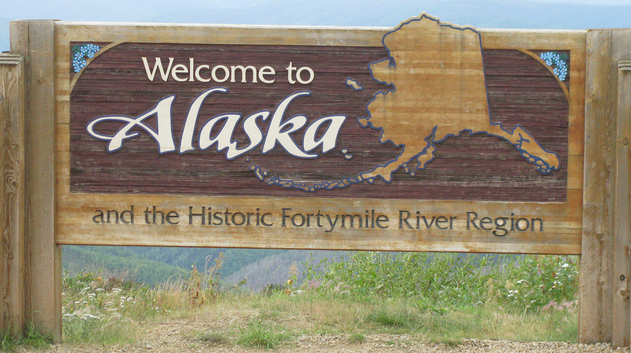 Alaska has the highest per capita rate of reported rapes in the United States, almost three times the national average. Republican Gov. Sean Parnell recently called sexual violence in his state an “epidemic” greater than bear attacks or car accidents. But the number of sexual-assault cases that state prosecutors choose to pursue is low. Only 141 total sexual-assault cases were prosecuted in 2011, according to the latest data. The data doesn’t show how many total sexual assaults were reported that year—but the next year, when the state began tracking these numbers, there were 804 sexual assaults reported to law enforcement. Last month, at a House Finance Committee meeting, Alaska state Rep. Mark Neuman (R-Big Lake) criticized Attorney General Michael Geraghty for the low prosecution rate and for not reporting adequate data on sexual assault. In response to Neuman’s criticism about sexual-assault prosecutions, Geraghty—who was speaking in support of the state’s multiyear initiative to combat domestic violence and sexual assault—blamed victims, particularly those of domestic violence, for refusing to testify (video here at 84:00):

We have a mandatory arrest statute [for domestic violence] in this state, and so…the officer has to make an arrest. Now, it’s our job to prosecute and get a conviction. I can tell you, many times—and this is the part of the problem—many victims…change their mind. It may have all been, not a prank necessarily, but a vindictive move by the victim to get back at the perpetrator, her husband or significant other, or whatever. There’s a whole gamut of facts that apply in these situations. And it’s my job to get a conviction. If the victim won’t testify and it’s a he-said-she-said, I have to make a decision of where my resources are devoted…the numbers are improving and the rate of [case] acceptance is going up.

In a March 7 letter sent to Geraghty, Peggy Brown, executive director of the Alaska Network on Domestic Violence and Sexual Assault (ANDVSA), said that she was “incredibly offended” by the “insensitive and derogatory” comments. “You should…create a climate in which victims have the confidence to step forward and report these crimes; rather than one in which your department dismissively screens out charges, calls victims a ‘part of the problem,’ shames victims and calls them vindictive,” she wrote, noting that, “there are many reasons why victims do not come forward,” including “witness tampering, through coercion” in domestic violence cases.

On Monday, Geraghty sent a letter of apology to Brown, noting, “I acknowledge there are many reasons why victims may not want to proceed with a criminal case…it was wrong for me to have said anything that suggested otherwise.” This isn’t the first time Geraghty’s office has been in hot water over how it handles sexual-assault prosecutions—in 2013, Geraghty acknowledged error in how prosecutors handled the case of a known sex offender, who was charged with killing two people and sexually assaulting a young girl and an elderly woman, hours after he was released from prison. (Later that year, Geraghty put more restrictions on plea deals, a move that was seen as beneficial to victims.)

This fiscal year, Alaska dedicated about $10.8 million to stopping sexual assault and domestic violence as part of the governor’s “Choose Respect” initiative. But at the hearing, Neuman said the reports coming out of the initiative were lacking data and the numbers weren’t reason to celebrate. “Do I think [with] great enthusiasm that we’re doing a great job? No, I do not,” he said, at one point becoming so impassioned, he said, “I’m trying to calm down here.” Geraghty disagreed with that assessment at the hearing, noting, “We go into great detail” in the report, and that sexual assault prosecutions were on the rise. (Earlier in the hearing, John Skidmore, statewide director of the criminal division at the Department of Law, said that the increase in prosecutions was directly related to an increase in sexual-assault reports.)

Rachel Gernat worked as assistant district attorney in Alaska for 12 years until 2011, focusing almost exclusively on sex crimes, and now sits on the governor’s council on domestic violence and sexual assault. She says during her work, both past and present, she “often enough” sees cases where prosecutors had enough evidence to move forward on a sexual-assault case, but chose not to. She said that in her experience, “prosecutors are stretched thin and given little support. [New prosecutors] are often sent to practice in bush communities where sex crimes are prevalent. Not only do they have no training on the intricacies of prosecuting sex crimes, but have no experience at all in prosecuting cases.”

Gernat adds that, from what she has seen, “of course [victims] are frustrated. They feel like they went through the exam and told their story only to have the case pled out or dismissed. They feel as if they are not believed. This is probably the largest comment about cases that are not accepted or pled out. Often cases are pled because there is no other extrinsic evidence to support the victim’s statement.?” Brown adds that she sees local prosecutors reject cases for a variety of reasons; for example, “if there is a victim who is under the influence of alcohol, unless it’s the perfect case, [the local defense attorneys] are not prosecuting.”

Richard Svobodny, the deputy attorney general for the criminal division of the Alaska Department of Law, says, “Each year, all prosecutors attend a three-day mandatory conference where training is given regarding prosecution of domestic violence [and] sexual assault…In addition to this yearly conference, mandatory regional training sessions on [these issues] have been attended by all prosecutors and Alaska state troopers.” He adds, “I want to stress that communications with people who have a concern about prosecutors not adequately pursuing their duties is encouraged! Once someone has given a specific case example, that case is reviewed.” He says he recently reviewed cases in Nome, Alaska [population: 3,757] and “there was no indication that any case was declined because of a ‘blame the victim’ bias on the part of the prosecutor.”

Geraghty said at the hearing that he knows the work isn’t done yet. “I don’t think I ever characterized this as we’re doing a great job. We have a long way to go. It’s a marathon.”