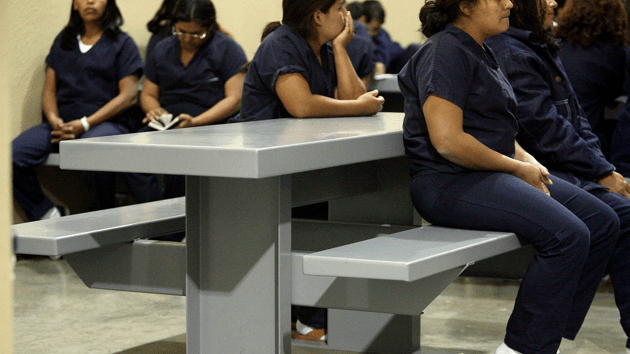 Last summer, Solace, a community group that helps oversee immigrant detention, warned US Immigration and Customs Enforcement (ICE) about alleged sexual assault, harassment, and neglect at the agency’s Otay detention facility in San Diego. But instead of working with the organization to address its concerns, ICE is now blocking its access to the center.

In August, ICE told Solace that it would no longer be able to continue its visitation program at the facility unless its volunteers agreed to sign a confidentiality agreement. The confidentiality agreement is “extremely confusing,” says Carl Takei, a staff attorney with the ACLU’s National Prison Project. “It’s vague enough that it could be used as a cover for inappropriate termination of visitation rights based on advocacy or other free-speech activities.” The form also requires volunteers to “defend” and “indemnify” ICE and Corrections Corporation of America, which runs the detention facility, from any liability “arising” out of the volunteers’ work, meaning that if a volunteer tells a detainee she has the right to sue Otay for sexual abuse, the volunteer would be required to defend Otay if the detainee were to bring a lawsuit against the facility. Takei says that this type of language would “chill” volunteers from raising concerns about detention conditions.

For six months, Solace tried unsuccessfully to persuade ICE’s San Diego field office to reinstate the visitation program and to modify the language in the confidentiality form to comply with ICE’s national detention standards, which merely require volunteers to sign an acknowledgment that they understand the rules of the facility and a waiver that releases ICE from responsibility in case of volunteer injury.

Civic, an umbrella network of visitation programs that includes Solace, sent a formal request to ICE’s national office last week requesting that the agency force its San Diego field office to modify the application form and reinstate Solace’s visitation rights. Civic asked for a response by Monday but has not received one. On Tuesday, when Civic told ICE it was going to publicize the issue, the agency said it was willing to meet with the immigrant visitation organization. “We hope to have a collaborative resolution,” says Kristen Kuriga, who helps run Solace. “But it has already taken six months.” ICE did not return a request for comment. Neither did the Department of Homeland Security.

This is not the first time that ICE has suspended visitation after volunteers criticized the agency. Last July, in response to an editorial penned by Civic’s co-executive director, Christina Fialho, which slammed the lack of oversight at immigrant detention facilities, ICE suspended Civic-affiliated visitation programs at three ICE detention centers in California. Fialho says that there have been other instances around the country in which individual Civic volunteers have participated in vigils outside of detention facilities and then been denied visiting privileges.

ICE detains about 34,000 people every day. It’s a big system and there is “very, very little oversight,” says Grisel Ruiz, a law fellow at the nonprofit Immigrant Legal Resource Center. Oversight of ICE detention facilities, which are often run by counties or private prison companies, has improved over the past half decade, Takei says. But unlike the federal prison system run by the Bureau of Prisons, there is no third-party overseer built into the ICE immigrant detention system, which is housed within the Department of Homeland Security. Most oversight of immigrant detention comes from civil-society groups, including groups like Solace.

Now, ICE “is asking us to choose between our First Amendment rights and visiting our friends in detention,” Fialho says. “This is not a choice any democracy should ask its people to make.”

After we published this article, ICE sent this response:

“US Immigration and Customs Enforcement (ICE) is committed to an immigration detention system that prioritizes the health and welfare of detainees. The agency welcomes visits to its facilities by members of community groups and encourages constructive feedback for improving conditions of immigration detention. In the interest of ensuring the safety of facility staff and detainees, ICE policy [as detailed in the agency’s 2011 Performance-Based National Detention Standards] requires that members of community service organizations seeking to participate in voluntary detainee visitation programs undergo background checks prior to being admitted to these secure facilities.”