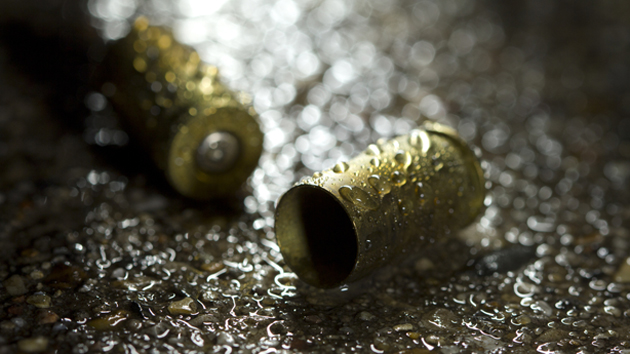 Do you have free will? In all likelihood, your late night college bull sessions failed to resolve the matter. Even today, there is not really any definitive evidence as to whether human free will does or doesn’t exist, although there are certainly plenty of reasons to doubt it: For instance, the very powerful evidence suggesting that our conscious thoughts are preceded by automatic emotional reactions, of which we are simply unaware.

But it’s one thing to gab about whether free will exists, and quite another to question why humans overwhelmingly tend to believe that it does. If you’ve read your Friedrich Nietzsche, you know that the consummate anti-philosopher had a pretty cynical take on this question. Nietzsche didn’t simply call free will itself “the foulest of all theological fictions.” In his work Twilight of the Idols he went further, psychoanalyzing the ubiquitous belief in free will and concluding that deep down, we want to believe that people have control over their own choices so that we can justify and feel good about punishing them. “Whenever responsibility is assigned,” wrote Nietzsche, “it is usually so that judgment and punishment may follow.”

Modern psychological research suggests that Nietzsche was on to something. In fact, in a new study in the Journal of Personality and Social Psychology, a team of authors from several universities (the University of California-Irvine, Yale University, and two others) have put Nietzsche’s thesis to the experimental test. “We propose that the pervasive belief in free will partially flows from a desire for moral responsibility in order to justify punishing others for their anti-social behaviors,” state the authors. “Therefore, when there is a desire to punish, people should be motivated to believe in free will.”

The paper then proceeds to show as much in five separate studies, a few of them rather ingenious. In one of experiment, 277 students in an undergraduate psychology course got a surprise email from their professor two days after they had taken their midterm exam. The email they received said one of three things: 1) that a student had been caught cheating on the exam, and had been punished; 2) that someone had cheated on the exam (because a cheat sheet was found in the exam room) but the perpetrator had not yet been identified or punished; or 3) that an un-described “activity” would be taking place in the next class (the “control” group). Then, all the students were asked to complete a questionnaire asking their level of agreement with statements like “Criminals are totally responsible for the bad things they do” and “Strength of mind can always overcome the body’s desires.”

Sure enough, the students who had read the emails about cheating showed a stronger belief in the existence of free will than the students who had received the control email. Noting that this was, in effect, a real-world experiment, the authors wrote that “the present findings of increased free will belief in response to immoral behaviors are likely to be present and relevant in the real world, not merely the laboratory.”

Three other experiments reported in the paper reached a similar conclusion using a variety of different designs and methodologies. Finally, to top it all off, the researchers conducted an independent analysis of real-world statistics that are relevant to the question at hand. As it turns out, over the years the World Values Survey has often asked a question related to free will:

Countries with high homicide rates also have citizens who believe strongly in free will.

This phrasing isn’t perfect when it comes to assessing free will beliefs, in that it asks about whether you have control over what “happens” to you, rather than over your own actions. Still, from a scientific perspective, the question has the advantage of having been asked of people around the world. That’s a lot of data. So the study authors proceeded to look for a relationship between a country’s average belief in free will and homicide rates in that country, hypothesizing that more crime-ridden places would also tend to believe more strongly in free will, presumably out of a desire to see criminals punished.

They were able to obtain adequate data for 74 countries (the experiment controlled for factors like literacy rates, degree of government authoritarianism, and GDP). And sure enough, for these countries there was a marked relationship between homicide rates and belief in free will. For instance, countries like Venezuela, Columbia, and Guatemala—which have very high homicide rates (Venezuela’s was about 45 homicides per 100,000 people in 2010)—also have citizens who believe strongly in free will. The United States has a much lower homicide rate (about 5 per 100,000), but that’s still higher than most industrialized countries. Not surprisingly, then, Americans also tend to be fairly strong believers in free will. (The same relationship also held up when the researchers compared free will beliefs with rates of other, non-homicide crimes across countries.)

What are the implications of all this? According to lead study author Cory Clark of the University of California-Irvine, the upshot is certainly not that we ought to do away with punishment—or that we should necessarily stop believing in free will. “I think people kind of need to believe in free will,” says Clark.

However, the research certainly may make us call into question how we think about punishment, and in particular, whether it should be punitive and retributive in nature (about getting even with those who are guilty) or whether instead it should be more rehabilitative (about changing behavior). “You can still punish someone to mold behavior, but you’re not punishing as much for retributive purposes,” says Clark.

As science continues to demonstrate just how much of our behavior is controlled by subconscious forces (of which we are not even aware), that’s an approach to punishment that we may want to consider carefully.