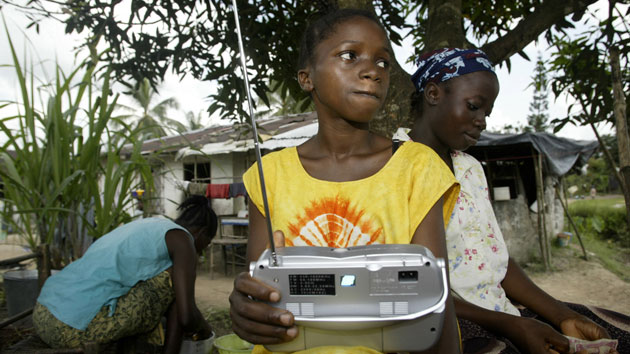 Since it started in March, West Africa’s Ebola outbreak has spread to five countries in the region. But its toll on the Liberian people—who account for more than half of the 5,700 cases—has been especially devastating. To instill a sense of unity amid the crisis, several Liberian organizations brought together some of the country’s top artists to make a song about the crisis. The result, called “Save Liberia,” debuted last week. You can listen to it below:

“It’s like ‘We Are the World‘ for Liberia,” says Lawrence Yealue, Liberia’s country director for Accountability Lab, an anti-corruption NGO that helped organize the project. “We Are the World” was a 1985 collaboration between more than 40 artists—from Michael Jackson to Bob Dylan—to raise money for famine relief in the Horn of Africa. This song, Yeaule says, will help spread a message about Ebola’s seriousness to “every village and town” in Liberia.