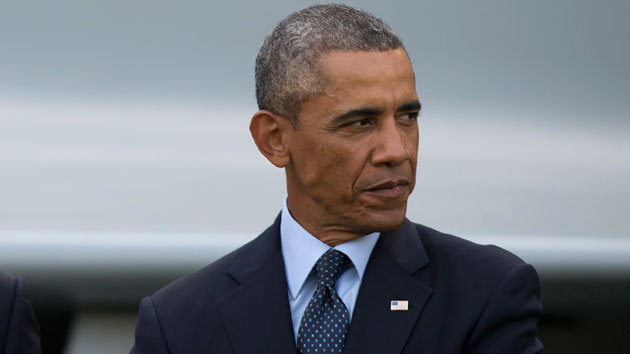 Here is President Barack Obama’s challenge: how to unleash the dogs of war without having them run wild.

This dilemma applies to both the political and policy considerations Obama faces, as he expands US military action in Iraq (and possibly Syria) to counter ISIS, the militant and murderous outfit that now calls itself the Islamic State and controls territory in northern Iraq and eastern Syria. In a speech from the White House on Wednesday night, Obama announced what was expected: The United States would widen its air strikes against ISIS in Iraq, “take action” of some sort against ISIS in Syria, ramp up military assistance for the Syrian opposition, keep sending advisers to assist the Iraqi military’s on-the-ground-campaign against ISIS, and maintain pressure on Iraqi politicians to produce a national government that can represent and work with Sunnis and, consequently, undercut ISIS’s support and appeal in Sunni-dominated areas of the country—all while assembling a coalition of Western nations and regional allies. (He gave no details about the membership of this under-construction alliance.) The goal: to “degrade and ultimately destroy” ISIS. There were no surprises in the speech, and this strategy of expanded-but-limited military intervention—Obama referred to it as a “counterterrorism campaign” different from the wars in Iraq and Afghanistan—has a fair amount of support from the politerati and the policy wonks within Washington and beyond, as well as from the public, per recent polling. But whatever he calls it, the president is attempting a difficult feat: waging a nuanced war.

First, the politics. Despite years of public war-weariness following the Iraq War—a war that was sold on false pretenses and that yielded the current mess—Americans these days are telling pollsters that they support US military action against ISIS. An NBC News/Wall Street Journal survey found that 94 percent had heard about ISIS beheading two American journalists. That’s a whopping figure; far above any other event measured in NBC News/Wall Street Journal polls in the past five years. (The 2011 debt ceiling crisis rated only 77 percent.) And in this particular poll, 47 percent of the respondents noted that they fear that the United States is less safe now than prior to the 9/11 attacks. (A year after the attacks, only one-fifth said this.) Put it all together, and a good assumption is that many Americans are wigged out by ISIS and the chaos in Iraq. This may be, as some war skeptics have noted, due to extensive media coverage of ISIS and its bloody deeds. Yet whether the public fear is justified—in recent days, some foreign policy experts have noted that ISIS does not pose a direct and immediate threat to the United States—Obama, at this point, has plenty of political leeway for beefed-up military operations aimed at ISIS.

Though some progressive Democrats and libertarian-minded Republicans have already decried Obama’s stepped-up campaign in Iraq, he has not faced the sort of political opposition he encountered last year when he was considering bombing the regime of Bashar al-Assad in Syria in retaliation for its use of chemical weapons (before Syria agreed to hand over its chemical weapons). There might be a tussle over whether Obama needs congressional authorization for the expanded military action against ISIS. In his speech, he said he already has the authority to proceed; some legislators say he does not, some say he does, and many lawmakers simply don’t want to be put on the hook with a vote. But there’s not yet a sign this will turn into a true political brawl. Still, Obama has to be careful. As he encourages and preserves support for this war, he cannot overstate the the threat ISIS poses—or allow others to hype that threat—for that could place him in a difficult position: advocating a limited strategy to deal with a situation the public views as a grave danger.

Obama has to present the ISIS problem in accurate terms. It’s now a threat to the region and US interests there, not an existential threat to the so-called homeland. Yet neocons and other hawks—John McCain, Dick Cheney, etc.—have gone full war, declaring that ISIS presents a profound danger to the United States and that Washington must go all-out (unilaterally, if necessary) to destroy this enemy. They’ve been calling for greater US involvement in the Syrian civil war. If Obama doesn’t manage the debate about the dangers ISIS poses, he will empower the hawks and weaken his political standing. And in the post-9/11 world, it’s tough to talk about threats and proportionate responses, without providing ammo for those who want to turn up the volume to 11.

In the speech, Obama did associate ISIS with the “terrorist threat” that yielded 9/11. But he stated that the current danger ISIS presents is directed at “the people of Iraq and Syria and the broader Middle East.” He added, “If left unchecked, these terrorists could pose a growing threat beyond that region—including to the United States. While we have not yet detected specific plotting against our homeland, ISIL leaders have threatened America and our allies.” He also raised the specter of Europeans and Americans joining ISIS forces and returning to their home countries to carry out “deadly attack”—a scenario some terrorism experts believe has been exaggerated. So Obama walked a fine line: He gave the impression that thwarting ISIS is important for preventing another 9/11, yet he noted that was no reason to fear an ISIS attack against the United States at this time. With this approach, the president is not curtailing excessive interpretations of the ISIS threat.

In 2003, George W. Bush and Dick Cheney sold a war on a simple premise: Saddam Hussein was a threat to the survival of the United States, and the only option was a full-scale invasion. Obama is presenting the public a military action that is not based on a black-and-white view (ISIS is evil, we will destroy it any way we can) but one predicated on grays. If US air strikes can make a difference, if other nations join in, if the Iraqi government gets it acts together, if the Iraqi military can do its job, then the United States will use its military might in a limited way to vanquish ISIS. A conditional case for war does not easily sync up with the stark nature of such an enterprise. If any of these ifs don’t come to be, will Obama be cornered and forced by his rhetoric to do something? After depicting ISIS as a peril warranting a US military response—and with much of the American public convinced of that—can he then shrug his shoulders and say, “Never mind”? Will he provide the hawks an opening for political attacks and demands for greater military intervention? In his speech, the man who ran for president with the pledge to end the Iraq War declared, “We will not get dragged into another ground war in Iraq.” But what if all else fails? He vowed to eradicate the ISIS “cancer,” noting it will take time to do so. Can he stop if his nonwar counterterrorism campaign does not defeat the disease? It is hard to put the case for war back in the box.

The policy side of Obama’s ISIS dilemma is similar. Once ISIS is deemed a threat that must be countered with US military force, the commander-in-chief could find it difficult to adhere to self-imposed restraints. If air strikes pounding suspected ISIS targets in Iraq don’t do the trick, is Obama obligated to bomb in Syria? If bombing in Syria doesn’t turn the tide, does the United States have to become more involved in the civil war there? If US trainers don’t sufficiently help Iraqi troops battling ISIS, does the president resist calls for introducing US special forces into the fight? If an Iraqi unity government cannot function, does the United States and other coalition members wage the fight against ISIS on their own? If the current crisis yields a wider Sunni-Shiite conflict, what the hell does the United States do?

Obama’s intentions are clear: He doesn’t want to return to full-scale US military involvement in Iraq. But now that he has committed the United States to renewed military action there, where’s the line? When US military intervention in Libya was debated in the White House, Obama, after careful deliberation, chose a calibrated course of action that included limited US military involvement as part of a multilateral campaign. That plan achieved its end: Libyan dictator Moammar Qaddafi was ousted. (The dust there, however, is far from settling.) Obama’s approach to ISIS is similar, but this problem is more vexing and the risks greater. His speech gave little indication of how he might confront the possible problems and hard choices that will likely come.

There’s an old cliché: No battle plan survives contact with the enemy. The same might be true for a case for war. Once a war is started, the narrative of that war, like the events themselves, can be hard to control.