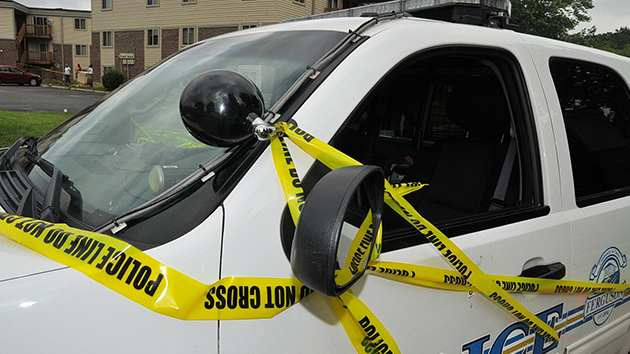 Darren Wilson's car on the day he killed Michael Brown.

After St. Louis County Prosecutor Bob McCulloch announced Monday that Ferguson police officer Darren Wilson would not be indicted for killing Michael Brown, the county released a collection of documents from the grand jury proceedings. Among them were hundreds of photos from the investigation, depicting everything from the crime scene to Wilson at the hospital after the shooting. Here are just a few (all photos provided by the St. Louis County Prosecutor’s Office): 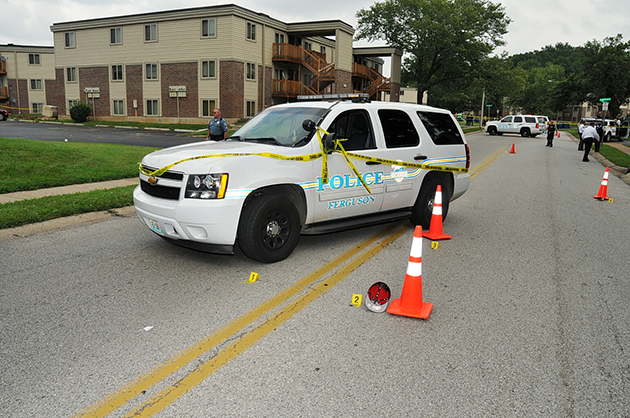 Wilson’s police SUV after the shooting. Brown’s hat lies next to it. 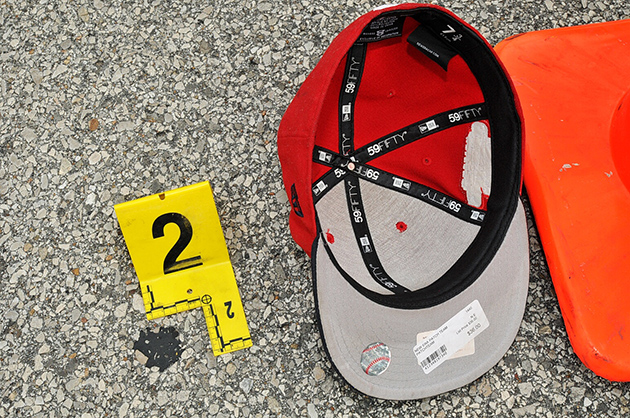 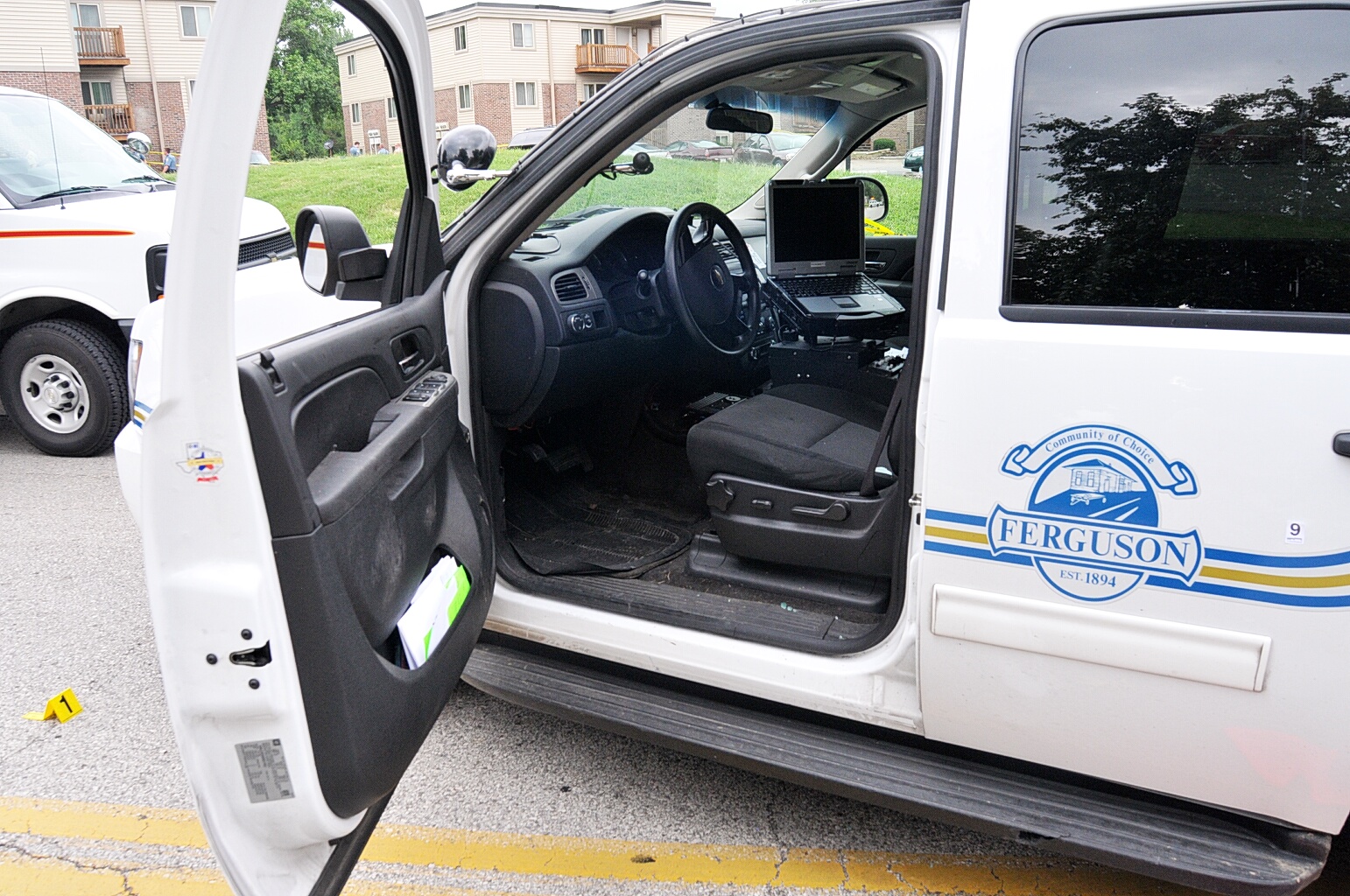 The inside of the police SUV where the initial encounter between Wilson and Brown took place. 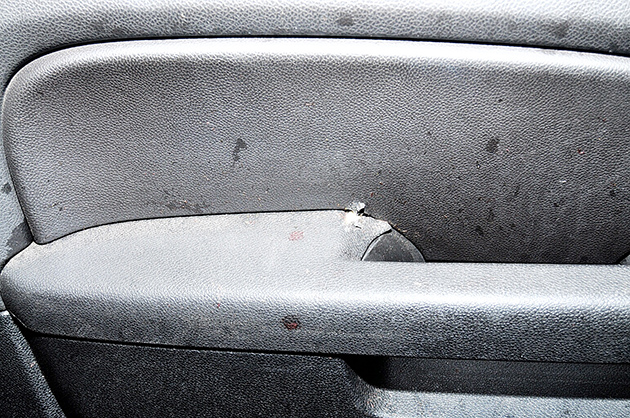 Shots were fired inside the car, and at least one went through the door. 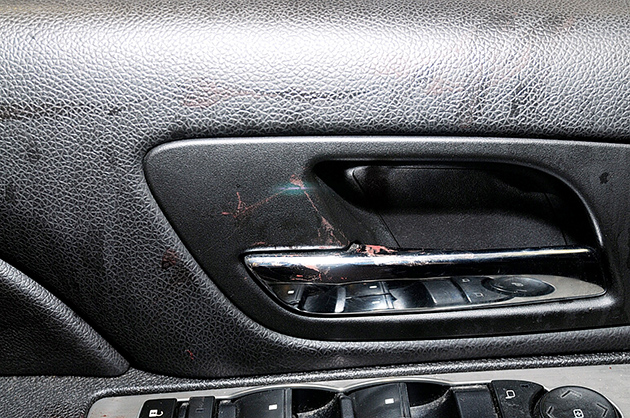 The driver’s side door handle with what appears to be blood on it. 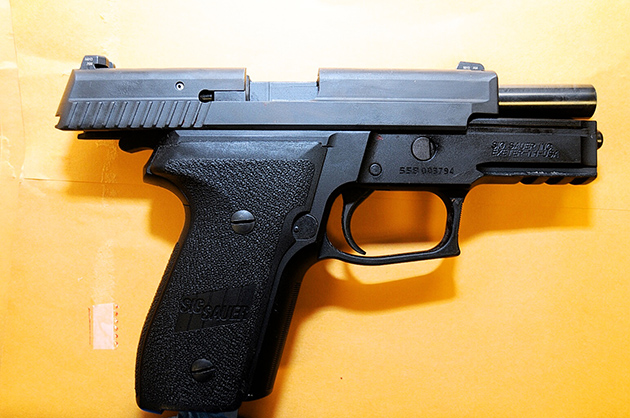 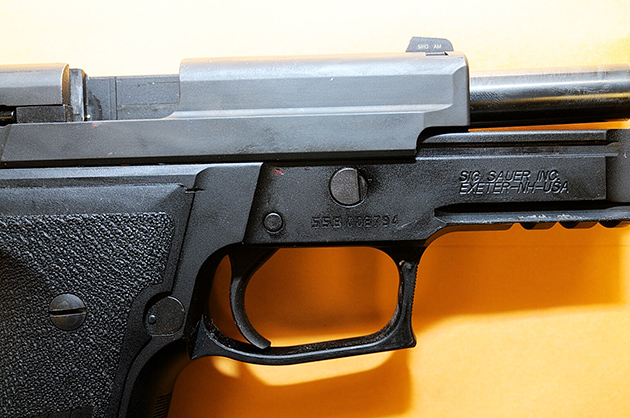 A closer look shows what appears to be blood on the gun. 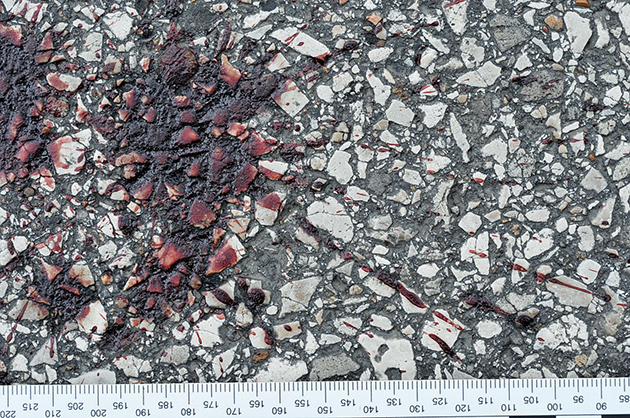 Blood on the street (presumably Brown’s) 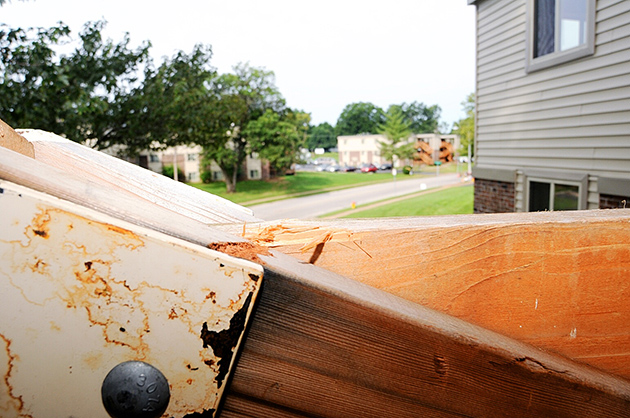 Wilson, according witnesses and his own testimony, missed several times as he fired at Brown. Some of those bullets struck nearby buildings. 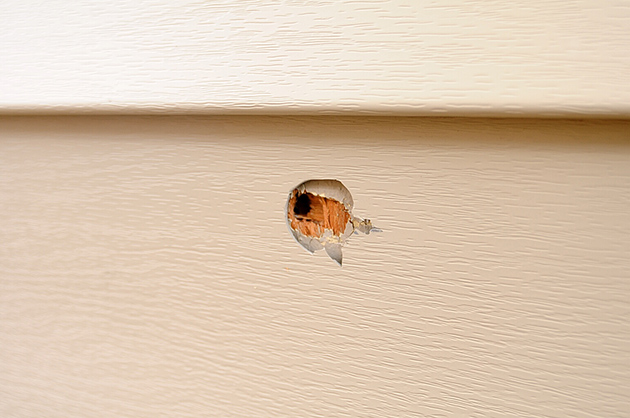 Where one of Wilson’s shots entered the wall of a nearby apartment building. 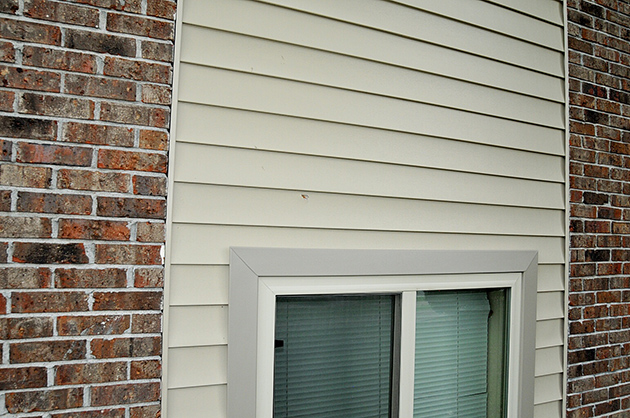 This shot narrowly missed a window. 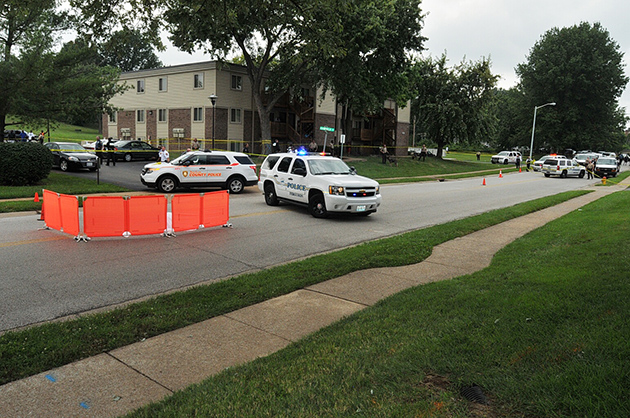 There has been contention about the distance between Wilson’s car and Brown’s body. This shot shows Brown’s body behind a screen with Wilson’s SUV off further down the street. 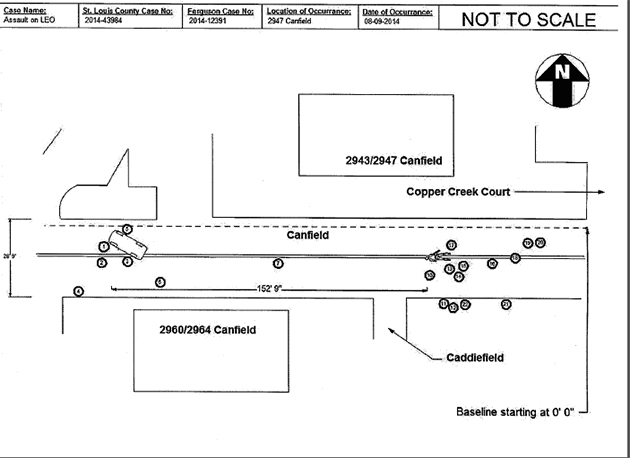 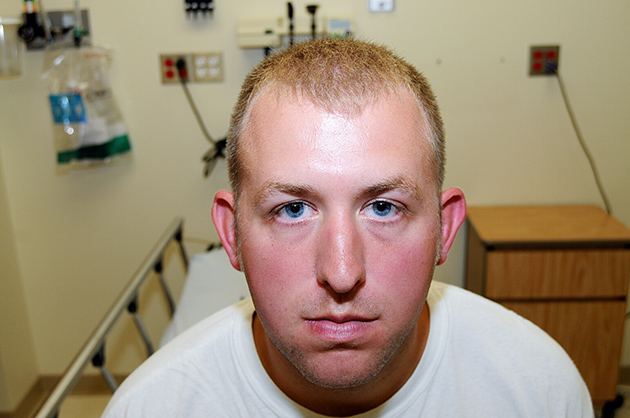 Wilson said in his grand jury testimony that he only went to the hospital because a superior told him to. Here he is during his examination shortly after Brown’s death. 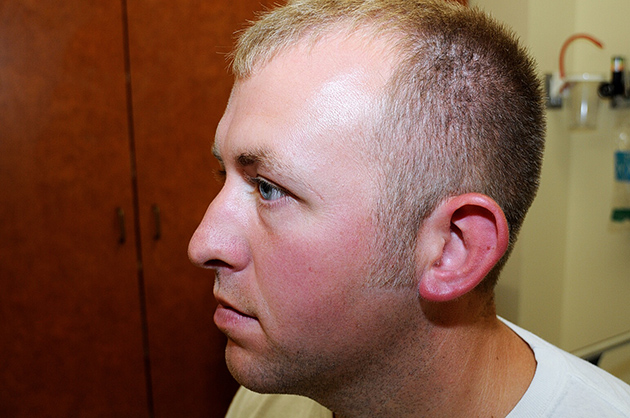 The left side of Wilson’s face. 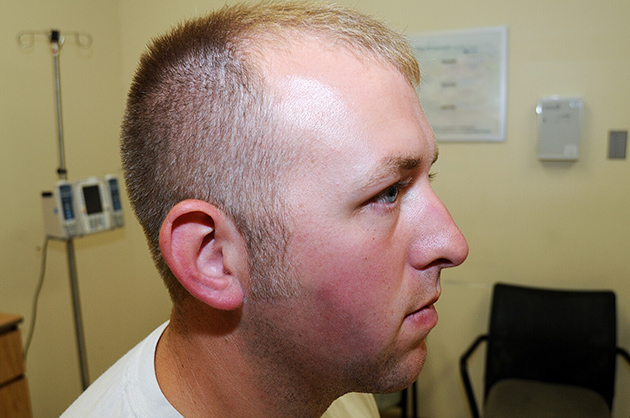 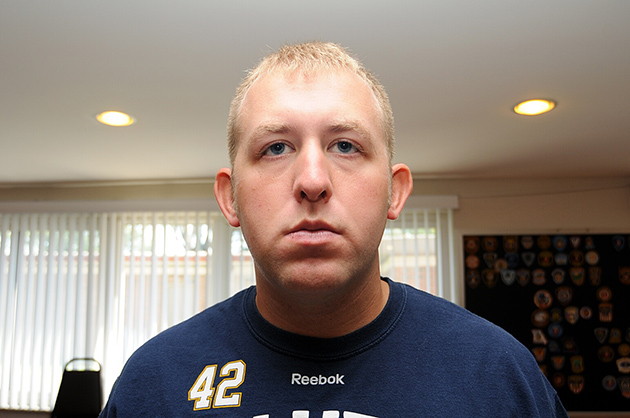 A shot of Wilson taken Aug. 21 (according to the photo’s metadata), less than two weeks after the shooting.