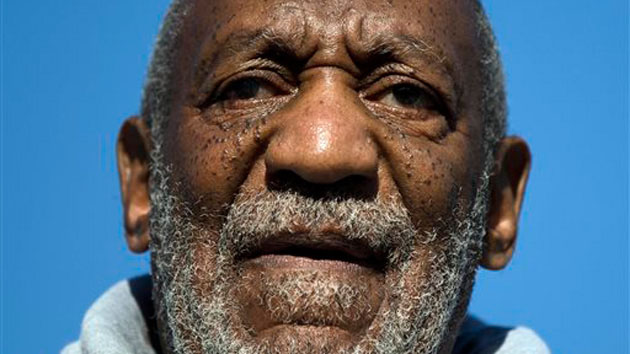 The rape allegations against Bill Cosby most likely can no longer be prosecuted due to statutes of limitations.Matt Rourke/AP

On January 23, 2014, Bart Bareither walked into the Marion County Sheriff’s Department in Indianapolis. The 39-year-old computer engineer confessed to having raped a nursing student nine years earlier, while he was a teaching assistant at Indiana University. “He had a sincere demeanor. His head was bowed. It was clearly eating at him; he was apologizing,” recalls university detective Kimberly Minor, who was brought in to take his statement. Minor then contacted Jenny Wendt, who had been 26 at the time of the assault. She had not originally reported the crime because she thought it would be difficult to prove since she’d been on dates with Bareither. But even now, she soon learned, Bareither would not face any charges.

Indiana law classifies sexual assaults into two categories: Class A felony rape, in which an assailant causes serious bodily injury, uses deadly force, or drugs the victim; and Class B felony rape, which includes other types of sexual assault. There is no statute of limitations for Class A offenses, so charges may be filed anytime after a crime is committed. The statute of limitations for Class B offenses—like what happened to Wendt—is five years. Minor says she and the Marion County prosecutor searched for a way to bring Bareither to trial, but it was soon clear that the opportunity had passed. “I think he knew about the statute,” Minor says. (Bareither did not respond to emails and calls from Mother Jones.)

Indiana’s short window for bringing rape cases to trial is not unique. Nationwide, 34 states have statutes of limitations on filing rape or sexual-assault charges, ranging from 3 to 30 years. In New Hampshire, charges must be filed within six years of a crime; in Connecticut, it’s five years. In Minnesota, it’s three. Some states tie the statute of limitations to reporting deadlines. If a survivor in Illinois comes forward within three years, the state has 10 years to file charges. If she takes longer than that, the case dies.

Twenty-seven states extend or suspend statutes of limitations if DNA evidence can identify a suspect, but these exemptions vary. Georgia puts no time limit on rape cases in which a DNA match has been made. In Indiana, prosecutors must charge a suspect within one year of a DNA match. In Connecticut, the crime must be initially reported within five years for any future DNA match to be considered.

Survivors and activists have campaigned to make these laws reflect changing attitudes toward sexual violence and improvements in investigating old cases. In 2008, Mel Townsend, a sophomore at the University of Kansas, was raped by a man who broke into her house in the middle of the night. She thought police would quickly find her attacker, suspected to be a serial rapist who had attacked a dozen other college students. “I really didn’t even have a ballpark idea of how long these types of things take to get resolved,” she says.

Four years went by. Then she met with a detective who told her there was just one year left to file charges. “I was super angry. I walked out and told my mom, ‘This is wrong,'” she recalls. Townsend lobbied state legislators, who, in March 2013, unanimously eliminated Kansas’ statute of limitations for all rape cases. “It hadn’t been changed before simply because most people were unaware that the statute even existed in the first place,” Townsend says. Her attacker still has not been identified.

“Rape is a crime of shame and humiliation.” Survivors may take years or decades to come forward.

The issue received renewed attention last August, when, while campaigning for governor of Texas, Wendy Davis made an appearance with Lavinia Masters, who had been sexually assaulted in 1985. In 2005, after a months-long search, Masters’ 20-year-old rape kit was found and tested for the first time. DNA in the kit matched that of a man who was already in prison for other offenses, including sexual assault. (Nationwide, as many as 500,000 rape kits currently remain untested.) But the suspect couldn’t be charged because Texas’ 10-year statute of limitations had run out. Davis proposed ending the state’s statute of limitations for rape altogether. Pressed on the issue, Texas Attorney General (now Gov.-elect) Greg Abbott endorsed Davis’ plan. (The recently resurfaced rape allegations against Bill Cosby have also put statutes of limitations in the spotlight; it appears that the alleged incidents can no longer be prosecuted.)

“In some cases, these laws have been around for centuries,” says Scott Berkowitz, the founder and president of the Rape, Abuse, and Incest National Network, which tracks statutes of limitations. Historically, homicide has been the only crime for which there is no expiration date for filing charges. This was a reflection of murder’s unique seriousness, but it also was meant to prevent the courts from getting clogged with lesser cases based on old memories and aging evidence. “The concept of the statute of limitations is grounded in fairness,” says Sandra Thompson, a former Manhattan assistant district attorney who now teaches law at the University of Houston. “Most of us can’t remember what we ate last week—it’s hard to remember something that happened years ago.”

The idea behind imposing short statutes of limitations on rape cases in particular can be traced back to English common law. Under the doctrine of the “fresh complaint rule,” rape victims were obligated to raise a “hue and cry” immediately after being attacked; waiting too long to lodge a complaint would invalidate the charge. As influential 17th-century British jurist Sir Matthew Hale argued, “the party ravished” must promptly pursue justice; “otherwise it carries a presumption that her suit is but malicious and feigned.”

Skeptics say that extending or abolishing statutes of limitations won’t bring many more rapists to justice. “Most rape cases come down to a question of sexual consent. They are ‘he said/she said,'” says Amanda Peters, a former Houston prosecutor who teaches at the South Texas College of Law. And as any viewer of The First 48 knows, the longer a case goes unsolved, the less likely it will ever be closed. “Memories worsen, juries get more skeptical,” Peters says.

In English common law,  victims had to raise a “hue and cry” after being attacked; waiting too long would invalidate the charge.

Yet that principle overlooks what we now know about the profound emotional and social barriers to reporting sexual violence. “Rape is a crime of shame and humiliation,” explains Marci Hamilton, an expert on statutes of limitations who teaches law at Yeshiva University. Survivors may take years or decades to come forward. The majority of sexual assaults go unreported, most commonly because victims say they fear reprisals or think they won’t be believed.

Short statutes of limitations also do not take into account the investigative failures that have derailed many cases. In 2003, a masked man raped 16-year-old Meaghan Ybos at knifepoint inside her Memphis home. Her rape kit sat untested for nearly a decade until 2012, when it was matched with the DNA of a serial rapist. In March 2013, Anthony Alliano pleaded guilty to raping Ybos and six other women and was sentenced to 178 years in prison. Ybos and two of Alliano’s other victims are suing the city of Memphis, which has more than 12,000 untested or undertested rape kits in storage, some dating back to the 1970s.

Ybos, whose case was resolved before a 15-year statute of limitations for aggravated rape expired, also campaigned to change the law. She initially encountered indifference and hostility. “Officials didn’t want to address the problems with rape,” she says. She helped write a law, passed last spring, abolishing time limits on prosecuting rape in Tennessee. 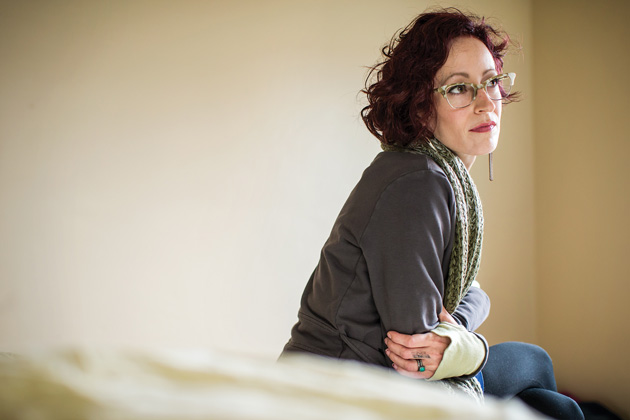 Following Bart Bareither’s confession, Jenny Wendt began a campaign to change Indiana’s laws, addressing rallies and meeting with legislators. “Frankly, I was a bit surprised that rape had a statute of just five years,” says Republican state Sen. Michael Crider, who plans to introduce a bill extending or abolishing the time limits on prosecuting rape. State Rep. Christina Hale, a Democrat working with Crider, says the bill’s critics claim it will lead to a witch hunt for perpetrators. But considering the trauma and stigma that prevent rape survivors from immediately coming forward, she says, “five years is just not a long enough time.”

Until recently, Wendt lived less than 10 minutes away from Bareither, “terrified of him and to know he’s still thinking about it.” A change in the law won’t resolve her case, but that’s not what’s driving her. “My sole purpose from the beginning is to ensure that nothing like this happens to anyone ever again,” she says. “We are way behind the times.”