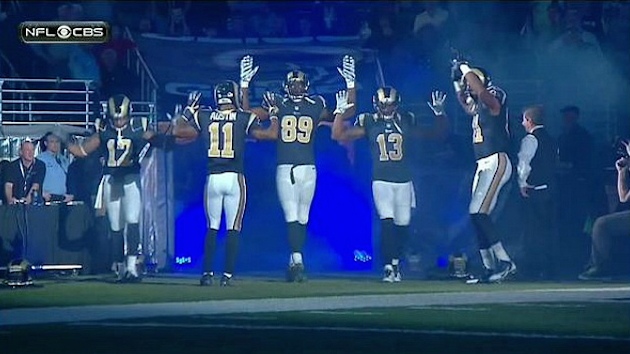 St. Louis Rams players Tavon Austin, Kenny Brit, Stedman Bailey, Jared Cook, and Chris Givens entered the field at Edward Jones Domes for Sunday’s game against the Raiders in the “hands up, don’t shoot” pose, which has become a touchstone of the Ferguson protests ever since the killing of Michael Brown by Darren Wilson in August.