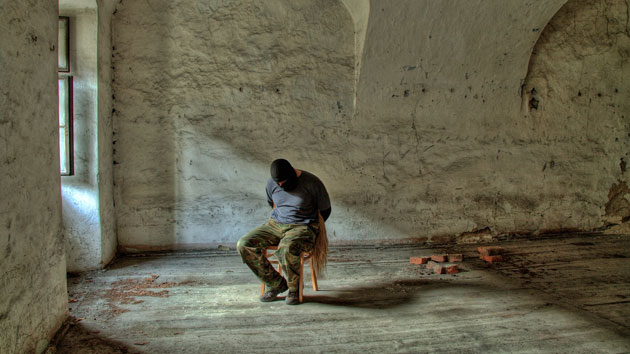 On Tuesday morning, the Senate intelligence committee released an executive summary of its years-long investigation into the CIA’s detention and interrogation program. President George W. Bush authorized the so-called “enhanced interrogation” program after the 9/11 attacks. The United States government this week has warned personnel in facilities abroad, including US embassies, to be ready in case protests erupt in response.

The full report includes over 6,000 pages and 35,000 footnotes. You can read the executive summary here. Here are some of the lowlights:

3. Over 20 percent of CIA detainees were “wrongfully held.” One was an “intellectually challenged” man who was held so the CIA could get leverage over his family (p. 12):

4. One detainee, Abu Hudhaifa, was subjected to “ice water baths” and “66 hours of standing sleep deprivation” before being released because the CIA realized it probably had the wrong man (p. 16, footnote 32):

5. The CIA, contrary to what it told Congress, began torturing detainees before even determining whether they would cooperate (p. 104):

7. The CIA planned to detain KSM incommunicado for the rest of his life, without charge or trial (p. 9):

8. During waterboarding sessions, KSM made up a story that Al Qaeda was trying to recruit African-American Muslims…in Montana (p. 118):

9. In 2003, Bush gave a speech at a UN event condemning torture and calling on other nations to investigate and prosecute torture allegations. The statement was so at odds with US practices that the CIA contacted the White House to make sure enhanced interrogation techniques were still okay (pp. 209-210): 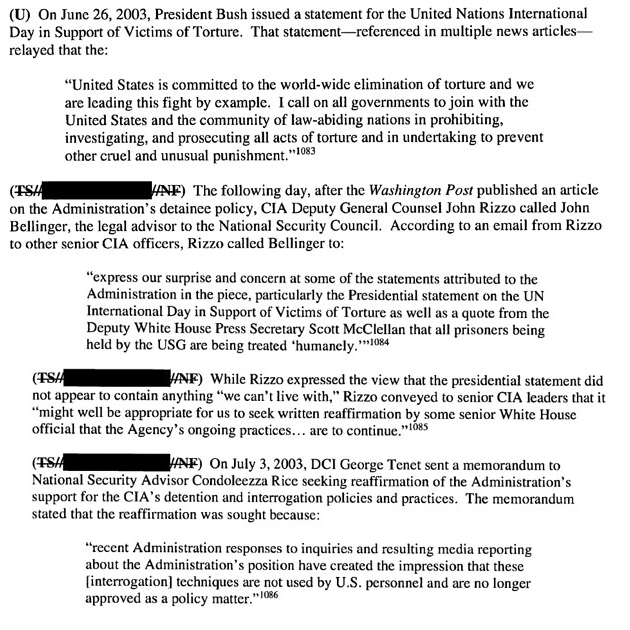 11. A detainee was tortured for not addressing an interrogator as “sir”—and for complaining about a stomach ache (p. 106):

12. CIA officers cried when they witnessed the waterboarding of Abu Zubaydah (p. 44):

13. Within weeks of his arrival in CIA custody, Zubaydah was “on life support and unable to speak” (p. 30):

14. Bush Justice Department official Jay Bybee, who is now a federal judge, told Congress the torture of Al Qaeda detainees led to the US capture of Jose Padilla. That wasn’t true (p. 207):

15. The secretary of state wasn’t informed when the CIA made secret deals to open detention facilities abroad (p. 123):