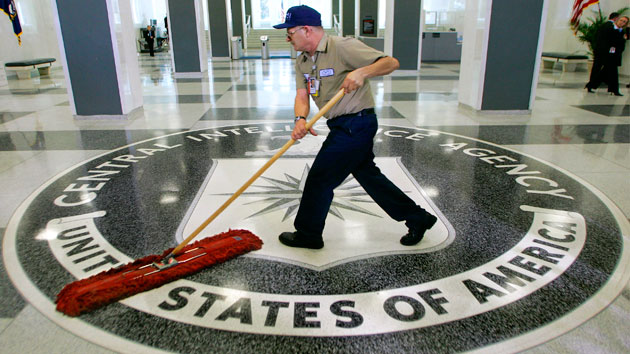 There is something more troubling in the Senate intelligence committee’s torture report than the brutal depictions of the extreme (and arguably illegal) interrogation practices employed by CIA officers in the years after the 9/11 attacks: the lying.

The accounts of rectal rehydration, long-term sleep deprivation, waterboarding, forced standing (for days), and wrongful detentions are shocking. And the committee’s conclusion that CIA torture yielded little, if any, valuable information (including during the hunt for Osama bin Laden) is a powerful counter to those who still contend that so-called enhanced interrogation techniques are effective. But the report presents a more basic and profound question that the nation still faces in the post-torture era: Can secret government work? In fact, while pundits and politicians are pondering the outrageous details of the executive summary, not many have realized that the report, in a way, presents a constitutional crisis.

The basic debate over torture has been settled. In his first days in office, President Barack Obama signed an executive order outlawing the use of these interrogation methods. Since then, the question has been what to reveal about the CIA’s use of torture during the Bush-Cheney days and whether anyone ought to be prosecuted. But those matters, too, have been mostly resolved. The committee’s report was released after a lengthy struggle between the CIA and Sen. Dianne Feinstein, the Democratic chairwoman of the panel; and in his first term, Obama ruled out criminal prosecutions of officials and officers engaged in sketchy counterterrorism actions in the previous administration. But there is a foundational issue that remains: how the US government conducts clandestine operations. The Senate torture report raises the possibility that much-needed checks and balances may not function because of CIA mendacity.

In a system of democratic government, if it is necessary for the military or the intelligence community (which both operate under the authority of the president) to mount covert operations to defend the nation, they are only permitted to do so with oversight from people elected by the voters—that is, members of Congress. The premise is simple: No government agency or employee can engage in clandestine activity, such as secret warfare, without some vetting. The vetters are surrogates for the rest of us. They get to see what’s happening—without telling the public (unless there is a compelling reason to do so)—and they’re supposed to make sure the spies, the spooks, and the secret warriors do not go too far and end up jeopardizing US values and interests.

That can only work if the legislators assigned to that oversight mission actually know what the spies and operatives are doing. And they cannot know what the CIA is doing if the CIA lies to them about it. According to the Senate Intelligence Committee, the CIA repeatedly lied about its controversial interrogation program.

The Senate torture report offers an appalling narrative of CIA prevarication. In fact, anyone who has read the major congressional reports on intelligence activity and abuses in the four decades since the Church Committee first revealed CIA wrongdoing would find the new report shocking in terms of its depiction of CIA lying (though it does not use the l-word).

This is a tremendous amount of CIA misrepresentation.

This is a tremendous amount of CIA misrepresentation. It is difficult to read these pages and wonder whether a system of accountability can work. Last March, it did seem oversight had completely broken down, when it was revealed that the CIA had spied on Feinstein’s investigators. Oversight can only succeed if there is a degree of trust between the lawmakers who watch and the spies who are watched. And at that point, not only was trust gone, an all-out bureaucratic war was being waged between the agency and the committee. John Brennan, the CIA chief, did insist publicly that his agency had not snooped on DiFi’s flatfoots. Yet that turned out to be false. And now the CIA and its cheerleaders, including former CIA officials who were in charge during the years of torture and obfuscation, are mounting a PR battle against Feinstein and the report, claiming it is 6,600 pages of off-the-wall distortions.

All this prompts the question: Is the oversight system beyond repair? One reasonable reading of the report is that the CIA cannot be relied upon to share accurate information about controversial practices with its overseers in Congress and the executive branch. That would mean effective oversight is not possible. And if a congressional inquiry of CIA practices triggers a full-scale battle between the agency and the committee, that, too, would indicate the CIA might be too tough to monitor. Moreover, if the agency and the lawmakers tasked with scrutinizing CIA actions cannot agree on basic realities, that also does not bode well for oversight.

The torture—as far as we know—is over. But the CIA’s secret war against Al Qaeda, ISIS, and other extremists continues, as does a host of other covert actions conducted by US intelligence agencies and military services. The Senate intelligence committee’s torture report and the conflict surrounding its investigation call into question the basic rules that are supposed to ensure accountability when American spies and soldiers have to toil in the shadows. This is a matter for President Obama and Congress to come to terms with—though there seems to be little appetite for such follow-up to the Senate torture report. The report is not merely an accounting of a dark past that can now be permitted to slip away; it is a warning sign of an alarming and fundamental problem: Secret government is not working—and it might not be workable.