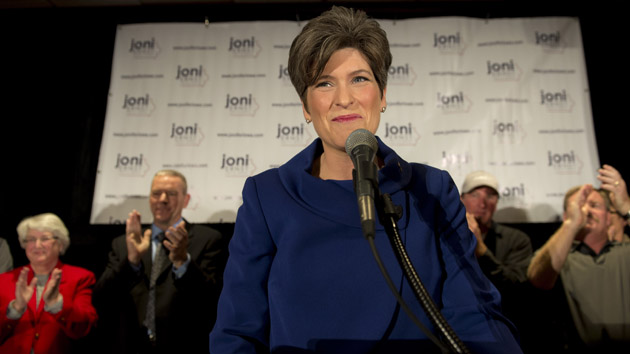 Republican leaders selected Joni Ernst, Iowa’s new senator, to deliver the party’s response to President Obama’s State of the Union address Tuesday night. Rebutting the president is an honor parties often give to a rising star—a way to introduce a Future Leader of The Party to a primetime, national audience. It’s also a thankless task; Republicans have frequently flubbed the speech during Obama’s years in office.

But in many ways, Ernst is the perfect choice for the Republican rebuttal, because she personifies the fusion of the tea party and the GOP establishment. As I wrote in a feature on Ernst shortly before the election:

If elected, Ernst would almost certainly be among the most conservative senators in the country. Yet she owes her rise to prominence not to the tea party, but to the Rotary Club types—the GOP establishment, which urged her to run and bet that her biography and folksy political charm would matter far more than her extreme policy positions. She is somehow both the handpicked champion of the mainline business-minded wing of the Republican Party and a hard-right conservative reactionary—the logical end-result of the ongoing merger of the tea party and the rest of the GOP.

Ernst’s combination of right-wing and mainstream support isn’t her only strength. She also has a deeply appealing personal story and an easy manner that distracts voters and journalists from her extreme policy positions. Although she began to tone down her rhetoric at the end of her Senate campaign, Ernst holds a host of fringe views. She thinks the Department of Education and the EPA should be eradicated. She wondered about United Nations plots to take over Iowa farm land. She wants same-sex marriage to be illegal. She called Obama a dictator. She dislikes the federal minimum wage and has said states can nullify any federal law they dislike. And she’s thrown her weight behind a “personhood” amendment that would grant full legal rights to fetuses.

None of these views are likely to get an airing on Tuesday night. Instead, Ernst will probably adopt the same tactic she relied on last fall: trumpeting her appealing personal story and glossing over messy policy details.

But Ernst can’t avoid her beliefs entirely. Florida Rep. Carlos Curbelo is slotted to delivery a Spanish-language translation of Ernst’s response—a fine bit of ironic juxtaposition since, as I reported in October, Ernst thinks that the government should declare English the official language of the country.