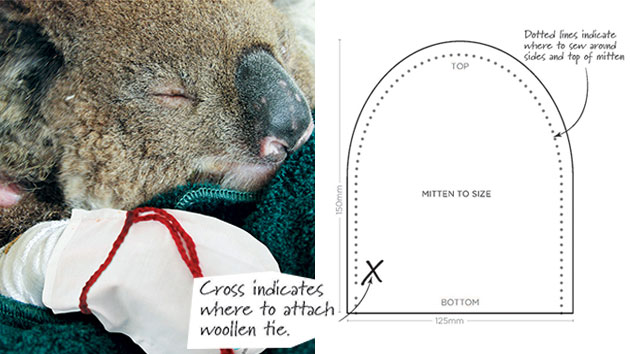 After record-breaking fires hit the Adelaide suburbs in South Australia last week, an emergency call went out on social media, which was then quickly picked up by the international news media: Injured koalas need cotton mittens to protect their burned paws! Since then, according to the Australian Broadcasting Corporation, thousands of pairs of mittens have poured into Australia from all around the world. “We’re now getting offers from as far afield as Russia, Kazakhstan, China, the UK and the US,” said Josey Sharrad from the International Fund for Animal Welfare (IFAW), which put out the request. “It’s truly phenomenal.”

The wildfires destroyed 27 homes and charred nearly 50 square miles. Koalas are especially vulnerable because they live in trees, which are the very fuel for the fires, and koalas just aren’t very fast.

The group even published a pattern to help avid sewers around the world: 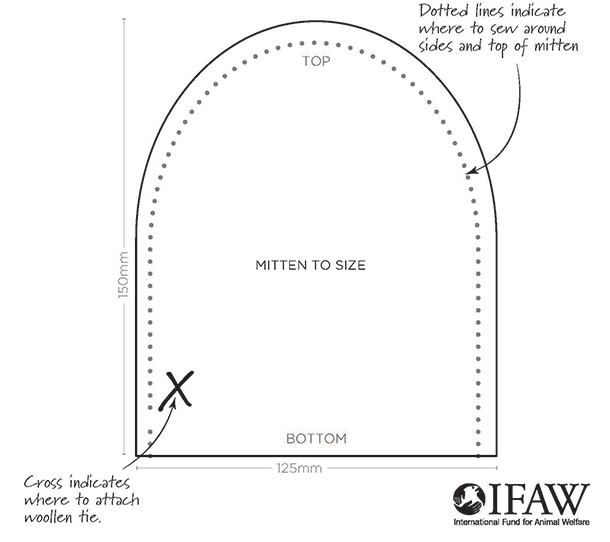 But perhaps don’t dig out that old sewing machine just yet. There’s dissent in the wildlife community about the best way to help the koalas, and their burned paws.

The Australian Marine Wildlife Research and Rescue Organization (AMWRRO), a rescue and rehabilitation group based in South Australia, says the mittens are unnecessary and may even hinder the koalas’ recovery. AMWRRO is the organization that first published the photo of now-famous “Jeremy,” whose four paws were being treated for “second-degree partial thickness burns”:

AMWRRO has now put out a warning on its Facebook page: “Please note AMWRRO does not require mittens as they impede the animals ability to hold leaf and branches verses that of specific bandaging techniques as shown in previous images.”

In any case, the great mitten campaign is over. IFAW now says they have more than satisfied the need for koala mittens, and now the group’s attention has turned to other injured wildlife. “This began as a small regional effort, and in Australia we are now moving to work with local people to create cozy pouches for other wildlife like possums, kangaroos and wallabies that are also at risk from bushfires,” the IFAW said in a statement.

P.S. I know you want to know. Jeremy is doing a lot better now:

And here he is, back to eating leaves!