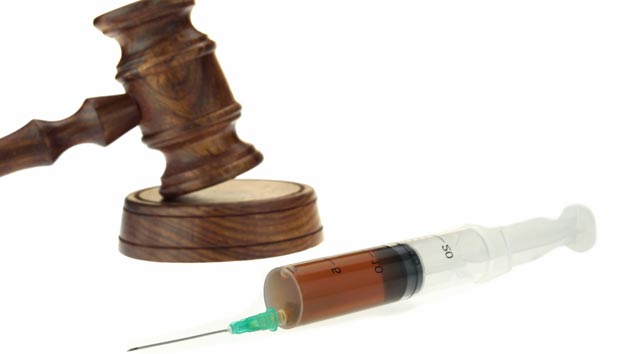 Four years ago, vaccine-skeptical German biologist Stefan Lanka posed a challenge on his website: Prove to him that measles is, in fact, a virus. To the first person who could do that, he promised a whopping 100 thousand Euros (about $106,000).

Despite loads of long-standing medical evidence proving the existence of the measles virus, Lanka believes that measles is a psychosomatic disease that results from trauma. “People become ill after traumatic separations,” he told a German newspaper.

German doctor David Barden took him up on the challenge. Barden gathered six separate studies showing that measles is indeed a virus. Lanka dismissed his findings.

But today, a district court in southern Germany found that Barden’s evidence provides sufficient proof to have satisfied Lanka’s challenge. Which means Lanka now has to cough up the promised cash.

This issue has taken on new urgency due to a measles epidemic in Berlin that began in October. Health officials announced last Friday that 111 new cases had been reported in the previous week, bringing the total number to 724. The majority of those affected are unvaccinated; last month an 18-month-old died of the disease.

Lanka said he plans to appeal the court’s decision.